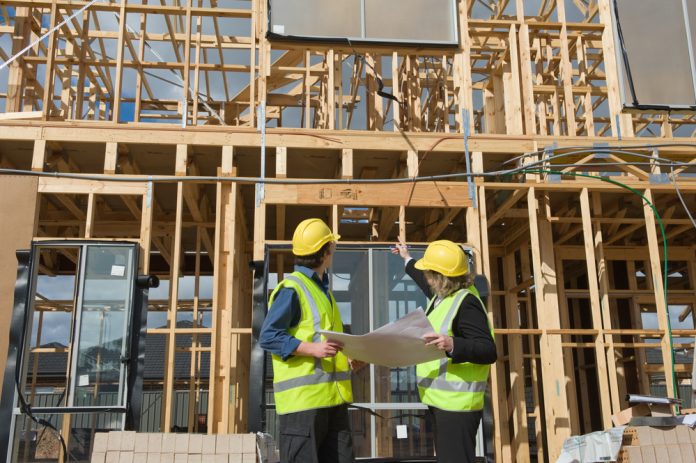 Senate Bill No. 1239 notes that despite the amendments and related laws and regulations in the building code through the years, there is still an urgent need to strengthen the overall policy for the construction of properties in the country. It adds that the Philippines’ geographical location along the borderline of major tectonic plates and at the center of the typhoon belt makes the updating of legislative measures even more necessary.

Identifying disaster preparedness as the key to saving lives and properties, the proposed law seeks a collaboration of different sectors, under the leadership of the Department of Public Works and Highways (DPWH). It outlines several reforms, including streamlining the building classification and permit application process, consideration of multiple hazards and new factors in building design, and regulations for old buildings’ assessment and maintenance.

At the same time, it seeks to create an inter-agency and multi-sectoral regulatory body, and hopes to give incentives for retrofitting and for using environmentally sound and sustainable materials and technologies.

The goal of the bill is to enhance the safety of lives, preserve the environment, reduce risks, uphold public welfare, and promote sustainable development. The author of the bill adds that he hopes the proposed measure will give rise to responsible and sustainable nation-building, making the country a prime example of world-class standards.

Earlier in October, the plan to review the building code already floated in the House of Representatives, according to a different Philstar report. Aside from updating the policy, Speaker Alan Peter Cayetano wanted to ensure that the agency implementing it will be distinct from the body supervising the compliance. The plan followed after an earthquake with a 6.6 magnitude struck Cotabato.

Despite the significant damage left in infrastructures in different towns by the 6.6-magnitude earthquake, Mindanao’s airports remained intact. These include the Butuan Airport, Davao International Airport, Cotabato Airport, General Santos International Airport, and Laguindingan Airport. Conducting inspections, the Civil Aviation Authority of the Philippines (CAAP) and the airports’ corresponding engineering teams found that the runways, terminals, and other facilities did not sustain any damage.

This proved vital not only in resuming regular operations but also in improving mobility in terms of giving aid to affected areas. Local authorities strive to make Mindanao more resilient against natural calamities while positioning it as a prime economic hub.

Towards a Globalized Mindanao

Southern Philippines is among the biggest beneficiaries in the administration’s Build, Build, Build program. The government earmarked over P7 trillion for the construction of infrastructures in Mindanao until 2022. Projects aim to build, expand, and upgrade airports, seaports, and maritime facilities.

Mid-year, the government inaugurated the country’s biggest port terminal in Cagayan de Oro. The construction of the new airport in Bukidnon, meanwhile, is in full swing. Recently, the DPWH announced that the design study of road improvement projects in the Bangsamoro Region will begin already, as shared by Manila Bulletin.

The first phase of the Mindanao Railway Project, which is designed to connect Tagum and Digos City, will start construction early next year. The rebuilding of war-stricken Marawi, another priority project of the government, is near completion in terms of clearing operations. Soon, the building of infrastructure inside its most affected areas will be seen between December 2019 to March 2020, Rappler reported.

With the boom in infrastructure development, experts expect an influx of real estate investments. In key cities like Davao, there’s already a steady demand for property, particularly condominium units. In the forum entitled Davao on the Rise, cited in the 2019 trend report Cavite, Bacolod, and Davao Real Estate Spotlight, Lamudi’s CEO Bhavna Suresh explained that seekers include Filipinos based abroad. She explained that condo units are in demand, considering the convenience they offer with their strategic locations.

Aside from the infrastructure development and the market demand, the ease of setting up businesses in Metro Davao is also seen to push property developers to invest in projects. The city, for one, has a one-stop-shop renewal of mayor’s permit and business permits. It boasts of an extensive infrastructure network and cost-effective digital connectivity. Moreover, its crime volume remains the lowest in the country.