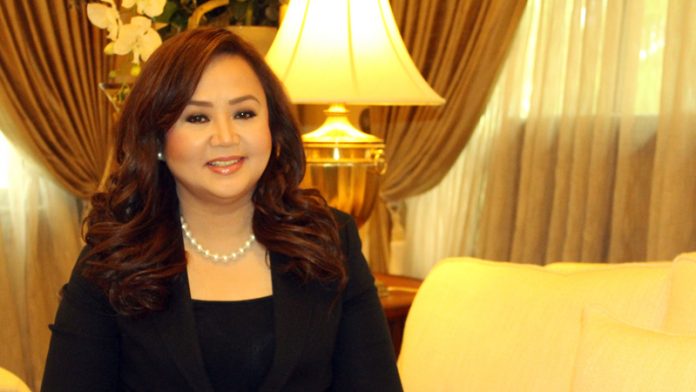 For International Women’s Month, let’s celebrate the women who are shaping Philippine real estate into what it is today and revolutionizing it towards a more progressive future.

Behind one of the country’s top construction firms is a woman.

Through hard work and determination, she has broken the proverbial glass ceiling of this male-dominated field and has established a reputation for completing each project exacting quality standards and integrity.

A family of entrepreneurs

Alice and her three siblings are no strangers to entrepreneurship. The family owned a garments export business in Manila, a rice milling business in Bocaue, Bulacan, and a rice trading business in Nueva Ecija.

Ironically, her parents wanted her to pursue a medical career, either as a doctor or nurse. Alice eventually completed a management degree from the University of Santo Tomas.

In 1995, an opportunity would knock on her door.

In an interview with Philippine Tatler, Alice recalls, “My first break came when our family’s rice mill was supplying rice to the office of Concrete Aggregates (CA) in the ‘90s. I had developed a good rapport with the CA team and they encouraged me to supply other items to them, in particular, steel splices. It’s a construction material specific to concrete piles that are, in turn, used for building structural foundations.”

She went on to learn about the business of foundations and piling works. Sta. Elena Construction Development was born not long after.

On to bigger things

Having withstood the 1997 financial crisis, Alice was determined to take her business on to greater heights.

Sta. Elena was one of the few companies equipped to take on a large project such as SM Mall of Asia; unsurprisingly, it won the bid and proceeded to build more SM malls in Bacolod, Cabanatuan, Tarlac, Pampanga, Seaside Cebu, and Olongapo. It is also the construction firm behind One, Two, and Three E-com Centers and the Sea, Shell, and Shore Residences of SM Development Corporation.

But there was more to come. Paranaque’s Entertainment City became Sta. Elena territory, as it completed projects like Solaire Resort and Casino, City of Dreams, Belle Grand Casino and Resort, and Manila Bay Resort.

Infrastructure projects such as Sarrat Bridge in Ilocos Norte, Pantal Bridge in Pangasinan, as well as the NLEX and SCTEX are also part of Sta. Elena’s impressive portfolio.

With Alice at the helm, Sta. Elena won the bid to develop the $600 million First Gen-Siemens Power Plant in Batangas. This makes Sta. Elena the first local contractor hired by Siemens, proof that the company has met international standards.

Sta. Elena is now an AAA-rated company, which means it has a capitalization of at least P300 million and is qualified to bid for billion-peso projects.

This mother of three is a believer in paying it forward. Her success in the business has put her in the position to give back to society. She is a patron of the Philippine General Hospital, particularly of the Pediatrics-Hematology-Oncology unit, wherein she aims to give hope to young cancer patients.

She also inspires and mentors aspiring entrepreneurs through Go Negosyo, a program which aims to encourage an entrepreneurial mindset among Filipinos.

A woman excelling in a man’s world

The construction business is tough and requires nerves of steel. Is being a woman an advantage or a disadvantage in the industry? How did Alice differentiate herself from the rest?

Alice thinks success in construction, or in any business for that matter, goes beyond gender; it should not be a factor in delivering a job well done. If you dream big and are prepared to do what it takes – beat deadlines, deliver quality work, conduct transactions ethically, and continuously learn – great things are coming your way, whether you’re male or female.

Having said that, Alice believes in empowering the women around her; a significant part of her workforce is female. She also makes sure that the women in her team are able to go home on time to spend time with their families; work-life balance is paramount.

She aimed to succeed, and succeed she did, changing the Philippine property landscape and uplifting lives along the way.

Iloilo: A Prosperous Center of Trade in Western Visayas

Condominiums in the Summer Getaway Spot of Tagaytay

Work-Love Balance: How This Couple Succeeded in Work and in Love Together

Loving without Limits: A Nurturing Place for Children under Street Situations

Life at its Most Convenient: The Pillars of the Microtownship Lifestyle

Love Should Make You Feel at Home