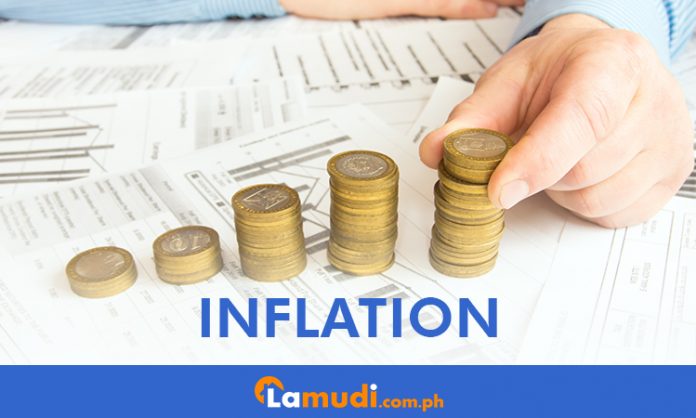 Christmas is just a few weeks away and is sure to generate a lot of commercial activities. There will be a lot of shopping involved as well as gatherings with family and friends. Traditionally, there is a release of new money into the economy at around this time. Will it be enough to cause inflation? Hopefully, the price of goods and services will be at acceptable levels throughout these happy occasions.

What is the main cause of inflation?

Introducing crispy peso bills and shiny new coins could momentarily drive prices higher through increased spending. It would then result in higher interest rates, making it more difficult for people to pay for goods and services. The eventual reduction in the money supply causes prices to stabilize. This is a theory based on monetarism. It was created by the Nobel Prize winner Milton Friedman in 1967.

Monetarism, however, does not tell the entire story. Additional money supply is no longer a reliable indicator of inflation since people could still be willing to spend otherwise. Increased value in other assets such as stocks or real estate could make them feel wealthy regardless of liquidity, leading to them spending because of it.

The leading consensus on the cause of inflation is demand-pull inflation. It occurs when demand outpaces supply. Another reason, though less prevalent, is cost-push inflation. Here, consumers are willing to spend more money for products or services due to lower supply. The reduction in supply is usually attributable to:

What do you mean by inflation?

This is a fundamental term in economics which deals with the increase in prices of goods and services within a certain amount of time. It affects the purchasing power of a certain currency by reducing its value. This will make it more difficult to pay for everyday necessities such as food, gasoline and utilities. It would, in turn, increase the cost of living in a certain location and potentially decrease the perceived quality of life. Those who want to protect themselves from inflation usually invest their funds in the stock market or real estate.

Is inflation good or bad?

This depends on where you are situated. If you own stocks or real estate, you would welcome inflation since it pushes the value of your assets higher. This will then allow you to sell it at a better price. If you are the buyer of either asset, on the other hand, you would need to pay more for the same thing, possibly at higher interest rates.

Those holding onto a lot of cash may also find this scenario unfavorable. It reduces the overall worth of their assets because they were unable to hedge against inflation.

What happens when inflation is too high?

Excessive inflation is generally not good for the economy. It causes the central bank to intercede by driving up interest rates, which may lead borrowers to look into refinancing or diversifying their portfolio of assets. This would hinder the production of new money, resulting in more difficulties for consumers until prices stabilize. There is also the potential of uncertainty within such a period. This is because consumers become uncertain whether the value of their money can eventually pay for the increase in the cost of living expenses.

Who benefits from inflation and who gets hurt by inflation?

This hinges upon the status of the individual or business prior to inflation. It provides lenders with increased borrowers since the latter would require more credit. They need to compensate for the reduced value of their cash, especially when they entered into large purchases on installment. This is on account of wages not yet increasing.

Those who keep their savings in the bank would see the value of their money erode over time. Borrowers who took out a loan prior to inflation could benefit once wages increase during inflation. This is because of the increase in cash on hand, making it possible to pay for debt faster. The value of the debt remains the same.

What are the advantages and disadvantages of inflation?

There are various pros and cons during this period depending on your situation before inflation occurred. It essentially has a negative impact on those who have fixed incomes and those who borrow on variable interest rates. Exporters are also less able to compete in the market. On the other hand, those who have invested in commodities and real estate stand to gain on their investments. Those who loaned money on fixed interest also benefit from this scenario.

From Renting to Owning: Are You Ready to Make the Switch?

Santa Rosa: The Lion City of the South