House and lot For Sale in Makati, Metro Manila

House and Lot for sale in Magallanes Village Makati City

Dasmariñas, Makati
Code : DS881814 Category : For Sale Project : Dasmariñas Village City :  Dasmariñas Makati City, Metro Manila Size : 880 sq.m Price per sqm: Php 430,000.00 Selling Price : Php 378,400,000.00 Details of the Property: •  Old house but good as LOT Dasmariñas Village is a private subdivision and gated community in Makati, Metro Manila, Philippines. It occupies 187.21 hectares and is bounded by Epifanio de los Santos Avenue (EDSA) to the north, McKinley Road to the northeast, Pili Avenue/Forbes Park South to the east, Maricaban Creek to the south, and Ecology Village to the west. Politically, it is roughly coterminous with Barangay Dasmariñas. According to the 2010 census, it is inhabited by 5,654 people. The village is managed by the Dasmariñas Village Association (DVA). For more details and viewing; Bien Singson-Lim
₱ 378,400,000
880 m²
Floor area
View More Info
Contact Agent

Dasmariñas, Makati
This property is located in one of the nice streets inside the very exclusive Dasmarinas Village Makati City. It has a lot area of 1,300sqm and has four (4) bedrooms with ensuite bathrooms. The house has a spacious den, swimming pool and lanai. There are also maid's room and driver's quarter each with own toilet and bath. The  garage can accomodate 6 to 8 cars. Price: 400k/sqm or P523,200,000.00
₱ 523,200,000
4
Bedrooms
1300 m²
Land Size
View More Info
Contact Agent

North Forbes, Makati
A modern bungalow with three-bedrooms.  With some sprucing-up, this house has a great potential.  This fully-concrete bungalow sits on a 1,400square meter lot making it affordable compared to the usual big sizes. It has 3 bedrooms with own toilet and bath, den, lanai and big garden.
₱ 650,000,000
3
Bedrooms
600 m²
Floor area
1400 m²
Land Size
View More Info
Contact Agent

House and Lot in Dasmarinas Village for sale

Modern Townhouse for Sale in Makati Three Storey with Carport-MD 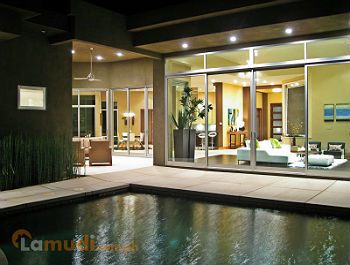 Located in the middle of bustling Metro Manila is the cosmopolitan city of Makati - one of the 17 cities and municipality that make up the National Capital Region. The city has a total land area of 27.35 square miles and a population of 529,039 as of the 2010 statistics. It is one of the most competitive, progressive, and developed cities in the country, and perhaps the most popular place in Metro Manila.

Many people may not know that before Makati became a city and a part of the capital, it used to be a town that was once part of the Rizal Province - it was actually considered as a place of pilgrimage. Spanish missionaries built churches and seminaries to introduce Roman Catholicism as the religion to its early settlers. One of these churches that are still standing today is the Our Lady of Guadalupe, which is now the National Shrine of Our Lady of Guadalupe.

During the American era, the city was the home of the Philippines’ only airport: the Nielsen Airport, which was located in the area that is now part of the Ayala Triangle Park.

It was only in the 1950s when the city was developed. It soon flourished to become the country’s first financial center. Today, the Makati Central Business District (CBD) is the country’s most important business district. It is home to the headquarters of multinational and large local companies, banks, the Philippine Stock Exchange, and the country’s tallest skyscrapers.

The area is a highly desirable place to live in thanks to these noteworthy features. Many people want to buy a house for sale in Makati, particularly in their luxurious gated neighborhoods, despite the steep prices of real estate here.

House for Sale in Makati: A Popular Choice 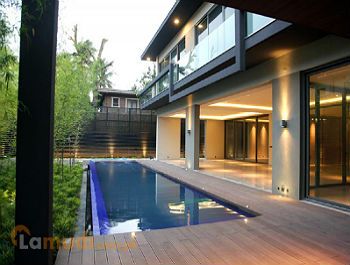 However, a house and lot for sale in Makati isn’t the only option, especially for people who may not be able to afford its price. There are also more affordable housing options such as renting or buying a house in the smaller, less well-known subdivisions and villages. These can be found in many of the barangays, and they offer townhouses for sale, duplexes, and single-family houses. Such can be found in the following locations:

Makati offers a more cosmopolitan living to would-be residents compared to the other cities of Metro Manila. The city is home to many reputable schools, is served by good transport links and a line of commuter trains, has topnotch hospitals, and is home to some of the most high-end shopping malls of Metro Manila. The city is the country’s foremost business district, so employment opportunities abound as well. This is the main reason why many people opt for a house and lot for sale in Makati to make the city their permanent address.

Can you buy a house and lot for sale in Makati thru Pag-IBIG financing?

Yes, you can buy a house and lot for sale in Makati thru Pag-IBIG financing. This financing option may make it easier for you to afford a property in a prime location like Makati.

Is there a 3-bedroom house and lot for sale in Makati?

Yes, there are 603 3-bedroom houses and lots for sale in Makati. Though Makati’s business district is quite congested, these sprawling houses provide plenty of space to move around freely.

Find Other Properties in Makati