A. Sandoval Ave Pinagbuhatan, Pasig
Wake up to an abundance of joy, as Phinma Properties brings families their special abode in the city—Arezzo Place. Situated on the quieter side of Pasig, this f...
₱ 3,000,000
1
Bedroom
1
Bath
30 m²
Floor area
View More Info Contact Agent
New Development
16

RFO Condo near Ateneo De Manila,Miriam College and UP

Located in the heart of the Philippine archipelago in the Luzon region is a metropolitan blooming with color and vibrancy. National Capital Region (NCR) or commonly called as Metro Manila is the capital district of the country and is composed of sixteen (16) cities namely; the City of Manila, Caloocan, Las Pinas, Paranaque, Makati, Pateros, Valenzuela, Muntinlupa, San Juan, Taguig, Quezon City, Pasay, Pasig, Mandaluyong, Malabon, and Marikina. Encompassing a land area of 246.55 square miles and a population of 11,855,975 people based on the 2010 statistics, it is the country’s center of trade, culture, finance, politics and education.

Three of the country’s major business centers are situated in the capital district. Makati Central Business District (CBD), the largest of all, is host to local and international companies, major banks as well as prime shopping centers and recreational hubs. Same goes with Ortigas CBD in Mandaluyong and Taguig’s posh Bonifacio Global City (BGC). Notable schools and universities are also situated in Metro Manila most especially in the University Belt – an area where most colleges and universities are located. Reputable universities such as De La Salle University – Manila, University of the Philippines – Diliman, Ateneo de Manila University and Far Eastern University (FEU) are along the University Belt. 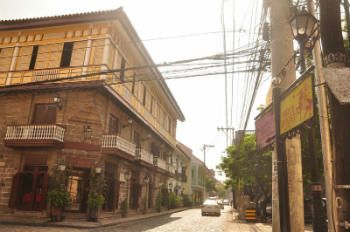 Why Purchase Property in Metro Manila

Residential properties around Metro Manila are increasing in numbers throughout the years as the district is experiencing rapid urbanization and an influx of locals and foreign nationals.

For individuals who plan to buy a house and lot, a condominium, a townhouse or an apartment around Metro Manila is highly recommendable. Aside from having a high investment return, it is located in the center of business, trade and education. From professionals to growing families, anyone can live here and experience a convenient and accessible lifestyle.
Find properties for sale
Quezon City
Makati
Taguig
Pasig
Parañaque
Manila
Mandaluyong
Las Piñas
San Juan
Muntinlupa