House and Lot for Sale in Ayala Alabang Village

Cupang, Muntinlupa
The development features four tandem-style, low density 14- and 20- floors residential towers that is partnered with 80% open space of world class amenities designed to cater to every individual lifestyle. The first tandem tower Anala offers children a safe haven with its “Fun Zone” to play with; Azalea is the 2nd tower and features “Green Urban Living” facilities; then we have Ajala which you’ll find “Sports and Hobbies” amenities; and the fourth tandem tower is Avani for “Health and Wellness” enthusiast. All amenities and facilities have space in mind. A luxurious lobby for you to welcome your guests, a spacious sky lounge where you can relax, and our outdoor area has 80% open spaces where you can run, meditate or play with your kids. Amenities: Entrance Welcome Fountain Luxurious Lobby Sky Lounge High Speed Internet Ready Backup Generator Garden Paths Well Maintained Gardens Pool lounge Reflecting pool Outdoor Area Lazy River Kiddie Play Area Adult Pool
₱ 3,036,800
1
Bedroom
1
Bath
23 m²
Floor area
View More Info
Contact Agent 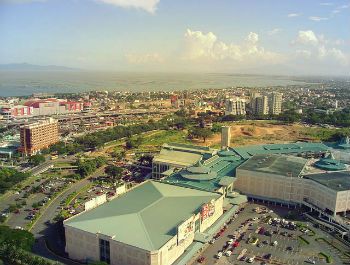 Some people view Muntinlupa in a negative light as the site of the National Penitentiary, also known as the New Bilidib Prison, where the country’s most dangerous criminals were incarcerated. The fact is however, city is one of the most dynamic and advanced districts in the Philippines.

Encompassing a total land area of 18.03 square meters and a total population of 459,941, it was one of the first cities to adapt the “NO PLASTIC” policy for environmental preservation and protection. The city’s local government unit (LGU) is actually considered one of the most transparent local governments, not only in Metro Manila, but also nationwide.

Long before it was converted into a highly urbanized city in 1995 it used to be a small town that prided itself for rebelling against foreign occupation. Majority of the townspeople joined the revolution against the Spanish lead by General Emilio Aguinaldo, who also became the first president of the country. It is a city that has witnessed one of the most iconic moments in Philippine History.

Today, the city is known for its developments and good governance. Two major real estate developers completely changed the landscape of Muntinlupa from a small town to a cosmopolitan commercial and residential district: 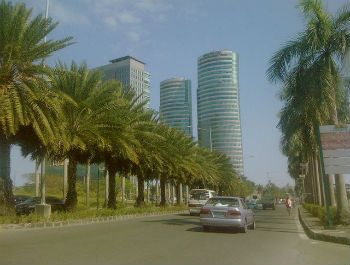 The Filinvest Corporate City is a 244 hectare prime property that houses many offices, residential properties, country clubs, restaurants, and luxury hotels. It is an ideal place to set up a business as the entire area has a comprehensive infrastructure system that includes:

The exclusive Ayala Alabang residential village and the Festival Supermall are also located here, making it an ideal place for residents as well. This area is sometimes dubbed as the ‘Garden City’ because of its parks, bike trails, and lush greeneries.

The Madrigal Business Park by Ayala Land is a smaller business hub situated along the Alabang-Zapote road. Many offices can be found here.