Land For Sale in Rizal

Lot for Sale in Cainta

Philippines, 1870, Antipolo, Marcos Hwy Inarawan, Antipolo
Exclusively Prime Lots for Sale in a community for the privilege few. If you are looking for a place where you can build your dream home, I highly suggest this...
₱ 2,520,000
252 m²
Land Size
03/09/2019
Available From
View More Info Contact Agent
12

Mahabang Parang, Angono
" Choose a home that fits your lifestyle. You should take advantage of living in a convenient location near schools, hospitals and commercial hubs. "THIS OVERLO...
₱ 6,468,100
947 m²
Land Size
05/09/2019
Available From
View More Info Contact Agent
13 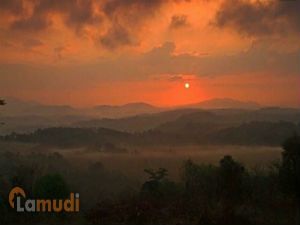 A Dazzling Place Rich with Opportunities

Named after the Philippine national hero, Rizal Province is adjacent to Metro Manila, where it shares the National Capital Region’s eastern borders, specifically with the cities of Taguig, Pasig, Marikina, and Quezon City. Being a mountainous province, Rizal is blessed with a cool climate, making it a popular weekend destination for those who want to escape the heat of Metro Manila. It also has a massive land area, which means there are plenty of places to visit and discover.

Travel to Rizal from Metro Manila is fast and easy. One can take a number of busy roads and thoroughfares connecting the province to Quezon City, Marikina, and Pasig. The most popular of these roads is Marilaque or Marcos Highway, where travel to Rizal is fastest if one’s coming from Marikina. The towns of Cainta and Taytay, on the other hand, are easily accessible via Ortigas Avenue, especially if one’s coming from Pasig. The province’s capital is Antipolo City, which is arguably its most populous and most prominent.

Antipolo’s high altitude allows onlookers a perfect nighttime view of the Metro Manila skyline. The bars and restaurants that dot Sumulong Highway are popular hangout spots, especially during the weekends, while the city also occasionally hosts sporting events, such as matches of the Philippine Basketball Association. Antipolo is also home to the venerated National Shrine of the Our Lady of Peace and Good Voyage, which is more commonly known as the Antipolo Church.

Considering a Lot for Sale? Rizal Has Many

Recently, infrastructure was given priority by the Philippine government with construction of the LRT-2 extension in Marcos Highway. Once finished, Rizal, specifically the city of Antipolo, will seem like an extension of Quezon City, and travel to this location from Cubao and downtown Manila will be faster and easier. This important infrastructure project is also expected to bring in further developments to the province, and this makes considering lots for sale in Rizal seem like a sound investment decision.

It is no secret that due to its proximity to Metro Manila, Rizal is among the most developed provinces in the Philippines. Thanks to its large and stably growing population, real estate companies are building not just shopping malls and leisure centers, but also plenty of residential developments, including subdivisions, townhouse estates, and condo projects. 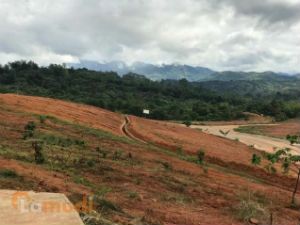 When it comes to the popularity and availability of a Rizal lot for sale, the city of Antipolo is perhaps the most searched for online. Various subdivisions and gated communities in Antipolo offer plenty of lots for sale. One of them is a 405 square meter residential lot situated in Sun Valley Estates in Inarawan. This property sits within a high-end resort-inspired community and is on offer for PHP 4.05 million.

For people with smaller budgets, then a 185 square meter corner lot for sale in Cainta is a better option. Situated within Filinvest’s Eastville Subdivision in Barangay San Isidro, this property is on offer for PHP 2.405 million.

These properties are just two examples of what awaits property buyers in the Rizal Province. The towns of Taytay and San Mateo are also great options, both of which boast plenty of gated communities and subdivisions from affordable and low-cost housing to high-end resort-inspired estates. Whichever property is chosen, the verdant surrounds, cool climate, and rapid development make Rizal a contender in the best places in the Philippines to buy land in.