Apartment For Rent in Cainta, Rizal San Andres, Cainta
Experience living in the east side of Manila, town proper, it’s home away from home. This unit has 2 bedrooms located at the mezzanine level. Shower and toilet room is located downstairs. Kitchen has ref, microwave, rice cooker, and stove. There’s Wifi, Ethernet and telephone. Premium Cable channels and Netflix. Laundry area has washing machine. The space Bigger area for dining and lounging with your friends or family. Guest access The entire house is for the guest’ use. Ample space for dining and entertaining makes this apartment unique from other homes. Other things to note No smoking inside the house. Small backyard for barbecue or drying clothes. Bedrooms are air-conditioned, common areas such as kitchen, living room and dining room downstairs have electric fans. The toilet and shower are downstairs. Each bedroom sleeps 2. The unit can accommodate up to 6 persons with no extra charge for the 5th and 6th guest when sharing beds. For your convenience, we can provide extra floor mattress, towels and beddings for an additional fee. P45K for month-long stay
₱ 45,000
2
Bedrooms
1
Bath
65 m²
Floor area
View Info
Contact Agent

Room for Rent in Village East Cainta (For Ladies Only) Cainta, Rizal

Santo Domingo, Cainta
For Ladies Only! Homely, quiet, clean, spacious boarding house inside Village East Exec. Homes. The village is just infront of SM Hypermarket. The room goes with a huge common living room with TV, kitchen with refrigerator and cooking area, and 3 common bathrooms for just a low as P5,000. Basic electricity such as lights and electric fans are included in your rental fee, except for additional electrical gadgets or appliances which will be charged with minimum monthly fees. Water bill is equally shared among tenants.  Very near to the Church and Clubhouse where you can make use of swimming pools and other clubhouse amenities. Parks and Basketball courts abound in various areas of the village. You may also like to join or be a member of our Tennis Club to enjoy our famous tennis court.  Access to WIFI is also available with a minimal additional fee. Minimum of 6 months contract with one month advance and one month deposit required. Apartment property for rent in Santo Domingo, Cainta, Rizal
₱ 5,000
5
Bedrooms
3
Baths
View Info
Contact Agent

Room for Rent in Cainta, Rizal

San Andres, Cainta
Room for two (2) available and ready. MOVE IN!P3,499/room-1month advance 2 months deposit-light and water included-Good for 2/room-2 bedspace/room; Double decker bed provided;Shared kitchen, toilet and bath. You may use a separate toilet and bath located at the ground floor.Inclusive*use of bed w/ matressExclusiveLight and waterParking for Motorcycle available for an additional minimal feeAre pets allowed in the common areas; not inside the bedrooms.Located at Blk 25, KABISIG, San Andres, Cainta. Along Floodway. Near Cambridge Village
Contact agent for price
1
Bedroom
1
Bath
View Info
Contact Agent

Bedspace for Female in Cambridge Village/Condo near Ortigas Ave Micro Studio Double For Rent near Bridgetowne IPI in Pasig

6 Bed Standard Room For Rent near Bridgetowne IPI in Pasig 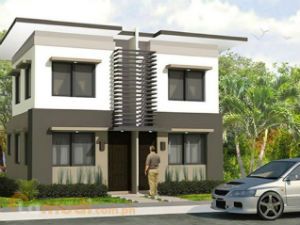 If you want to live outside of the capital, yet not be too far from Metro Manila, then an apartment for rent in Cainta, Rizal is the answer to your problems.

Bordered by Pasig and Quezon City to the west, Marikina to the north, and Pateros and Taguig to the south, Cainta—which may be considered the richest municipality in the Philippines—is one of Rizal’s local government units that sits very close to Metro Manila. As a result, the municipality attracts plenty of Metro Manila workers looking for quality yet affordable homes in areas situated within short driving distance from the Philippine capital.

In fact, the city is now home to many real estate projects, mostly subdivisions and gated communities, from some of the country’s largest developers. These include Filinvest Land and the Megaworld subsidiary, Empire East. These newer real estate projects sit next to older subdivisions, including Greenwoods Executive Village, Don Mariano Subdivision, and Mercedes Executive Village, among many others. It is in these enclaves where one can find a comfortable and convenient apartment for rent in Cainta, Rizal.

How To Get to Cainta

Cainta is known as the gateway to Rizal province from Metro Manila via the Marikina-Infanta Highway. The main thoroughfare that serves the area is Ortigas Avenue Extension, which feeds into Ortigas Center, Mandaluyong, and San Juan to the west, and Antipolo City and Tayatay in the east. Cainta is also accessible via Felix Avenue which connects it to Marikina.

There are point-to-point bus service lines that link Cainta to Makati CBD, as well as to the rest of the nearby provinces. One can also take PUVs, taxi cabs, and jeepneys to get to the city from Mandaluyong, Quezon City, Pasig, and other Rizal towns.

The Perfect Apartment for Rent in Cainta Rizal

An apartment for rent in Cainta, Rizal ranges from an affordable studio-type unit in San Juan that goes for Php 3,900 a month to a two-bedroom apartment in San Isidro with parking included for Php 20,00 a month.

These properties, which are situated close to the Junction area of the city where Ortigas Avenue Extension and Feliz Avenue meet, are highly accessible from either Ortigas Center, Barangay Kapitolyo in Pasig City, Eastwood City, and Bonifacio Global City through C5 Road. Plenty of people who work in these business districts live in an apartment for rent in Cainta, Rizal, since it isn’t so far away from these areas. 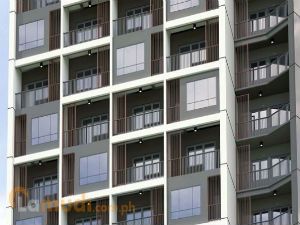 In addition to its proximity to Metro Manila, the city is also a vibrant urban area in its own right. The municipality is home to many shopping and leisure areas, including Sta. Lucia East Grand Mall, Robinsons Place Cainta, and SM Center Cainta, not to mention countless big-box retailers in the Junction area.

The city also hosts a number of manufacturing facilities of some of the country’s largest companies, including biscuit manufacturer Monde M.Y. San Corporation and Lucio Tan’s Fortune Tobacco.

There are also many schools in the city, including colleges and at least one university, like Roosevelt College, St. John Bosco Institute of Arts and Sciences, and the Cainta campus of the University of Rizal System. This, in addition to numerous private and public primary and secondary schools, make it the perfect location to find an apartment for rent in Cainta, Rizal for families and individuals alike.

Is there a bedspace apartment for rent in Cainta, Rizal?

Yes, there are bedspace apartments for rent in Cainta, Rizal. This is an incredibly affordable way to stay in the city.

Is there a studio apartment for rent in Cainta, Rizal?

Is there a cheap apartment for rent in Cainta, Rizal below 10k?

Yes, there are cheap apartments for rent in Cainta, Rizal below 10k. Despite their affordability, these apartments still provide everything you need to live comfortably in the city.

Find Other Properties in Cainta