House and lot For Sale in Tayuman, Rizal

Ready for Occupancy House and Lot For Sale In Tayuman Binangonan,Bare

House and lot with 2 car garage for sale

RFO 3BR House and Lot for Sale in Binangonan Rizal

0.5km
Bilibiran, Binangonan
Meadows at East Ridge is located at the hills of Angono and Binangonan Rizal.  Enjoy the panoramic views of Laguna de Bay, skylines of Ortigas and Makati Centers and the nearby Rizal towns not to mention the lush greeneries of the surroundi...
₱ 4,770,000
3
Bedrooms
66 m²
Floor area
88 m²
Land Size
View More Info Contact Agent
3

Spacious Single House and Lot for Sale in Angono Rizal

Looking for House and Lot along National Road? Come and Visit Summer Hills

3-Storey Townhouse for Sale in The Villages at Lipa, Sierra Village, Batangas

2-Storey Townhouse for Sale in The Villages at Lipa, Brook Village, Batangas

2-Storey 3-Bedroom SA for Sale in The Villages at Lipa, Brook Village, Batangas

3 Bed with Attic - Complete spacious house near the City center

The Villages at Lipa the next big thing in the South

1.1km
Bugtong Na Pulo, Lipa
Dream big and give your family a great start at Brook Village, where a beautiful home in a guarded and gated community can be yours.✅ Find a home in clusters of...
₱ 3,516,964
4
Bedrooms
80 m²
Floor area
100 m²
Land Size
View More Info Contact Agent
7

2-Storey 4-Bedroom SA for Sale in The Villages at Lipa, Brook Village, Batangas

2-Storey 4-Bedroom SD for Sale in The Villages at Lipa, Sierra Village, Batangas

Affordable but Elegant House and Lot for sale

The Villages at Lipa for sale

1.1km
Bugtong Na Pulo, Lipa
GET YOUR PIECE OF THE NEXT BIG THING!BE THE 1 HOME OWNERS AT THE VILLAGES AT LIPAExperience redefined residential living at the south.If you’ve missed out on ur...
₱ 7,000,000
4
Bedrooms
150 m²
Floor area
150 m²
Land Size
View More Info Contact Agent 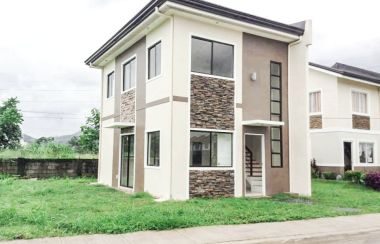 Barangay Tayuman, not to be confused with the Tayuman area in Manila, comprises a coastal area fronting the Laguna Bay and an island. It is situated within the metes and bounds of the Municipality of Binangonan, and further within the Province of Rizal.

Barangay Tayuman in Binangonan, Rizal, is one of the 40 barangays in the Municipality of Binangonan, which in turn, is situated within the Province of Rizal. Its geographic location places it along the coast of Rizal, fronting the Laguna de Bay, including the area covering the nearby Talim Island. Barangay Tayuman is one of the 23 barangays on the mainland, placing it within reach of the various mainland tourist attractions that the Province has to offer. Of course, the Municipality itself has a variety of attractions and activities to offer both its visitors and residents alike.

Popular tourist attractions outside Barangay Tayuman in Binangonan include the Pinto Art Museum, the Shrine of Our Lady of Antipolo, the Hinulugang Taktak, and Mt. Maarat. These are just a few of the many interesting places located in the Province of Rizal that people may visit whenever they find themselves there. The Province also houses popular staycation and vacation venues for both transients who might want to explore all Rizal has to offer and residents who would simply like to take a break from the daily grind.

The Municipality of Binangonan, and by extension, Barangay Tayuman, however, has its own share of popular tourist attractions and staycation venues. For instance, the Santa Ursula Parish Church is a frequently visited religious destination in Binangonan due to the fact that the church itself is over 200 years old.

Another popular religious destination in the Municipality is the Kalbaryo, which consists of a hundred-step uphill trail leading to a Cross. Once at the Cross, however, devotees are treated to a panoramic view of the Laguna de Bay and the Binangonan Town Proper.

Talim Island, on the other hand, is a portion within the bounds of the Municipality off the coast of mainland Rizal. It derives its name from the tagalog word, talim, which roughly translates to “dagger” due to the fact that its shape roughly resembles a dagger. More than that, however, the island features several mountains and islets, as well as a number of hot springs resorts. Clearly, the Municipality of Binangonan has so much to offer to anyone who might want to visit or move thereto. 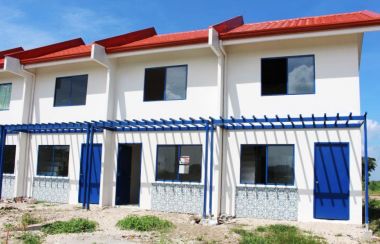 For tourists, or even residents, the Thunderbird Resort is a premiere staycation and vacation venue that provides guests a posh and high-end relaxation experience, while the East Ridge Golf and Country Club, which is situated at the foot of the Sierra Madre, provides its guests with one of the most popular golf facilities in the country.

The cost of moving to Tayuman would involve several factors, including location, size, and style. A three-bedroom house located along the National Road may go for around Php3.1 million, while a townhouse within the Bria Homes Subdivision may go for around Php1 million to Php1.2 million.

Further, a house located close to Antipolo and Angono may go for around Php2.5 million. Another option that potential buyers may consider is the purchase of foreclosed homes. These may go for as low as Php650,000 to around Php1.3 million, depending on the size. It is important to note, however, that opting to buy a foreclosed home, may still have certain liabilities or risks attached to it.