Apartment For Rent in Rizal

Dalig, Antipolo
Solo Room for rent php 3,650 Note: 1 person only for rent of 3,650 if 2 person the room rate is 5,500. Maximum of 2 person only. No own toilet and sink, sharing sa toilet and sink. Free Electricity Free Water Free Drinking water Can do laundry inside handwash only Free use of tv, refrigerator, kitchen equipments and utensils Free gastove and gas for cooking meals With housekeeper free cleaning of the rooms No wifi, each boarder needs to provide own prepaid internet. Guest not allowed inside Drinking and Smoking outside of the house only Address: Shalimar Boarding House Blk 13 st micheal street Milagros Subdivision Brgy Dalig Antipolo
₱ 3,650
1
Bedroom
1
Bath
18 m²
Floor area
View Info
Contact Agent

Bedspace For Rent in Antipolo City

Dalig, Antipolo
Bedspace for rent php 2,400 Note: 1 person 1 bed payment 2,400 Inside a room there are 7 beds, all females or all males.  Rent only. No deposit. We dont ask for deposit in shalimar boarding house Free Electricity Free Water Free Drinking water Can do laundry inside handwash only Free use of tv, refrigerator, kitchen equipments and utensils Free gastove and gas for cooking meals With housekeeper free cleaning of the rooms No wifi, each boarder needs to provide own prepaid internet. Guest not allowed inside Drinking and Smoking outside of the house only Address: Shalimar Boarding House Blk 13 st micheal street Milagros Subdivision Brgy Dalig Antipolo
₱ 2,400
1
Bedroom
1
Bath
25 m²
Floor area
View Info
Contact Agent

Studio for a Bachelor or Couple or Small Family in Malanday, San Mateo, Rizal

Tagpos, Binangonan
KINDLY READ.. FOR INTERESTED RENTERS ONLY!!!   FAKE PROFILES WILL NOT BE ACCOMMODATED!!!  VIEWING HOURS ARE FROM 8-5PM ONLY   For schedule of viewing, please contact us. TAGPOS, BINANGONAN, RIZAL   1BR - 5300/monthly   Different price for third floor  A spacious apartment complex where studio and 1-bedroom units are available.  - 2-minute walk from Binangonan National Highway (near Lakeview Hospital, and China Bank, just in front of Alfamart, Aplaya)  - Near hospitals, churches, and business establishments.  - Contact Globe, Converge, PLDT and Cheetah for internet subscription   - Own electric meter and submeter for water  - Own kitchen sink and bathroom  - No pets allowed  - MOTORCYCLE parking only  - 3-6 persons only  - Suitable for small families and working individuals   - 24/7 CCTV - 1 month deposit, 1 month advance and 1k deposit for electric   - 6 months to 1 year contract (strictly no refund for deposit if you do not finish your contract)
₱ 5,300
1
Bedroom
1
Bath
20 m²
Floor area
View Info
Contact Agent

San Andres, Cainta
Experience living in the east side of Manila, town proper, it’s home away from home. This unit has 2 bedrooms located at the mezzanine level. Shower and toilet room is located downstairs. Kitchen has ref, microwave, rice cooker, and stove. There’s Wifi, Ethernet and telephone. Premium Cable channels and Netflix. Laundry area has washing machine. The space Bigger area for dining and lounging with your friends or family. Guest access The entire house is for the guest’ use. Ample space for dining and entertaining makes this apartment unique from other homes. Other things to note No smoking inside the house. Small backyard for barbecue or drying clothes. Bedrooms are air-conditioned, common areas such as kitchen, living room and dining room downstairs have electric fans. The toilet and shower are downstairs. Each bedroom sleeps 2. The unit can accommodate up to 6 persons with no extra charge for the 5th and 6th guest when sharing beds. For your convenience, we can provide extra floor mattress, towels and beddings for an additional fee. P45K for month-long stay
₱ 45,000
2
Bedrooms
1
Bath
65 m²
Floor area
View Info
Contact Agent

Room for Rent in Village East Cainta (For Ladies Only) Cainta, Rizal

Santo Domingo, Cainta
For Ladies Only! Homely, quiet, clean, spacious boarding house inside Village East Exec. Homes. The village is just infront of SM Hypermarket. The room goes with a huge common living room with TV, kitchen with refrigerator and cooking area, and 3 common bathrooms for just a low as P5,000. Basic electricity such as lights and electric fans are included in your rental fee, except for additional electrical gadgets or appliances which will be charged with minimum monthly fees. Water bill is equally shared among tenants.  Very near to the Church and Clubhouse where you can make use of swimming pools and other clubhouse amenities. Parks and Basketball courts abound in various areas of the village. You may also like to join or be a member of our Tennis Club to enjoy our famous tennis court.  Access to WIFI is also available with a minimal additional fee. Minimum of 6 months contract with one month advance and one month deposit required. Apartment property for rent in Santo Domingo, Cainta, Rizal
₱ 5,000
5
Bedrooms
3
Baths
View Info
Contact Agent

Room for Rent in Cainta, Rizal

San Andres, Cainta
Room for two (2) available and ready. MOVE IN!P3,499/room-1month advance 2 months deposit-light and water included-Good for 2/room-2 bedspace/room; Double decker bed provided;Shared kitchen, toilet and bath. You may use a separate toilet and bath located at the ground floor.Inclusive*use of bed w/ matressExclusiveLight and waterParking for Motorcycle available for an additional minimal feeAre pets allowed in the common areas; not inside the bedrooms.Located at Blk 25, KABISIG, San Andres, Cainta. Along Floodway. Near Cambridge Village
Contact agent for price
1
Bedroom
1
Bath
View Info
Contact Agent

A Favorite Route for Road Cyclists 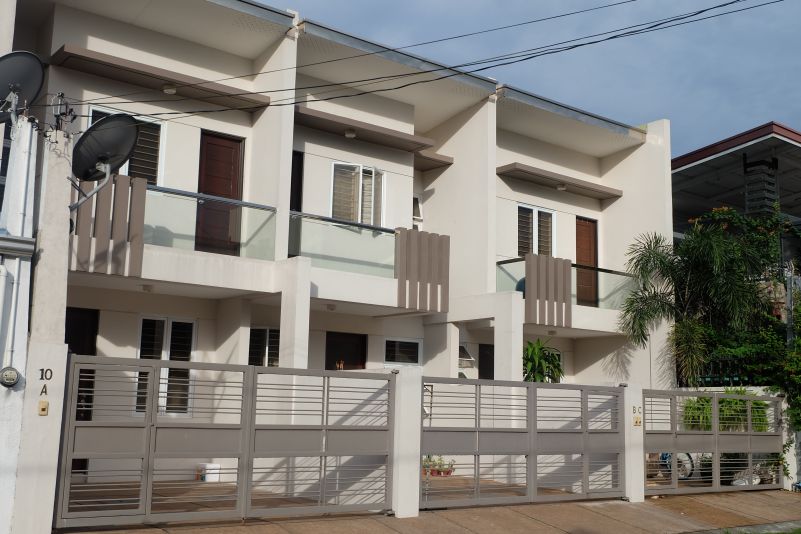 Nestled on the western slopes of the southern portion of the Sierra Madre mountain range, the mountainous Rizal province covers a total land area of 1,191 square kilometers. It is part of the so-called CALABARZON area, an economic region that comprises Cavite, Laguna, Batangas, Rizal, and Quezon. Although it is a mere 20 kilometers east of Manila, commuting to the metropolis from Rizal’s Antipolo City, the province’s capital, takes at least an hour. This can be credited to the horrendous traffic chaos plaguing Metro Manila.

It can also be attributed to the ongoing construction of houses and other residential dwellings, business establishments, and public infrastructure facilities as the province’s population figure continues to grow. More and more residents of Metro Manila are moving eastward to Rizal’s cities and municipalities because of the relatively cheaper housing costs there, considering the rates for an affordable apartment for rent in Rizal.

Rizal province has 13 municipalities and 1 city, which is Antipolo. The municipalities are Angono, Baras, Binangonan, Cainta, Cardona, Jalajala, Morong, Pililla, Rodriguez, San Mateo, Tanay, Taytay and Teresa. The province is a popular biking route for many road cyclists because of its vast road network that includes flat areas in the Jalajala area, which also offer a panoramic view of Laguna de Bay, to the hilly slopes of Teresa and Antipolo.

A Glimpse of the Past Through Its Churches

Many municipalities in Rizal figured prominently in the country’s history, which dates back to the Spanish colonization of the Philippines. The province boasts of a number of historic churches with magnificent architectural designs. Catholic pilgrims visit these churches all-year-round and during Holy Week’s Visita Iglesia. These include:

Based on a 2015 census, Rizal has close to 2.9 million inhabitants, with a density of 2,400 people per square kilometer. What used to be the bastion of huge piggery estates owned by families based in Metro Manila has become one of the more progressive provinces in the country, thanks in part to its proximity to the metropolis. As such, many residents choose to live in an apartment for rent in Rizal because of its accessibility.

The focal hub of Rizal’s booming economy is Antipolo, where most of the trade and exchange of goods and services take place. This is where you would ideally want to live in an apartment for rent in Rizal if you want to have everything within your reach. It is also the province’s education and sports hub due to the relatively large number of academic institutions and sports and training facilities located there. While it is not exactly an agriculture behemoth, Antipolo City is famous for its cashew nuts and rice cakes.

Meanwhile, the province’s garment and textile manufacturing center in Taytay. Cainta is slowly gaining ground as Rizal’s business process outsourcing hub as more and more BPO-related establishments continue to set up operations there. Living in an apartment for rent in Rizal in Cainta is great if you’re a job seeker looking for numerous career opportunities.

Find Other Properties in Rizal