House and lot For Rent in San Luis, Rizal

Property Pro Philippines
Property Pro PH
Member Since 2020
PropertyPRO is an innovative property agency office which combines cutting edge technology with our extensive experience in real estate to support property developers and owners to rapidly market their projects. PropertyPRO trains and supports property consultants to be some of the best in the property industry. With PropertyPRO, property seekers will find trusted developers and get information on the best properties in the market. Our property consultants are trained with the help of experienced mentors in the industry. We also offer referral incentives.

2 Storey Modern House for Rent in Filinvest at Antipolo, Rizal

Corner House and Lot For Rent in Brittany 2 Executive Homes

0.5km
San Isidro, Antipolo
Built in by: 2010 Ownership: First owner  1 and half Bedroom, 2 Bathroom, 1 spacious kitchen, Laundry area, front parking space, garage space, and corner house & lot with a good space on the front. The whole house is newly painted and the roof is newly painted and sealed. First floor bungalow style but convenient for seniors and handicapped. Gated community and gate house with 24 hours security. Community has an active home owners association. Lastly, the place is 10 mins tricycle to the Church of Antipolo, 5 mins to the Robinson Mall Antipolo, 6 mins to the New Market across Robinson Mall, 8 mins to San Jose Elementary School, and 5 mins to Les Jardin Park. Please leave your email address and I will email you back as soon as possible. Thank you. 1.Security questionnaires before viewing. 2. Proof of income  3. Valid ID  4. Reference from old rental house.  More requirements needed will be send out in detail through the email. Thank you.
₱ 12,500
2
Bedrooms
90 m²
Floor area
100 m²
Land Size
View Info
Contact Agent

2 Bedroom House for Rent Inside Exclusive Subd. in Antipolo City

2.4km
Dalig, Antipolo
**Semi Mansion House*** Located inside an Exclusive Subdivision in Antipolo City -Just few minutes away from Tiendesitas/Silver City via Shortcut Road connected to the Village.  -Ideal to Those Chinese Boss who wants a Peaceful and Secured Place. Newly Renovated 500 sqm  3 huge bedrooms with  toilet and bath 1 Common Toilet and Bath  1 Maid's Room with own toilet 1 Walk in Closet Laundry Area Dirty kitchen Entertainment Room can be converted to Conference/Office Room Spacious Dining Room 2 Living Room Spacious and Landscape Garden 2 Car Parking Ready Internet Connection up to 300 mbps Fully Furnished Owner can Provide Bunk Beds Price varies depending on usage.  Package with house keeping, cook and van service with additional charges. We will be having an Open House with Free Snack next week for your clients. Just take a look and see what we are offering.  Send me message for more details.
₱ 123,456
3
Bedrooms
500 m²
Floor area
450 m²
Land Size
View Info
Contact Agent

3 Bedroom House for Rent in Antipolo

For Rent: Safe and Secure Townhouse in Masinag, Antipolo

4.8km
Mayamot, Antipolo
Live in Your Own Slice of Paradise Casa Paradiso offers the convenience of city living without the usual hustle and bustle. This exclusive and secure townhouse is dotted with trees and greenery, quietly tucked away from the noise and chaos of the main road. Covid-19 New Normal People around the world, particularly in the Philippines, have been forced to adapt to the ‘new normal’: work-from-home setting, parents home-schooling their children, health protocols, lockdown and quarantine. Casa Paradiso is a close-knit community that values safety and security. The quiet neighbourhood is perfect for parents who are working from home as well as children who are in a blended or remote learning setting. Any of the rooms that receive ample natural light can be set up as a home office or a learning space. Property features include:    •Master bedroom with toilet and bath including closet    •Two bedrooms with shared toilet and bath    •Living Area, dining area, kitchen with built in cabinets and service area    •Utility room with toilet    •One Carport Other features:    •Safe, secure and quiet community with less than two-dozen townhouse   units    •24-hour security    •Internet providers: PLDT and Converge    •Kiddie pool    •Access to main roads (Marcos Highway and Sumulong Highway)    •About 5 minutes away from SM Masinag    •NO flooding (hindi pinasok ni Ondoy and Ulysses)    •NO water and power interruption (hindi pa nawalan ng tubig o kuryente)    •Furnishing NOT included (walang furniture na kasama, yun photos para may idea lang sa space and ano ang kasya)    •P41,000 a month Key Areas Near Casa Paradiso:    •SM Masinag    •SM Hypermart    •Masinag Market    •Antipolo Medical Hospital    •Saint Francis Church    •‘Masinag Station’ - Last Station of the LRT Purple Line Please contact Don or Lanie. Viewing schedule by 28 November 2021 onwards.
₱ 41,000
3
Bedrooms
120 m²
Floor area
60 m²
Land Size
View Info
Contact Agent

5 bedroom House and Lot for rent in Antipolo City

House for Rent near Circuit Makati 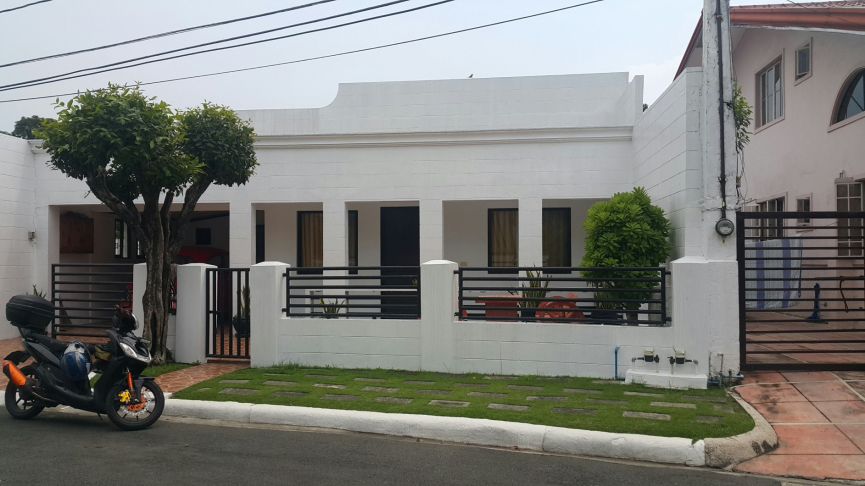 Barangay San Luis is located within the metes and bounds of the City of Antipolo, which is the second largest city in the Province of Rizal, and is a quaint barangay within one of the biggest and busiest areas in the Metro. It is loca ted east of Manila, and is within the boundary separating the calm and peace of being away from the City on one hand, and the hustle and bustle of the busy City life.

Focusing on what Barangay San Luis has to offer, however, would defeat the point of being located in the City of Antipolo, considering the sheer number of things to do or places to be in the City, and even in the surrounding Province of Rizal. Antipolo has something to offer to anyone and everyone who may find themselves within its bounds. Thrill-seekers, couch potatoes, pious devotees, and even art aficionados would have some place to go to or activities to enjoy in Antipolo.

The Pinto Art Museum is perhaps one of the most famous art galleries around the Metro, and is known for its unique blend of modern and native art. It offers visitors not only the style that a museum of its calibre should exhibit, but also the comfort of the homey atmosphere that would be expected of a museum café. It also features a chapel for the pious, and a meditation garden that celebrates the ill-fated love between Dr. Jose Rizal and Leonor Rivera. In any event, the Pinto Art Museum takes its visitors to an entirely new world away from the stress of Manila, serving as a perfect venue for dates, photo-walks, art appreciation, or soul searching.

Antipolo is also home to several churches and pilgrimage sites, the most popular of which is the Shrine of the Virgin of Antipolo, whose devotees from the Metro travel to on foot during the Holy Week. It is also home to the foundations of the oldest church in the area. The Boso-Boso Church was one of the first churches built in the area, and although only a portion of it is still being used today by the chapel therein, the original stone structure can still be seen and is still considered part of the chapel.

Mt. Maarat also offers runners, mountaineers, and bikers an avenue for recreation, with the various trails with varying levels of difficulty. It is also a popular spot for campers and leisure-seekers, or even for those who would just like to simply experience the beauty that nature has to offer. Off-road areas like Philip’s Sanctuary or the Basekamp Biker’s Pit Stop also offer various facilities not only for bikers and mountaineers, but also for company team-building events and other similar activities.

Where to Reside in San Luis

Renting a home in San Luis can be cheap or relatively expensive depending on the location of the house to be leased, its type, or even its proximity to key areas or establishments in the barangay, or in the City in general. For instance, a quaint two-storey house with a lot area of 72-square meters, located relatively close to Marcos Highway and Assumption College can be leased for Php10,000 a month, while a bigger and more luxurious seven-bedroom mansion in the heart of San Luis can be leased for Php50,000 a month.

Find Other Properties in San Luis