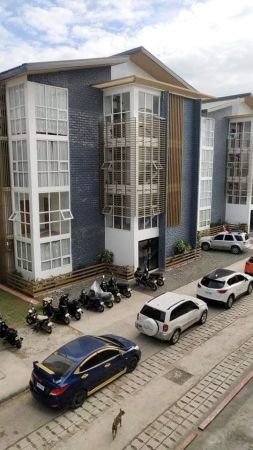 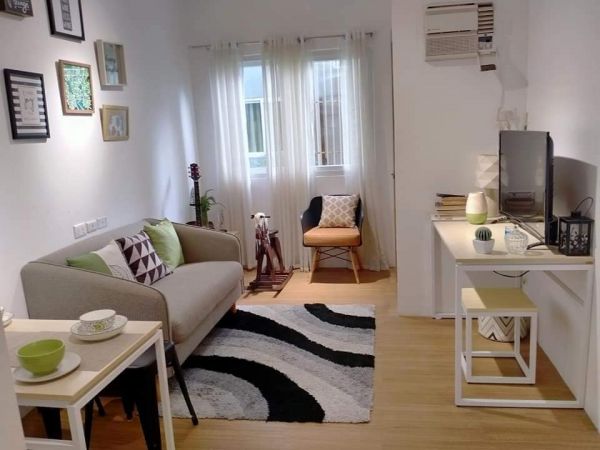 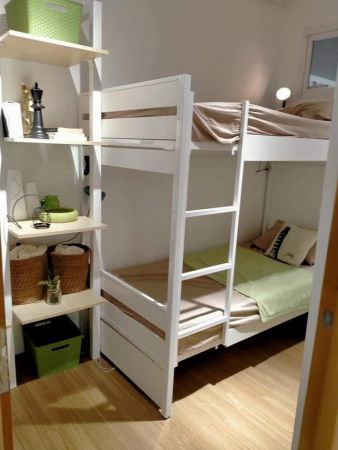 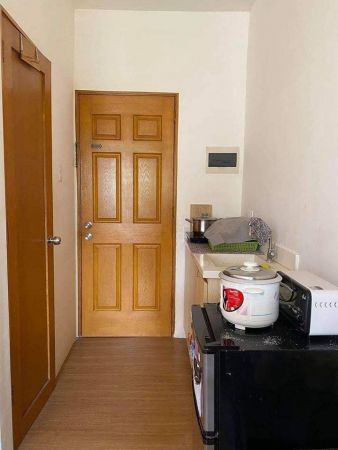 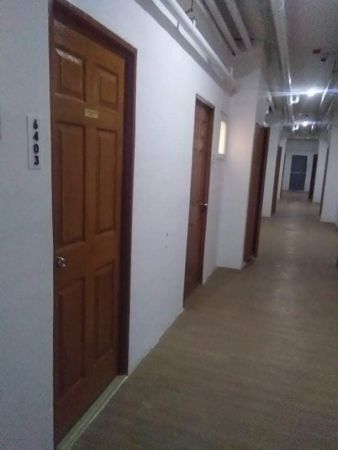 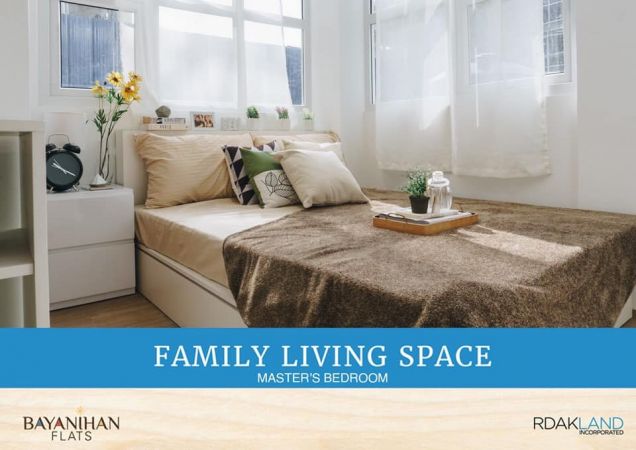 20 minutes away from Mactan Airport

Car and Motorcycle Parking For Rent

Bayanihan Flats in Maribago, Lapu-Lapu, Cebu is a condominium development of RDAK Land, Inc. The project has six residential 4-story buildings and two commercial buildings constructed in front of the property.

Why Bayanihan Flats is the Perfect Choice for You

Most of the units are fully furnished with twin beds and double-decker beds, air conditioning unit, high-speed internet connection, smart TV with Netflix access, electric kettle, French press, table lamp, whole-body mirror, and even a laundry basket. There is no need for renters and homeowners to bring in multiple items as the primary pieces of furniture and fixtures are already provided.

In addition, living in Bayanihan Flats is ideal because of its strategic location. The area is near Mactan International Airport as well as some of the most popular beaches in Cebu. It is also one ride away from JPark Island Resort, Palace Casino, Cebu, Pueblo Verde, and a variety of Korean restaurants.

Buying a unit in Bayanihan Flats for sale or just renting for personal or family use allows property owners and renters to have full-time access to amenities such as pocket parks and gardens, a swimming pool, and a clubhouse. Bayanihan Flats also have trellised walkways, a community management system, and 24/7 security to ensure the safety of its residents.

Both the interiors and exteriors of Bayanihan Flats were inspired by a combination of minimalist and mid-century modern design. The unit spaces offer a "Personal Space Configuration" that allows tenants to maximize and customize the space to their own comfort. Village shopping and dining centers are also incorporated in the development of Bayanihan Flats, making everyday living more convenient.

Units in Bayanihan Flats also have additional features such as kitchen cabinets with granite countertops. The bathrooms are fully tiled and painted. Also, to lessen the risk of fire, all units are equipped with fire detectors and water sprinkler systems.

Named after the Filipino fighter who fought the Spaniards in the colonial era, Lapu-Lapu City is one of the three independent cities in the province of Cebu. It is composed of 19 barangays located in its mainland region and 11 barangays in Olang Island.

Lapu-Lapu City became a highly urbanized city on June 21, 2007. The city is also distinguished by its historical sites and white sand beaches, making it a prime tourist destination. In addition, two bridges provide residents fast access to other areas in Cebu.

About the RDAK Land, Inc.

RDAK Land, Inc. is a homegrown property developer in Cebu. The company is committed to making housing affordable with flexible payment options. They introduced a new and innovative solution called the "Puyo-Dayon Scheme," which is as affordable as average rent in order to quickly address the needs of the market, with zero down payment and instant move-in.

Rent to Own 2 BR Condo for Sale in Maribago, Lapu-Lapu City Cebu

Philippines, Lapu-Lapu City, Maribago Maribago, Lapu-Lapu
MOST AFFORDABLE 2 BR Condo for Sale in Lapu-Lapu Cebu near Maribago beaches. AS LOW AS 52K to move-in! Stop Renting, START OWNING! RENT TO OWN scheme.-The most affordable 2 BR Condo in Maribago. As low as P52,500 cash out to move-in!-approximately 3-5 minutes from JPark Resort and nearby Maribago beachesOWN one of the most AFFORDABLE Condos in Cebu that doesn't compromise its quality. Sold out for its project 1. Now launching project 2! A Double Flat or 2 bedroom unit - with a floor area of 37.24 sqm and a price ranging from P2,630,000 to P2,940,000. (TCP is inclusive of reservation, move-in fee and transfer charges)Known for its Puyo Dayon payment scheme where the  unit can be turned over once ready and by just paying the reservation fee and move-in fee (As low as P52,500 cash out to move-in! Floor area: 37.24 with small balconyBusiness Possibilities:✓ Daily Airbnb Rentals✓ Contractual Yearly Rentals✓ Buy and Sell❤ CONDO Amenities:✓ Swimming Pool✓ Pocket Gardens✓ 24 Hour Security✓ Clubhouse✓ ParkingSAMPLE COMPUTATION:Total Contract Price of Double Flat: (4th floor): P2,630,000Reservation fee: P7,500Water/electrical connection fee (move-in fee): P45,000*Move-in already while paying the downpayment monthly..Downpayment: P17,360 per month for 12 months THENLoanable Amount payable via Bank/Pag-ibigPlease message to schedule a condo viewing.
₱ 2,630,000
2 Bedrooms
1 Bathrooms
37.24m² Floor Area
View More Info
8 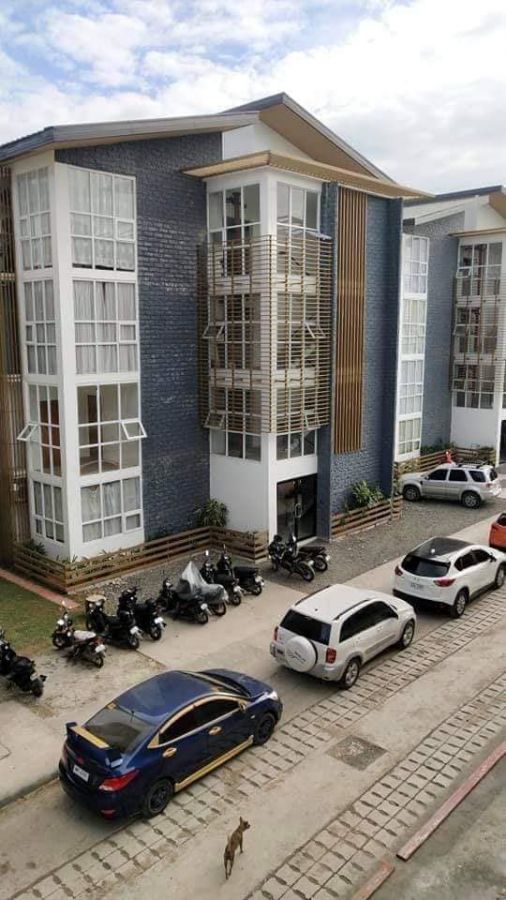 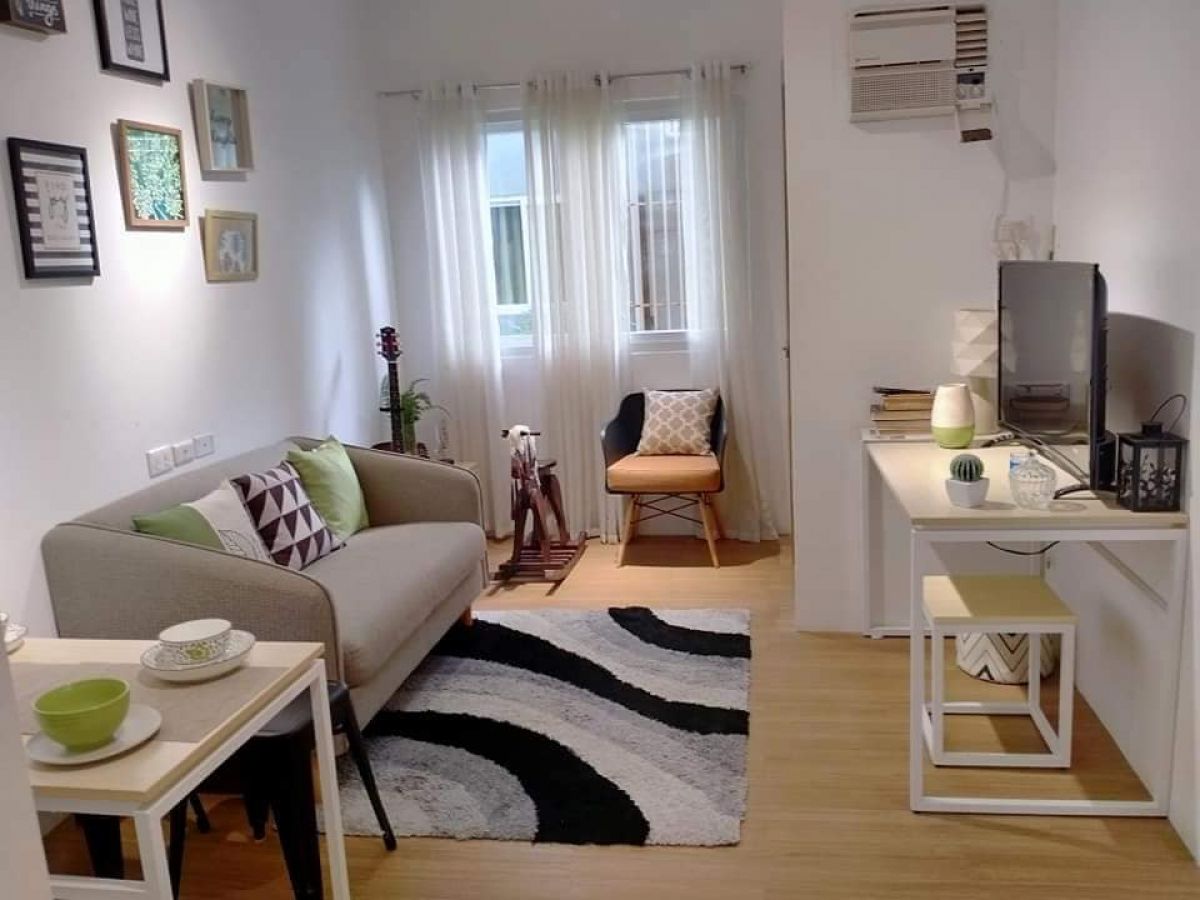 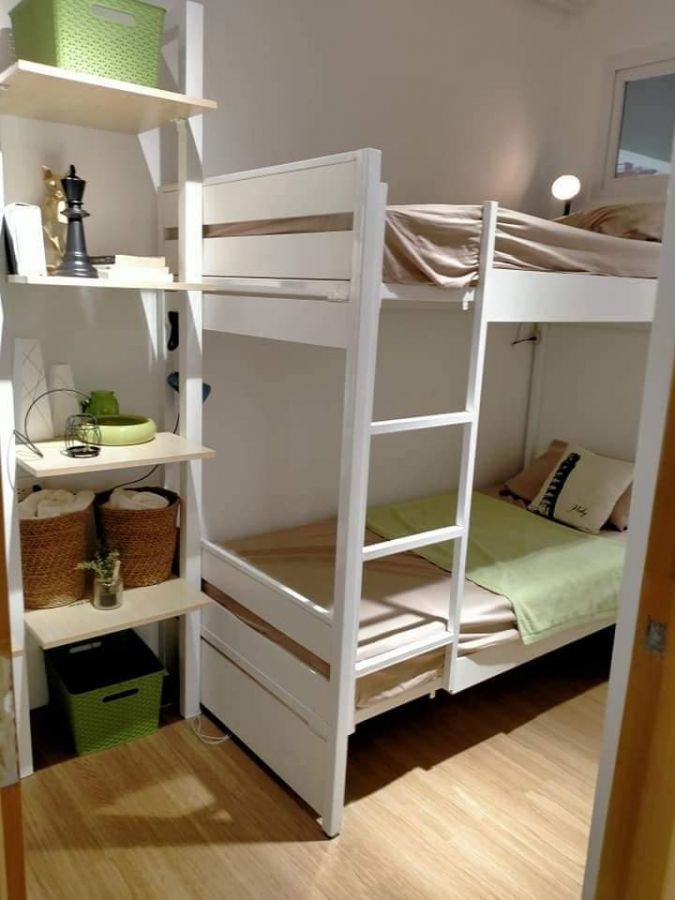 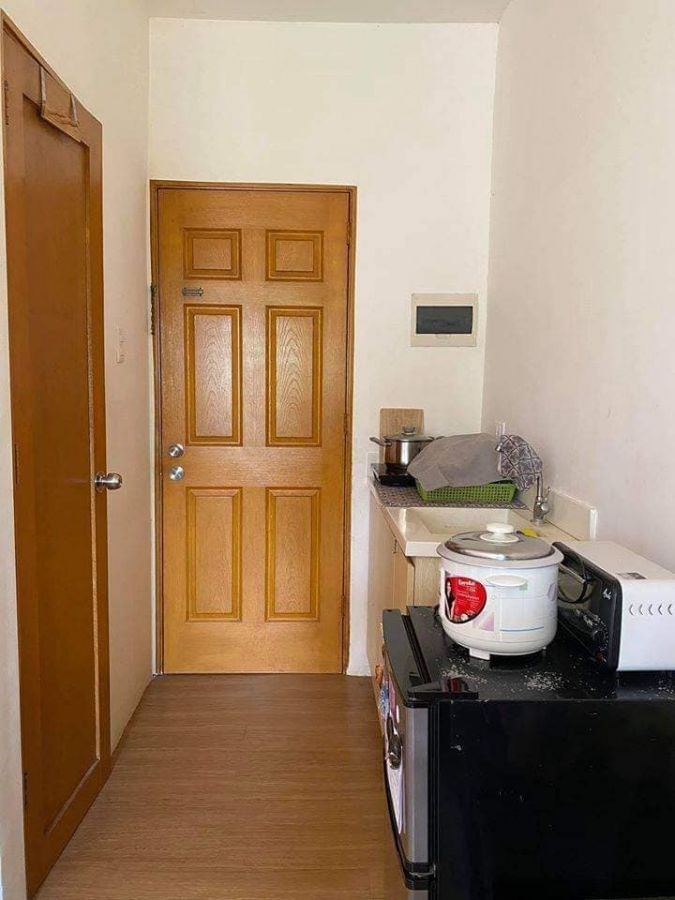 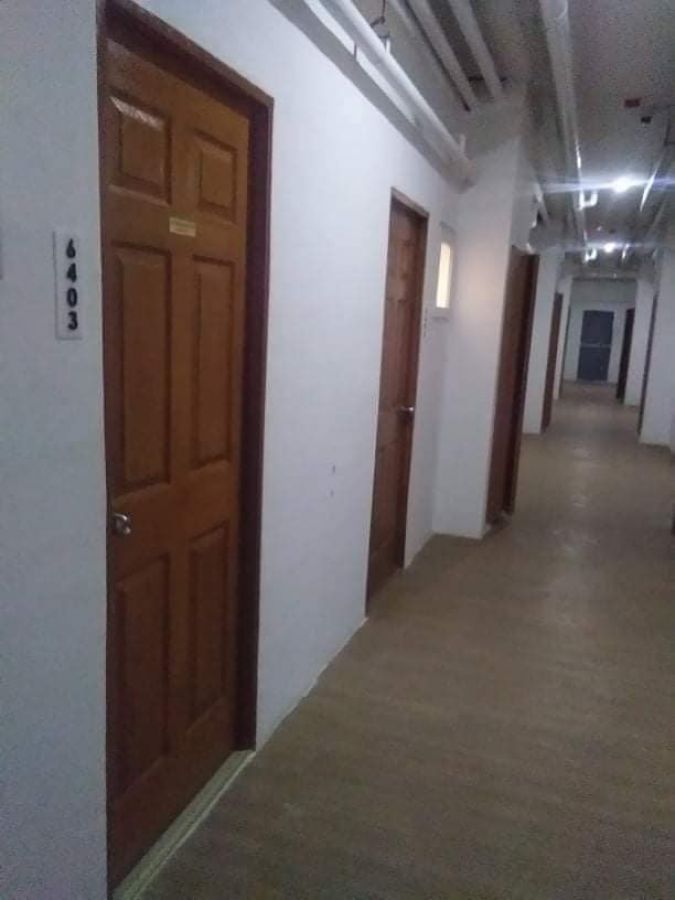 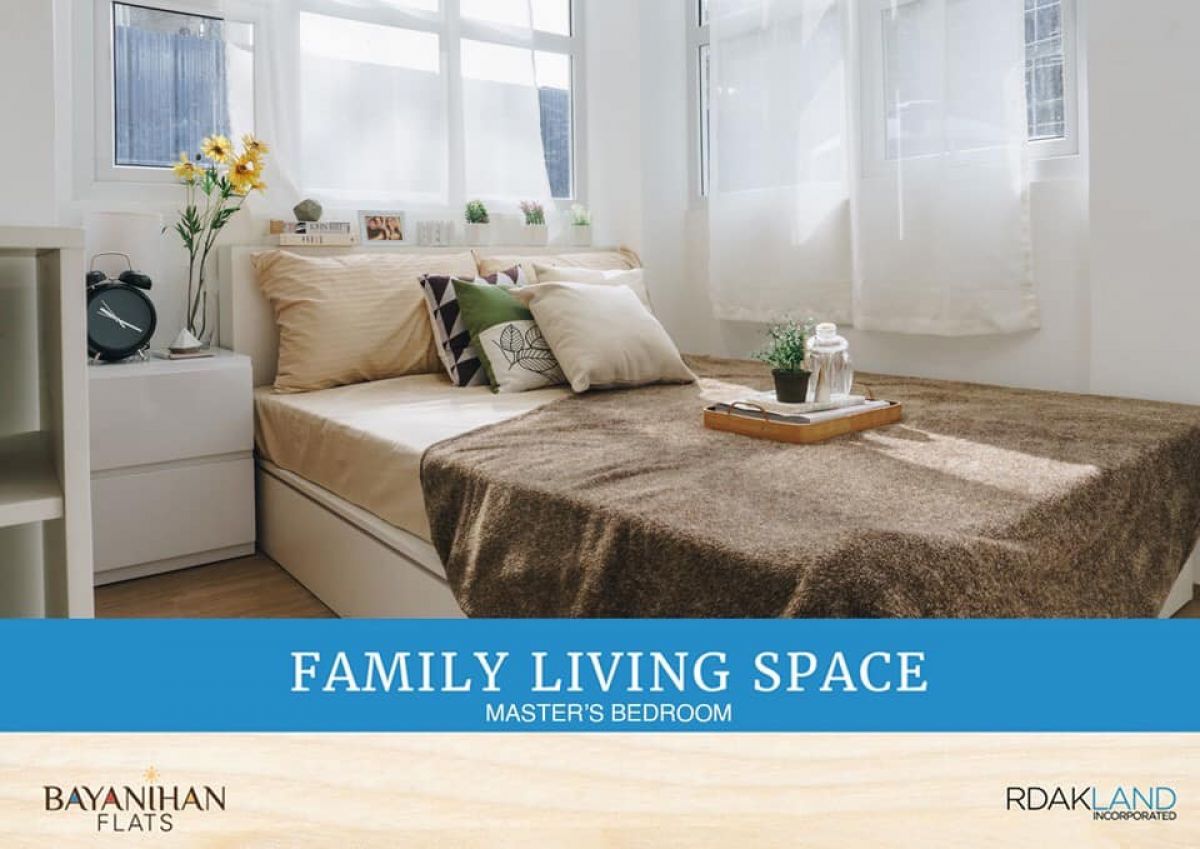 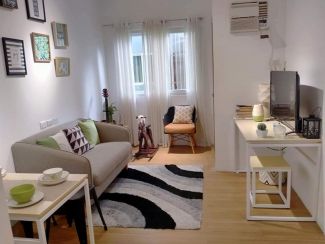 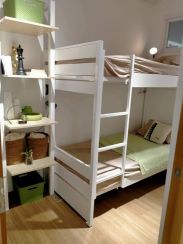 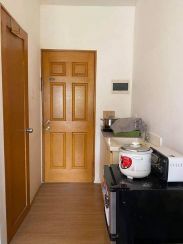 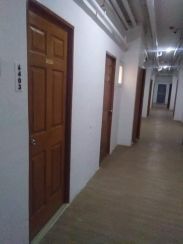 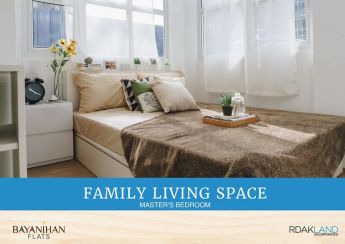