Land For Sale in Lucena, Quezon

Residential Lot in St. Peter Subdivision for Sale in the Heart of Lucena City

1st. Street , St. Peter Subdivision Gulang-Gulang, Lucena
Subdivision lot ideal for a quiet residence , or apartment business.  Neighbour includes an apartment on one side  and a vacation house on the other side.  Peaceful and quiet with lots of tree cover.  Located just 5km from Lucena city prope...
₱ 1,314,800
346 m²
Land Size
01/04/2018
Available From
View More Info Contact Agent
4

lot for sale in lucena city

Barrio Iyam, Lucena City Ilayang Iyam, Lucena
A fenced lot along Landing road which is near the highway (National road, around 200m away). Lot is near a church and school and has an old house.
₱ 4,320,000
960 m²
Land Size
View More Info Contact Agent
1

Mayao Castillo, Lucena
225 hectares more or less2000/sq meterThis property is located in Mayao Quezon which can be use for industrial agri. Property has a clean tittle and all legal land documents..
Contact agent for price
22000000 m²
Land Size
View More Info Contact Agent
7

Ibabang Dupay, Lucena
These lots are on Phase 1 of Metropolis Subdivision by Calmar Land in Lucena City. Build now or later to your OWN design and specifications. Situated right along the Pan Pacific Highway (Diversion Road), they are on a great location. It is about 950 m from the new Lucena City Government Complex. St Anne College, Intl. School and SM Lucena are within 4-5 km away. The lots are near the club house and swimming pool and the archway entrance to the subdivision.We are selling Blk 27 lots 8 and 9. Clean titles. Priced individually at Php 8000/sq m but willing to negotiate. If you are a serious buyer who wants to buy one or both lots, bring your offers!Contact me via email (preferred) or text.FEATURES & AMENITIESCLUBHOUSE WITH FUNCTION ROOMSIf you’re looking for that perfect reception place for your major event, look no further. Calmar Land has an extravagant clubhouse with function rooms that can suit your needs.MAIN ENTRANCE & GUARD HOUSECalmar Land’s grand main entrance is watched over by competitive but courteous security guards. Proving that our while we value pleasant aesthetics, we also prioritize security.ADULT & KIDDIE SWIMMING POOLCalmar Land East Grover has swimming pools both for adults and kids.WIDE CONCRETE ROADS (MIN OF 8 M WIDE)Calmar Land land boasts concrete roads that guarantee smooth and safe passage for vehicles and people alike.DIPPING POOLIf you’re looking for a nice place to take a dip, our Calmar Land Dipping Pool is definitely the best choice you can make!CONCRETE SIDEWALK, CURBS AND GUTTERSCalmar Land develops quality concrete sidewalks, curbs and gutters that meet traffic and safety standards.BASKETBALL COURTIf you’re looking forward to shooting some hoops with friends, Calmar Land’s Basketball Court is the place to go.PERIMETER FENCECalmar Land develops quality concrete sidewalks, curbs and gutters that meet traffic and safety standards.TENNIS COURTCalmar Land Metropolis Lucena’s tennis courts are equipped with the right facilities and boasts world-class visual appeal.INTERCONNECTED WATER DISTRIBUTION SYSTEMCalmar Land’s state-of-the-art water distribution system ensures that we deliver clear and clean water to every household in the most efficient way possible.OVERHEAD POWER DISTRIBUTION LINESCalmar Land’s overhead power distribution lines are made with safety and efficiency in mind, ensuring that electricity is distributed amongst the denizens of our homes.BARBECUE AREACalmar Land offers a specific barbecue area that’s great for family picnics and other recreational activities!UNDERGROUND DRAINAGE SYSTEMCalmar Land’s Underground Drainage System ensures that drainage and rainwater go where they’re supposed to go for treatment and sanitation purposes.OPEN SPACE FOR RECREATIONAL ACTIVITIESIf you’re looking for a nice place for recreational activities with friends and family, Calmar Land offers the most beautiful and safest open spaces land development companies have to offer.
Contact agent for price
100 m²
Land Size
View More Info Contact Agent
6

From a Barrio to a Highly Urbanized City 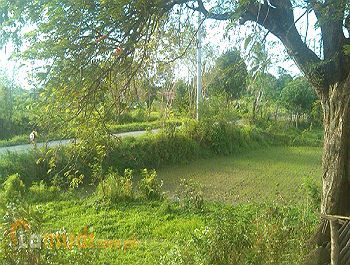 The city of Lucena started out as a mere barrio. It was then only part of a town called Tayabas that eventually became the Quezon Province. With the changes that occurred, the city became its capital.

As one of only two cities in Quezon, Lucena serves as the center for industrial and commercial activities in the province. It has been a city for quite some time now, first being named a chartered city in 1961, then officially inaugurated a little over a year later. In 1991, it became recognized as a Highly Urbanized City. It is considered as first-class in terms of income classification.

The city is also the center of the province both economically and geographically. Its sea port is constantly busy handling goods and passengers who come as far as the Marinduque and Masbate islands. Its oil refineries process copra and other coconut products from neighboring towns, such as Lucban, Tayabas City, and Pagbilao.

The most common source of livelihood in Lucena is to be part of the industrial and manufacturing industry. The city is the current home of 196 industrial establishments, including factories and warehouses for companies like the San Miguel Brewery, Nestlé Philippines, and Toyota Philippines.

Agriculture also plays a large role in the city’s economy, particularly the production of coconut and coconut-based products. Alternatively known as the Cocopalm City of the South, it is situated in a midst of coconut plantations that produce cooking oil, soap, lard, margarine, and coconut oil-based medicinal products. 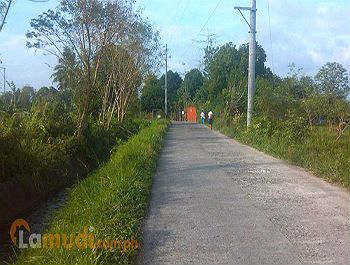 Lucena has grown into a major urban community situated in an agricultural economy. This is evident in its property market, as most of the land available are suited for agriculture use. Naturally, as a developing urbanity, there are also many suitable for residential and commercial use. Some were actually previously agricultural lots that have been repurposed for residential developments, as evidenced by the numerous residential subdivisions and estates launched by both local and national real estate developers.

For those looking to buy land in the city, notable properties include a commercial lot adjacent to Heaven’s Memorial Garden. With a total area of 18,266 square meters, it is currently priced at PHP 7.306 million, providing great value and potential to its future owner.

Another popular property is a 249 square meter lot in Puerto Del Mar, one of the city’s many subdivisions. Currently priced at only PHP 623,000, it provides the owner land suitable for a modest-sized home in a community that is secure and is relatively easy to go to and from key commercial districts.