Lot For Sale in Lucban, Quezon

Nagsinamo, Lucban
Agricultural Land near barangay road with secured right of way. The parcel of land includes a ~10 m falls with a spring source and a creek on the top. The land is currently planted with 2,000 Cocoa (Kakaw) trees, among other fruits and decorative plants. It has complete and genuine papers. The plot of land is well maintained with a small gate and perimeter fence.  It is situated within a 5 km radius of an elementary and national high school located in the same barangay. The town is the home of the Pahiyas Festival, Kamay ni Hesus, Lucban Langgonisa, Pancit Habhab, and Southern Luzon State University.
$ 85,000
31000 m²
Land Size
View More Info
Contact Agent

Palola, Lucban
residential lot along bariio road with the view of the majectic Mt. Banahaw and Lucban proper skyline. The lot is located in the area known for resorts and vacation resthouses because of its cool breeze as it sits at the elevated area of Lucban. The property is 4.3km to Church, 4.4km to Pamilihang Bayan & Municipal Hall, 5km. to SLSU, 6.2km Lucban MMG Hospital, 6.7km to Kamay ni Hesus and 8.2km to Lucban Farmers Trading Post/proposed new Municipal Hall
₱ 1,500,000
490 m²
Land Size
View More Info
Contact Agent

Lucban
Farm lands for sale in Quezon Province We have different farm lands for sale in Quezon province perfect for farming rest house etc. We will help you the best suitable land for you based on your prefer plan to the property and your budget range. Some of our available land are on the featured picture here. For more inquiries you can contact us.
₱ 1,800,000
10000 m²
Land Size
View More Info
Contact Agent

Ayuti, Lucban
Land For Sale In Lucban,Quezon 9,604 Sqm.(Approx.1 Hectare) Situated Along The Newly Built Lucban,Quezon-Majayjay,Laguna Bypass Road.Perfect For Farming Or Any Business Establishments.Very Near To Town Proper. I also have properties for sale for different developments like rest house,farm,plantation,resort and other projects among others here in Quezon Province.You can contact me or leave a message here together with your contact info.
Contact agent for price
9604 m²
Land Size
30/06/2018
Available From
View More Info
Contact Agent

Philippines, Lucban, Tiawe, Lucban-Tayabas Rd Tiawe, Lucban
Rush Sale! Lot in Lucban, Brgy. Tiawe, Quezon Province The Actual size of Property/Lot is 12,577 Sq Meters but, I am selling :(Min. of 2,000 Sq Meters) up to (Max. of 6,288 Sq Meters) Depends on how many sq/m you need.-3 Mins ride to Kamay ni Hesus, Town Proper, Lucban Bayan  -The Frontage is along National Highway  -"WIDE FRONTAGE" Ideal for:• (Resorts, Retreat House, Commercial Establishment, and many more) • (Enjoy The Pahiyas Festival every May 15 and the Cool Whether of Lucban Quezon) The price is ₱2,000/sqm and still negotiable. For further details/schedule for site visit pls feel free to contact us at designated contact numbers.
₱ 14,462,400
6288 m²
Land Size
19/07/2018
Available From
View More Info
Contact Agent

Tiawe, Lucban
The property covers  an area of 4,613 square meters with approximately 60 meters of frontage along a barangay road. About a third of the propery sits on a hill and is a perfect location for a farm house-residence. The area is 5 minutes away from Kamay Ni Hesus, a popular destination in Lucban, Quezon that attracts hundreds of thousands of religious devotees every year. The property has excellent short and medium term potential for capital appreciation. The property is titled, free and clean.  PRICE NEGOTIABLE UPON VIEWING.
₱ 5,074,300
4613 m²
Land Size
19/02/2021
Available From
View More Info
Contact Agent

5.2km
Cavinti
Category: Agricultural Lot for Sale Location: Cavinti, Laguna Titled or Tax Dec: Titled/Tax Dec Lot Area: 110,000sqms Right of Way: Yes along Barangay Road/National Highway Electricity: Yes Water: Yes Price per SQM: Php 200 Total Price: Php 22,000,000 This farm lot features lots of fruits bearing trees and has a great overlooking view of Pagsanjan. GET TO KNOW MORE ABOUT CAVINTI Geographic Location and Topography A  rugged and undulating terrain is common in all slopes from the  foothills of Sierra Madre Mountain Range (SMMR) down to man-made lake  and down to Laguna Lake. Cavinti is situated in the foothills of SMMR  and its topography is a longitudinal traversing of many minor ridges and  drainage basins (valleys). The terrain of Cavinti can be best described  as having a gently rolling to steeply undulating landform. Most of the  lakefront areas are generally flat. The highest elevation computed using  digital elevation model (DEM) is 501 meters located in Barangay Lumot  near the boundary of Quezon Province and the lowest is 21 meters located  in Barangay Anglas near the boundary of Municipality of Pagsanjan,  Laguna. Elevation The municipal  center of Cavinti is situated at approximately 14° 15' North, 121° 30'  East, in the island of Luzon. Elevation at these coordinates is  estimated at 218.7 meters or 717.2 feet above mean sea level. Distance from Manila 68.55 kilometers (42.60 miles) to the Northwest (N56°W) For more details and viewing schedule, please call us: Nel Realty
₱ 22,000,000
110000 m²
Land Size
View More Info
Contact Agent 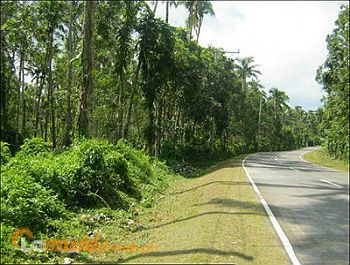 The Municipality on the Slopes of Mount Banahaw

Mainly an agricultural town, the municipality of Lucban is recognized for being the location of the yearly feast of San Isidro Labrador. Otherwise known as St. Isidore the Laborer, he is the patron saint of farmers, and naturally, that of the municipality. While the celebration takes place across four towns in Quezon Province, it is the Pahiyas of Lucban that is most well-known.

Also recognized as the Summer Capital of Quezon, the municipality is situated at the foot of Mount Banahaw, an active volcano and rather popular tourist destination in the province. It is also only 21 kilometers away from Lucena City, the capital city of the province. This means that any modern conveniences not located directly in the municipality are still nearby.

A Religious and Tourist Destination

Like most of the Quezon Province, Lucban is considered as a religious destination. Apart from being known to celebrate St. Isidore the Laborer, the municipality is also the location of St. Louis de Toulouse Church, which actually holds an image of the patron saint of farmers.

While the municipality is more of a tourist destination, it is also a suitable place to live in for those who prefer to be away from the hussle and bussle of big cities. The municipality is situated near locales that can provide countless urban conveniences, and in itself is home to a number of educational institutions, particularly several 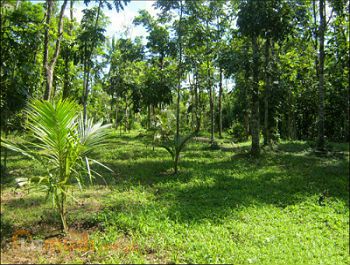 There are many good options for those seeking a Lucban Quezon lot for sale. As a place deeply rooted in agriculture, the municipality offers a variety of properties that are suited for farming. Its natural surroundings are green and lush with plantation. Its residential districts are quiet and relaxed.

There are plenty of land suitable for building houses. A notable plot of land currently listed includes a residential property that measures 330 square meters, and is currently priced at only PHP 108,900. It is located in one of the municipality’s most popular subdivisions and is mere minutes away from the public market, the town’s centuries-old church, and the university.

Another one is a farm lot less than a kilometer from the main highway. It is also close to the Southern Luzon State University. Measuring 513 square meters and currently valued at PHP 359,100, it would be an ideal place for a vacation home.

Find Other Properties in Lucban