About Princetown Subdivision in Bagumbong, Caloocan

Living in the city can be a handful, especially if your home is close to major roads, public transportation hubs, and retail stores that serve many people. However, you can still enjoy a peaceful environment even if you live in one of Metro Manila’s cities. One neighborhood you can consider buying or renting a home at is Princetown Subdivision in Barangay Bagumbong.

Why is Princetown Subdivision a Perfect Choice for You?

Princetown Subdivision is a private subdivision in Barangay Bagumbong, Caloocan City.  The neighborhood features two-story townhouses clustered into two. Its location may seem remote compared to other subdivisions in the metro, however, they offer privacy and comfort to future residents while also being close to an array of establishments that offer all sorts of services.

Princetown Subdivision is perfect for families with young children because their future home will be close to several schools in Bagumbong. Parents planning to move into the subdivision may consider enrolling their kids at school such as:

Most of these schools are a walking distance from your future home at Princetown Subdivision. However, tricycles and jeepneys are also available if you want a more efficient commute to the farther schools.

Besides the convenience of being close to schools and other establishments that cater to basic necessities, Princetown Subdivision in Bagumbong also offers potential homeowners the accessibility to major roads that lead to other parts of Caloocan and neighboring cities, such as Valenzuela, Malabon, Navotas, and the other portion of Caloocan City. Public transportation hubs housing UV Express vehicles are available to transport you and your family to Quezon City, and Manila.

As a whole, purchasing a home in Princetown Subdivision in Bagumbong, Caloocan means you’ll enjoy the pleasures of the suburbs and urban sophistication.

The majority of the houses in Princetown Subdivision in Bagumbong are two-story townhouses that have floor areas of 48 square meters and lot areas of around 63 to 77 square meters. These measurements are spacious for growing families to enjoy privacy in their rooms and congregating in family areas, such as the living area, dining room, and garden. The houses also have garage areas for families who want to secure their cars, motorcycles, or bikes.

Caloocan City is a thriving metropolis in Metro Manila divided into two geographical locations. Known as “The Cradle of the Katipunan,” Caloocan was once the center for various military activities between the Katipunan and the Spanish colony.

Caloocan City is also known as the “Motorcycle Capital of NCR” because of the multitude of motorcycle and spare parts dealers on 10th Avenue. The northern part of Caloocan also serves as a gateway for travelers to access Valenzuela, Malabon, Bulacan and Pampanga. 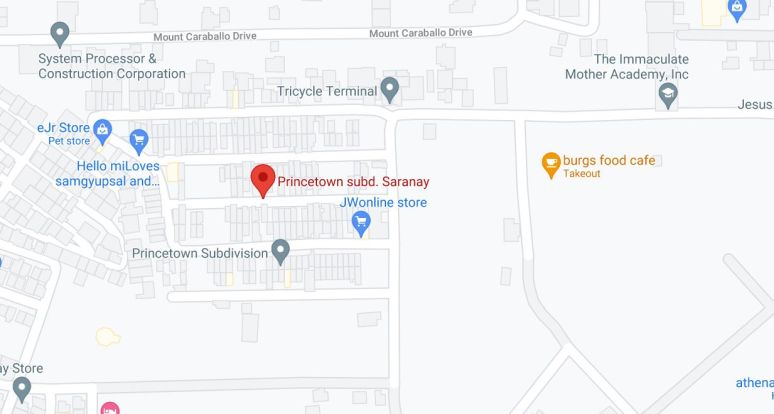