Blue Wave Mall by Federal Land, Inc. is a three-storey mall and office complex launched in 2005. The development is one of the earliest commercial landmarks within the barangay and sits along Sumulong Highway in Marikina. The project is placed in close walking distances from residential condominiums and developments, making Blue Wave Mall a go-to leisure and entertainment destination for residents and locals around the vicinity.

Why Blue Wave Mall is a perfect choice for you

A commercial space for rent in Blue Wave Mall is suitable for business owners and entrepreneurs who want to branch out into the city or start their business venture there. Its strategic location puts the development at a unique spot along Sumulong Highway, surrounded by establishments that bring in foot traffic around the general area.  Blue Wave Mall in Sto. Niño, Marikina is also accessible Sto. Elena and San Roque through Mayor Gil Avenue. With establishments such as Max's, KFC, Yellowcab Pizza Co., and Starbucks inside the development, the mall often welcomes locals and residents of nearby condominiums seeking to enjoy their free time.

For almost 19 years, the development has established itself as a prominent landmark in Barangay Sto. Niño -- easily found by people new to the area as well as those looking for certain establishments inside the mall.

Marikina City, the Shoe Capital of the Philippines, is a metro lauded for its flourishing business life, dedicated local government, and skilled labor force. The city is keen on the improvement of its business climate, good governance, and sustainable urban development.  Businesses, warehouses, and factories along with real estate developments, commercial hubs, and recreational areas are scattered all over Marikina.

Barangay Sto. Niño in Marikina City hosts a number of residential and commercial developments in close proximity to the mall.  A space for rent in Blue Wave Mall is a huge advantage to businesses as it sits well within condominiums like Marquinton Residences, Tropicana Garden City, and Siena Towers. Its close location to these developments make Blue Wave Mall the go-to destination for residents near the area.

Blue Wave Mall offers nearby residents ease and accessibility, especially for those looking for a place to unwind without going too far. As it is in close proximity to hospitals, schools, places of worship as well as businesses from different sectors, a commercial space in Blue Wave Mall by Federal Land, Inc. brims with possibilities.

A member of GT Capital Holdings, Federal Land Inc. has grown into a prime real estate developer in the country since 1972 when it started as Federal Homes Inc. Over the years, they have successfully developed large-scale projects that include condominiums, office buildings, retail and commercial centers, as well as mixed-use townships.  Making their mark across Metro Manila, Federal Land, Inc. has developed landmark projects such as the Grand Hyatt Manila Residences and Grand Central Park in Bonifacio Global City.  For over 45 years, Federal Land, Inc. has prided itself on developments standing on trust, reliability, and integrity. 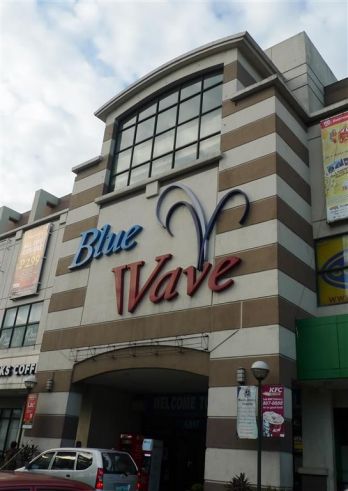