House and lot For Sale in Angeles, Pampanga

Three Storey House with Swimming Pool For Sale near Clark

Brand New House and Lot For Sale with 5 Bedrooms in Angeles City, Pampanga

Santo Domingo, Angeles
Your next home awaits with this beautiful 3-bedroom, 2 toilet and bath, fully furnished house. Designed for those who need enough space to accommodate every member of the family. With a living area to relax in after a long day at work and a dining area for you to enjoy your meals with loved ones, not to mention the open pantry that can be converted to another bedroom, this location is perfect for any lifestyle. Not only does it have all the amenities you need in an urban living experience but also has CCTV installed which makes it convenient and safe for you and your loved ones. You can even make your stay more enjoyable because this home has SMART HOME features that help maintain indoor climate control and allow you to monitor anything from anywhere using just your smartphone! Property Details: Lot Area: 80 sqm Floor Area: 110 sqm (more or less) Selling Price: 4.8M Available for cash or bank financing  *Key Features:* 3 bedrooms  2 full bathrooms and 1 shower  room Open pantry (convertible to s bedroom ) Fenced extended garage with roof (to fit one large SUV)  Extended kitchen & laundry areas Extended master bedroom with balcony All with tiled flooring (garage, stairs, all bedrooms, kitchen, laundry, etc.)  Themed interior blinds Clean Title  Amenities: Swimming Pool  Pavillion  Gym Children’s Playground  Function Hall Mansfield Residences offers a prime location near to essential establishments in the city: 2.9 kilometers to the nearest hospital (Sacred Heart Medical Center) 3 kilometers to the nearest shopping mall (SM Telabastagan) 3 kilometers to Angeles City Town proper 11 kilometers to Clark International Airport For inquiries, please get in touch with me.
₱ 4,800,000
3
Bedrooms
110 m²
Floor area
80 m²
Land Size
View Info
Contact Agent

Santo Domingo, Angeles
* Sale shall be on "as is where is" basis.* All offers are subject to Management approval.* Availability of units and prices are subject to change without prior notice.* Misprints should not be construed as misrepresentation of the property.* Lease offers welcome for all condominium units listed except those under ""With Authority to Sell"". Please call for price.   For concerns, please visit your branch of account, call the Customer Contact Center or the BSP Financial Consumer Protection Department at (02) 708-7087. To learn more about our Consumer Assistance Management System, please visit www.bdo.com.ph/consumer-assistance. House & Lots
₱ 2,926,400
83 m²
Floor area
80 m²
Land Size
View Info
Contact Agent

Pulung Cacutud, Angeles
* Sale shall be on "as is where is" basis.* All offers are subject to Management approval.* Availability of units and prices are subject to change without prior notice.* Misprints should not be construed as misrepresentation of the property.* Lease offers welcome for all condominium units listed except those under ""With Authority to Sell"". Please call for price.   For concerns, please visit your branch of account, call the Customer Contact Center or the BSP Financial Consumer Protection Department at (02) 708-7087. To learn more about our Consumer Assistance Management System, please visit www.bdo.com.ph/consumer-assistance. House & Lots
₱ 2,498,000
76 m²
Floor area
72 m²
Land Size
View Info
Contact Agent

3 Bedroom, 3 Toilet and Bath House For Sale in Angeles City Near Clark

House and Lot for Sale in Sunset Estate at Cutcut, Angeles City, Pampanga

4 Bedrooms Modern home for sale in Angeles city near clark

Mining, Angeles
House property for sale in Mining, Angeles, Pampanga Invest and own a home in an area with a high appraisal value good as a gift for the family  RAINY SEASON PROMO  METROGATE ANGELES / HERITAGE VILLAS ANGELES / NORTHFORD Grab the chance to avail these exclusive promos for the MONTH OF NOVEMBER!  Extended Additional 1.5% DISCOUNT on LOTS AND HOUSE & LOTS on top of all existing promos. BOOK YOUR SITE AND VIRTUAL TRIPPINGS NOW!  Located in between Brgy. Mining & Brgy. Capaya, Angeles City  For assistance and other concerns, contact us., JOMHAR AGBON
Contact agent for price
3
Bedrooms
60 m²
Floor area
102 m²
Land Size
View Info
Contact Agent

Stay a While and Buy a House in Pampanga 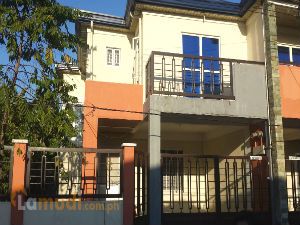 Consistently voted as one of the best places to live in the Philippines, Angeles City in the province of Pampanga is a first income class city that is highly urbanized, very convenient, and comfortable. The city enjoys a diverse economy that attracts more new residents and visitors every year.

Not only does it have a diverse economy that features sectors, such as tourism, technology, manufacturing, exports, and a growing services industry, it is also considered to be home to the Philippines’ largest entertainment district. It is served by many major national highways, such as the North Luzon Expressway and the MacArthur Highway, which provide an important link to the National Capital Region, approximately 80 kilometers to the south.

The city is also connected to the rest of the country, as well as the greater Pacific region, by the Clark International Airport, a former U.S. military base in neighboring Mabalacat. These convenient aspects of the city make it a highly desirable location to buy a house for sale in Angeles City.

According to a crime research report by the Philippine National Police, Angeles City is the 5th most peaceful city in the Philippines. It’s ranked well above Metro Manila, making it even safer to live in than the capital city. Angeles City is most known for its annual hot-air balloon festival and for its extreme sports and trekking activities in the lahar flows of Mt. Pinatubo.

Places to Visit in Angeles, Pampanga

Angeles has earned the nickname of “Culinary Capital of the Philippines”, especially for being a hotspot for pork sisig and Kapampangan cuisine. There are tons of restaurants and bars you can visit around Angeles if you want to hang out with your friends. More than that, there are plenty of tourist destinations you can explore to get to know the city’s culture on a deeper level.  Here are some places you can explore:

If you’re interested to know about the history of Clark, especially the Clark Air Base and Fort Stotsenberg, then this is the place to go. You’ll see artifacts, old photos, and displays.

This is a cultural theme park that features historical locations in the Philippines, including the houses of important Filipinos, Ifugao Village, and Spanish Culture.

The church features two tall towers with a castle-like exterior. They say that if you visit the church for the first time, you can make a wish and it’ll be granted. The church also has a controversial past since it used to be filled with Filipino slaves who were forced to do labor for the church.

It is an outdoor museum displaying propeller planes, helicopters, and jets that were used by the American Air Force in Angeles City. Most of the planes now have a Philippine Air Force logo.

If you have children with you during your trip, then they’ll surely have fun at Zoocobia Fun Zoo. There are fun activities even for adults who are young at heart. You can try out ziplining, slides, car racing, and pony rides.

How to Get to Angeles, Pampanga from Manila

There are several ways for you to get to Angeles, Pampanga from Manila. You can take a bus, taxi or private car. It will be an exciting adventure to get out of the city and be surrounded by nature and fresh air. You can visit tourist destinations, shopping malls, and museums to have a better look at the lifestyle of residents in the area. Perhaps, the change of scenery will convince you to purchase a house and lot for sale in Angeles, Pampanga. Angeles City is approximately 84 kilometers away from the city center of Manila. Despite the long-distance travel, you’ll already have fun looking out of your window on the way there.

The easiest and cheapest way to travel to Angeles will be by bus. You must head to Victory Liner Pasay Station and purchase a ticket to “Dau” which usually costs PHP 150. You can add PHP 5 for travel insurance. The trip from Point A to Point B can take up to 3 hours, so make sure you have a full stomach before getting in the bus. Once you’re in Dau Bus Terminal, you can simply take a tricycle to Angeles City which is just 1.6 km away.

There are taxi drivers who are willing to take the trip to Pampanga when you inquire beforehand. This option might cost you the most, as it ranges from PHP 3,000 to PHP 4,000. On the other hand, you’ll arrive in Angeles much faster at about 2 hours.

The most comfortable option will be to take a private car for the trip. In this way, you can enjoy a few stops along the way for food or a bathroom break. The ride usually takes around 2 hours to get to Angeles City, so bring your pillow and prepare a long playlist.

Find a House and Lot for Sale: Angeles City and Its Subdivisions 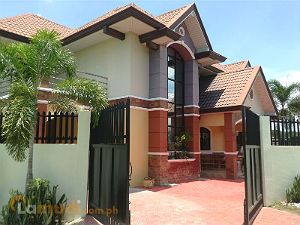 Metrogate Subdivision - It is an ideal subdivision that encompasses a land area of 87 hectares. It is in a conveniently accessible location and boasts high-quality amenities to improve your way of life. You’ll feel safe living here because of the CCTV camera system, 24/7 security guard team, and perimeter fence. You can head to the parks and picnic areas for outdoor activities without having to leave the subdivision. A house and lot for sale in Metrogate Subdivision is priced from PHP 4.5 million to PHP 18.7 million.

Villasol Subdivision - This is the perfect subdivision for those who wish to be close to the nightlife of Malabañas, but also wish to be far enough not to be constantly inundated by it. Villa Sol is located in neighboring Amsic, which has many schools and shopping areas, making it ideal for families with children. You’ll find a house and lot for sale in Angeles, Pampanga at Villasol Subdivision for PHP 8.5 million, featuring a 200 square meter floor area with three bedrooms.

L&S Subdivision - Located in the barangay of Santo Domingo, the L&S subdivision is also close to the MacArthur Highway on its western side, further south of Tabun. Perfect for families of all sizes as well as individuals, there are several churches and supermarkets in the area. Additionally, the subdivision has its own park, aptly named the L&S Subdivision Park. A house and lot for sale in this gated community can range from PHP 14 million to PHP 20 million.

Are there any houses and lots for sale in Angeles, Pampanga with a swimming pool?

Yes, you can find numerous houses and lots for sale in Angeles, Pampanga with a swimming pool. Swimming pools increase property value and provide excellent recreational and fitness opportunities for people of all ages.

Are there any houses and lots for sale in Angeles, Pampanga with 24-hour security?

Are there any house and lot for sale in Angeles, Pampanga with more than 3 bedrooms?

Yes, there are almost a thousand house and lot for sale in Angeles, Pampanga with more than 3 bedrooms. Property values are much more affordable in Angeles City than in Metro Manila, so you can get a spacious house here without breaking the bank.

Find Other Properties in Angeles