Office/Penthouse For Lease at Plaza Moriones

Plaza Moriones is a major public square in Tondo, Manila. Unlike other squares in Manila, the plaza is in the shape of a linear park occupying the central median of Moriones Street, starting at the intersection of Moriones and Juan Luna Streets, and ending at the intersection with Santa Maria Street, bisected by Nicolas Zamora Street in the center. It is named after Governor-General Domingo Moriones y Muralla, responsible for the construction of Manila's sewerage system during his tenure from 1877 to 1881.

Originally an open green field lined with benches in colonial times, today the plaza is paved, with a size of 2,227 square meters (23,970 sq ft) and a capacity of 6,681 persons. Trees and benches line its entire length, and three fountains have been placed throughout the plaza.[Flanked by paved roads, the central portion of the plaza resembles 19th century garden design with its plants such as bandera española (canna) flowers and palm trees.

At the end of the plaza stands the Sigaw ng Tondo, a monument sculpted in 1978 by Eduardo Castrillo in memory of local victims fleeing Japanese forces during the Battle of Manila in 1945. In 2010, another monument was erected at the plaza in memory of Honorio Lopez, a Tondo-born playwright who fought in the Philippine Revolution.

As is where is 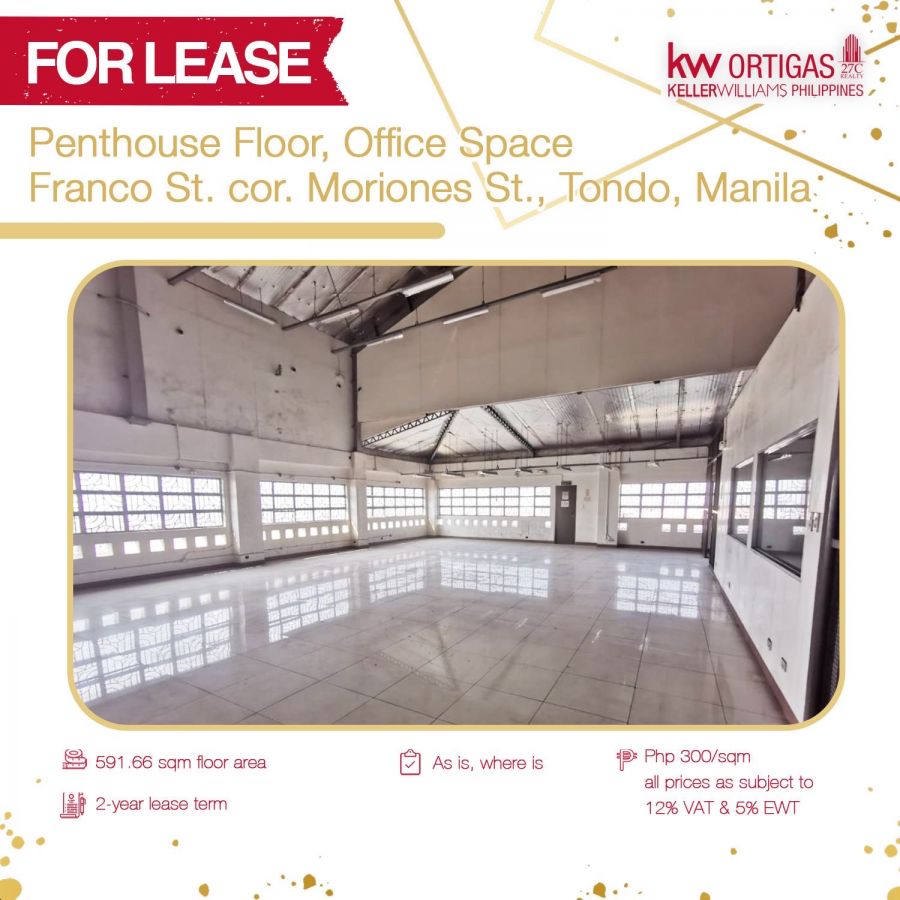