House and lot For Sale in Cabanatuan, Nueva Ecija

For Sale Large House and Lot

House and Lot at Primavera Homes

House and Lot For Sale at Cabanatuan, Nueva Ecija

House and Lot for sale in Cabanatuan City near SM Cabanatuan

Tittled House and lot for sale at Imperial homes

House and Lot for Sale in Cabanatuan Nueva Ecija

house and lot for sale

2 Bedroom House and Lot for Sale in Cabanatuan

Cabanatuan Is a City on the Rise

Although Cabanatuan, a first-class component city comprising 89 barangays and a population of 302,231 based on the 2015 Census, is not the capital city of Nueva Ecija (that distinction was transferred to Palayan City in 1965), it remains the economic, financial, and cultural heart of the province. It still hosts the provincial capitol building, is considered as the gateway to Northern Luzon, being a popular stop for bus commuters and travelers going to Aurora and Cagayan Valley, and is the center of the province’s rice industry, being home to some of the largest warehouses and storage facilities in Nueva Ecija.

As Central Luzon’s fifth largest city in terms of population, Cabanatuan has a huge catchment area to serve. As such, it is home to several large shopping malls, most notably NE Mall, NE Pacific Mall, Robinsons Townville Cabanatuan, SM Megacenter Cabanatuan, Waltermart Cabanatuan, and SM City Cabantuan. Aside from these, a number of shopping and lifestyle centers are also in the works, including S&R Membership Shopping, Starmall, and a second Robinsons Mall. All these retail developments show that real estate developers are bullish about the city’s economic and business potential. Coupled with a population that is growing at a rate of 1.98 percent per year, residential and other housing developments are another major driver of the city’s growth.

As expected from a city with high growth potential, real estate developers are very optimistic about Cabanatuan’s housing market. This is best demonstrated by the sheer number of subdivision developments happening in the city. A house and lot for sale in Cabanatuan City is now not hard to find.

One of the major real estate players in the city is Vista Land’s Camella, which has two projects in Cabanatuan: Camella Nueva Ecijia in Barangay Sta. Arcadia and Camella Cabanatuan in Barangay Mabini Homesite. These two projects offer homes in 19 different designs. The price range of these Cabanatuan City house and lots for sale are from PHP 1.05 million to PHP 7.1 million. 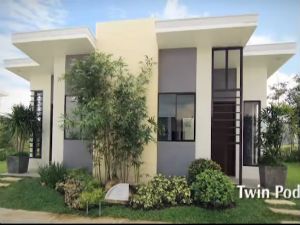 Ayala Land’s low-cost subsidiary also has a subdivision project in the city. Named Amaia Scapes Cabanatuan, this 16.7-hectare development boasts of 1,410 house and lot units, ranging in size from 25 to 55 square meters with a price range of PHP 770,000 to PHP 1.6 million. This development is one of the most affordable from an established national real estate developer.

However, the city is not all about homes and business; the city also offers resort-like real estate projects for buyers who want a home within a leisure community. One of these developers with such a project is noted real estate company Landco Pacific, whose Cabanatuan project, The Courtyards at Lakewood Golf Estates is a self-contained community boasting of a clubhouse with a grand ballroom, swimming pools for adults and kids, and pocket parks. Future residents of The Courtyards will also be afforded access to the exclusive amenities of Lakewood Golf and Country Club.

Indeed, things are definitely starting to look up for Cabanatuan. No longer a mere commuter stopover, the city is quickly reinventing itself as a real estate hotspot, home not just to shopping centers and residential subdivisions, but sprawling leisure and golf estates as well.