House and Lot For Sale in Dumaguete - Buy Homes | Lamudi

house for sale in Balugo

House and Lot for Sale in Dumaguete City

For Sale House and Lot with Swimming Pool,Meditation Room, etc.

House and Lot for Sale in Bagacay , Dumaguete City

90% Finished House for Sale in Dumaguete

Philippines, Bacong, Isugan Poblacion No. 1, Dumaguete
This house and lot for sale is perfect for those people who wants to live a quiet country life in a serene environment, but not want to be too far off the town...
₱ 10,000,000
3
Bedrooms
334 m²
Floor area
1600 m²
Land Size
View More Info Contact Agent
12

3 Bedroom House and Lot with Store Along Highway 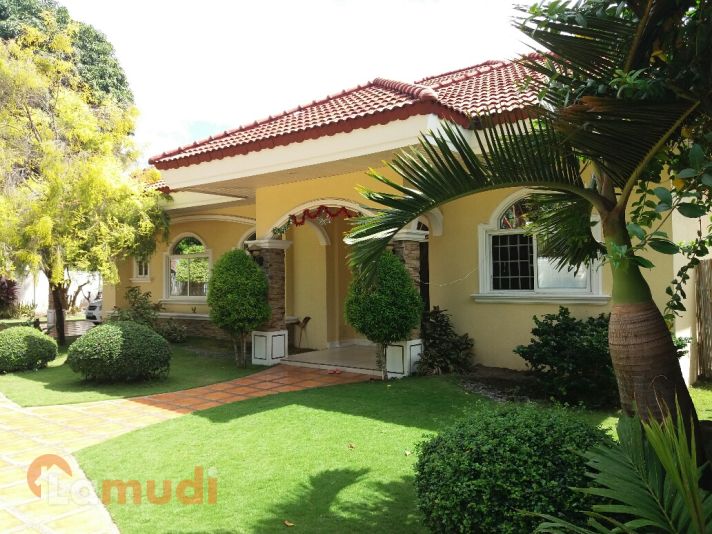 Dubbed as “The City of Gentle People,” residents and visitors alike often describe Dumaguete, which is also the provincial capital of Negros Oriental, as perhaps the country’s quintessential college town. It is a popular educational destination for students in nearby provinces and cities. And with 18 public elementary schools and 8 public high schools in Dumaguete, the city’s student population is estimated at 48,000.

Many of these students eventually go into college and often stay in the city after graduation because of the allure of a laidback yet energetic lifestyle, as well as the job opportunities available in the BPO and IT firms located in the area. Many consider Dumaguete as a melting pot of students, professionals, artists, scholars, and literary figures who come from other parts of the country and other corners of the world.

Among the many businesses that have established operations in Dumaguete are call centers, publishing, medical transcription, architectural outsourcing, and animation. With over 20 BPO and IT firms in the city, Dumaguete is fast becoming an important hub for the BPO and IT industries in the Visayas.

A Jump Off Point To Apo Island

A considerable number of foreign and local tourists visit Dumaguete on a regular basis. The city has easy access to nearby islands in the Visayas, such as Cebu and Siquijor, that are considered popular tourism destinations. For others, particularly those who are into diving, Dumaguete is often the jump off point to the world famous Apo Island, which is located in Dauin.

Apo Island is one of the top dive sites in the country and in the world, thanks to its rich natural marine resources that include 650 documented fish species and 400 different kinds of corals. Magnificent white sands and fantastic rock formations dot the terrain of this protected marine sanctuary. Dumaguete is also the jump off point to Bais, a coastal town in Negros Oriental famous for its whale-watching and dolphin-watching activities.

Not Only for Students, but Also a Retiree’s Haven

Because of what Dumaguete has to offer and the accessibility of nearby tourism destinations, Forbes Magazine has ranked the city fifth in its "7 Best Places to Retire Around the World."

Dumaguete also plays a pivotal role in the country’s telecommunications infrastructure. It hosts fiber optic lines and serves as a focal point and a landing point for fiber optic cables that link it to the Visayas, Manila, Luzon, and Mindanao. The city’s power source, on the other hand, comes from the geothermal power plant in Valencia.

Dumaguete’s airport is located in nearby Sibulan town and serves as the air transport hub in Negros Oriental. However, a new international airport to be located in nearby Bacong is in the drawing board to accommodate the increasing number of tourists and visitors who come to Dumaguete to either study, work, or as tourists. This airport is targeted to start its operations by 2025.

As a major port city, Dumaguete is a jump off point for passengers traveling to other parts of the Visayas and Mindanao. There are daily ferry connections to Cebu, Bohol, Siquijor, and Mindanao.

The motorized tricycle is the main form of public transportation in Dumaguete. It can fit six to eight passengers and travels to the city’s outskirts, where jeepneys and buses are available for those who want to go to other towns and municipalities in Negros Island.