Piapi, Dumaguete
M&S Townhouses is located in a quiet cal de sac surrounding by the up and coming entertainment area  of Dumaguete City.  Right behind the newly built Marina Spacial Township.  The 1st Township to be built in the city.  Containing a four-story Mall & Supper market and the Quest Hotel to be built on the same site along Escano Beach.
₱ 25,000
3
Bedrooms
3
Baths
145 m²
Floor area
View More Info
Contact Agent

Dumaguete - Palinpinon Rd, Barangay Candau-ay, Dumageuet Candau-Ay, Dumaguete
NO LEASE: Dumgauete Studio Apartments is ideal for short-term stay. Book us for a week for $150 and we will furnish you with a free Honda motorbike so you can ride around town looking for a better place to stay.  But be warned... it's not going to be easy to find a better residence. You might even decide to stay a month or two.   OUR GUARANTEE:  Dumaguete Studio Apartments will gladly refund your deposit in full with a big smile if you are not 100% delighted with our location, our cleanliness, the layout of your apartment, our pool, or anything you see when you arrive. The reason is simple. Our place feels so much better when everyone is happy.  PERFECT LANDING PAD: Dumaguete Studio Apartments is the perfect place for your first visit. Seriously, you need to be in a super secure place where you know you will be safe until you learn your way around Dumaguete.
Contact agent for price
1
Bedroom
1
Bath
80 m²
Floor area
View More Info
Contact Agent

Lower Bagacay, Valencia Road Dumaguete City 6200 Bagacay, Dumaguete
Our Modern Built Apartment Are All Conveniently Located At The Best Living Area In Dumaguete City, Just A Few Minutes Away From The Nice, Picturesque Beach Promenade, The Fancy International Restaurants And The Unique Night-life.even With The Proximity To The City Center, We Can Assure You A High Secure, Comfortable, Very Quiet And Private Atmosphere, Where You Will Feel At Home Right Away.Just Across Of The Road Of Our Apartments You Will Find The Biggest, Most Famous Supermarket In Dumaguete (called Hypermart), Where You You Will Find A Wide Range Of Filipino And International Products, Which Is Definitely A Plus For Self-caterers.next The Apartment You Will Also Find Genuine Local Cuisine In The Nearby Filipino Restaurant As Well As A First Class Chinese Restaurant Just 10 Meters Away.the Apartment-complex is Extended With An Authentic Austrian Restaurant . Under Austrian Management For A Fine Dining Experience Within The Apartment-building.Living Area, One Living And Dining Room And Are Fully Air Conditioned. Additionally They Feature A Fully Equipped Kitchen With Cooking Counter, Big Refrigerator, A 4 Burner Stove With Baking Unit (gas And Electric), A Microwave Oven, Toaster, Etc. All Units Also Have Cable TV, Telephone Line And Internet Connection.every Apartment Is Equipped With A Washing Machine In A Separate Washing Area. Some Units Also Have A Terrace.the Pool Is Located At The Center Of Our New U-shape Annex Building, Where You Can Enjoy And Relax At A Very Private Atmosphere.
₱ 26,800
2
Bedrooms
1
Bath
80 m²
Floor area
View More Info
Contact Agent

Apartments in Dumaguete for rent

Apartment for rent with free water

For Rent One Bedroom Apartment with pool

30.2km
Lagunde, Oslob
Studio apartment for rent in oslob cebu 15 minute drive to whale shark watching area and nearby tourist spots This property is inside a gated resort which has its own access to the beach
₱ 8,000
1
Bedroom
1
Bath
View More Info
Contact Agent

30.2km
Lagunde, Oslob
Apartment For rent in Brgy Lagunde Oslob This property is inside a gated resort which has its own access to the beach. 1 Bedroom 1 Living Room 1 CR Kitchen
₱ 15,000
1
Bedroom
1
Bath
View More Info
Contact Agent

Quiet Apartment for sigle or couple

Live Comfortably in the City of Gentle People 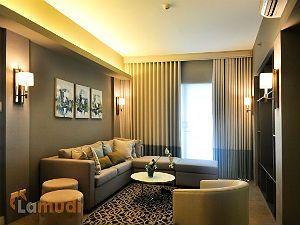 Dumaguete prides itself on being one of the economic and academic centers in the Visayas. Dubbed as the “City of Gentle People,” it is the provincial capital of Negros Oriental. With a population of 131,377 as of 2015, it is also the largest city in the province.

The name “Dumaguete” was derived from the Cebuano word “danggit,” which means “to snatch.” According to the Department of Tourism (DOT), due to the frequent attacks of Muslim pirates on the coastal town, the word "dumaguet", meaning "to swoop," was given to the village. In 1948, Dumaguete was officially declared a city.

As an economic center, the city enjoys a vibrant business scene, reinforced by the influx of investors in business process outsourcing (BPO) and other industries. Two of the largest information technology (IT)-enabled services firms, TeleTech and SPi, have branches in the city. Dumaguete is also home to a good number of commercial real estate developments, one of which is spearheaded by Robinsons Land Corporation.

However, most of Dumaguete’s income comes from the academe, which brings in an average of PHP 2 billion annually. The city is home to four universities and several colleges, making it a popular educational destination for students from surrounding provinces and cities. Silliman University, the first Protestant university in the Philippines and the first American university in Asia, is the most recognized amongst Dumaguete’s academic institutions.

Both students and young professionals who want to take advantage of the area’s vibrant educational and business environment often opt to stay in an apartment for rent in Dumaguete, Negros Oriental, which is the most convenient housing arrangement for their kind of situation.

The city is also known for its tourist spots and famous landmarks. Rizal Boulevard is the most visited area by locals and tourists alike. Running along the coastline, Rizal Boulevard, particularly its promenade, is the meeting place for people from all walks of life who enjoy jogging, picnics, and outdoor barbecues. Visitors can also benefit from staying in an apartment for rent in Dumaguete, Negros Oriental since there are affordable transient rental options for short-term stays.

The bell tower of Saint Catherine of Alexandria Cathedral is one of the oldest landmarks in Dumaguete and a silent witness to history. It is worthy of being noted as a major tourist stop for visitors going to the city.
These are just some of the many reasons why an apartment for rent in Dumaguete is worth the money. The question, however, is where to find good deals.

Apartment for Rent: Dumaguete Is Worth Considering 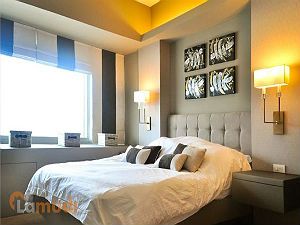 Those looking for an apartment for rent in Dumaguete City actually have a lot of great deals waiting for them. J.T. Lacson Realty offers four-bedroom apartments in Daro that can be leased monthly for PHP 18,000. The agency also has four-bedroom units up for rent in Piapi for only PHP 22,000 per month with the main selling point being its proximity to Silliman University. It is also located just a few meters away from the beach.

For others who prefer to stay in a high-rise apartment for rent in Dumaguete, Negros Oriental, Victoria Residence has some apartment units for rent. It is located at the center of Dumaguete and offers a wonderful view of the Freedom Park and Capitol Building. A fully furnished unit with one bedroom starts at PHP 21,000 monthly.

There are also modern-built apartments in a complex located in Lower Bagacay, Valencia Road. The monthly rental for a fully furnished two-bedroom apartment starts at PHP 20,000. Renting a unit gives access to the complex’s own swimming pool. However, the complex’s proximity to the beach promenade is its main selling point.

Find Other Properties in Dumaguete