Tangub, Bacolod
THE ENCLAVES BY AYALA LAND PREMIER IN TALISAY CITY BACOLOD AT NORTH POINTCentrally located in Talisay City with Bacolod to the south and Silay to its north, Nor...
₱ 4,000,000
361 m²
Land Size
08/01/2019
Available From
View More Info Contact Agent
7

Mansilingan, Bacolod
Residential Lot in Bacolod City for Sale What is special about the location? Subdivision entrance is just beside the highway From the location of this lot, short distance to the entrance and to the highway, and the highway has 24/7 PUJ p...
₱ 532,000 $ 10,037
140 m²
Land Size
01/06/2018
Available From
View More Info Contact Agent
1

Lot only clean title for sale

Lot Near Goldenfield Complex for sale

Where Style and Comfort Come Together; Where Fun and Recreation are Steps Away.

2 Adjacent Lots For Sale at Gardenville

A Fast Rising City in the Visayas Region 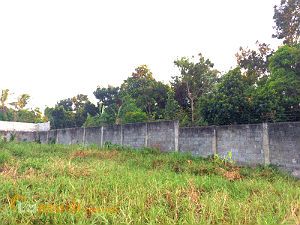 Popularly known as the City of Smiles, Bacolod has proven itself friendly not only for tourists but also for businesses. This signaled the rapid development of various industries in this city in Western Visayas, and earned it a new reputation as one of the most highly urbanized cities of the Philippines.

A testament of the progress that Bacolod is now experiencing is its flourishing real estate sector. A recent visit to the city will prove the difference as the changing landscape of Bacolod is far compared to its look five years ago. Developments have been sprouting around the city from both local and national real estate developers. This clearly indicates that the local economy of the city is truly gaining attention from investors.

As one of the newest rising cities in the country, investors now see Bacolod as a lucrative city to venture in, particularly when it comes to real estate. The city is experiencing its best market condition in 20 years, and the future of the sector is certainly gearing toward more achievements and accomplishments.

Lot for Sale: Bacolod City Is a Viable Investment

Planning to invest in real estate? A Bacolod lot for sale can be your best bet. According to real estate websites Lamudi and MyProperty, the city is one of the six where one can buy a relatively spacious house below a million pesos. Moreover, Lamudi search traffic revealed that the city is actually one of the top searched for locations preferred by home buyers, which further confirms the spur of interest that Bacolod is enjoying now. 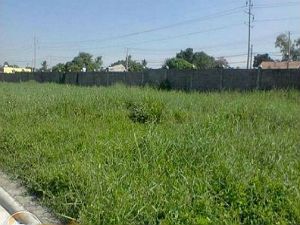 Should one decide to purchase a residential lot for sale in Bacolod and build their own house in the city, he/she will be thoroughly rewarded. As the city continues to attract massive amounts of investments, especially from the country’s largest real estate developers, properties are assured to experience healthy capital appreciation over the next few years. Those who opt to buy now and hold on to it for the long-term will be rewarded with a very valuable piece land that will only continue to grow in value many years from now.

In addition, the capital city of Negros Occidental is recognized as the Information Technology and Business Process Outsourcing hub of Western Visayas. With the presence of eight major call center companies and 15 PEZA accredited special economic zones, including the Grand IT Park, Bacolod currently ranks fifth among the top ten “Next Wave Cities” listed by the Commission on Information and Communications Technology (CICT) and the Business Process Association of the Philippines (BPAP).

These accolades mean that the city’s real estate market will continue its growth spurt over the next decade or so, which also means that the time to invest in a lot for sale in Bacolod City is now. Who knows, in the near future, the city might become a hotspot like Makati or BGC, and the ones who will buy early will be the first ones to reap the fruits of their investment.