Pad For Rent near Trendline Cogon and Nazareth

Kauswagan, Cagayan de Oro
This private room is suitable for transient family, bachelors, backpackers, and big groups who are looking for affordable yet safe place to stay while in Cagayan de Oro. It is located just 10 minutes away from city proper, schools, banks, commercial, departments stores, malls and other commercial establishments. It is also very close to the most visited adventure place, Seven Seas. Also, our place has enough space for your vehicles. This featured room can accommodate maximum of 4 guest, no air-con but we will provide electric fan. The bathroom is separate from the boys and girls as well as the laundry area. Check the rates below:Daily: P450 per day, minimum of 3 daysWeekly: P1,700 per weekMonthly: P5,000 per month, with one month deposit prior to move-in.Room rates are already inclusive of electricity and water. We also have rooms with air conditioner. For more details, message or call me now! Apartment property for rent in Kauswagan, Cagayan de Oro, Misamis Oriental
₱ 5,000
1
Bedroom
1
Bath
12 m²
Floor area
View Info
Contact Agent

Room for Rent near Trendline Cogon

Room for Rent near Trendline Cogon Pad for Rent in Iligan City , inside Chelina Beach Resort

Room for Rent in Iligan City

Room for Rent in Iligan City

See condominiums in your radius
10 listings
15 Condominium Unit for Rent in CDO

2.9km
Barangay 35, Cagayan de Oro
The property is a 21.9 sqm studio unit with balcony located at the 18th floor of The Loop Tower at Limketkai Drive, Cagayan de Oro City. It is very conveniently located at the center of the city with large malls, supermarkets, cinemas, banks , etc  just a stone´s throw away. The apartment has a fantastic view of the city and of the sunset. And the streets below are lined with trees and usually have just mild traffic compared to other areas in the city center as the area is a semi-private complex.  There are plenty of free parking spaces in the vicinity also.  As a fully furnished apartment, it has a kitchen that´s equipped with kitchenwares, a refrigerator with a freezer, a microwave oven, an electric kettle, a rice cooker, a range hood and an electric range oven so that you can cook, bake or just heat your food anytime you want. The apartment has also a 55" smart tv with 56 cable channels, netflix and internet with a speed of 15 mbps.  It also has a sofa and a round glass dining table with 3 dining chairs. It has a bunk bed which has a trundle bottom bed. The bottom bed can turn from a single into a king size bed.  We have duvets and bed linens to offer if needed. The bathroom is equipped with a glass enclosed shower with heater, a cabinet mirror, a sink and a toilet with bidet. The property has 24/7 security and a canopy garden at the 26th floor. We offer 10% discount for stays of more than 8 days; 20% for stays of more than 16 days; 35% for stays of more than 30 days.
₱ 1,800
1
Bedroom
1
Bath
21 m²
Floor area
View Info
Contact Agent

Elegant Condo Unit for Rent in One Oasis in Camaman-An, Cagayan de Oro

3.0km
Camaman-An, Cagayan de Oro
Your urban oasis takes the form of an Asian-Balinese inspired master-planned community of mid-rise residential buildings set at the heart of downtown Cagayan de Oro City. You have the world at your fingertips because your home is a convenient distance from just about anything you will ever need.One Oasis Cagayan de Oro is located at Rosario Limketkai Avenue, Brgy. Camaman-an, Cagayan de Oro City, along the perimeter fence of Limketkai Complex and J. R. Borja Extension.Everyday is a relaxing treat to the body and spirit brought about by first-rate AMENITIES at One Oasis Cagayan de Oro.Clubhouse, administration and fitness buildingSwimming pool and kiddie poolBasketball courtMulti-purpose hallChildren’s play areaBook now! Message me for more details Condominium property for rent in Camaman-An, Cagayan de Oro, Misamis Oriental
₱ 25,000
1
Bedroom
1
Bath
30 m²
Floor area
View Info
Contact Agent 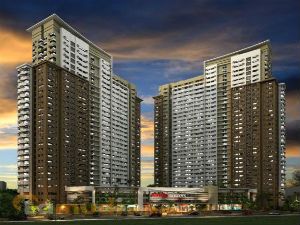 A first-class highly urbanized city and the capital of Misamis Oriental, Cagayan de Oro can be considered as Northern Mindanao’s major hub for business, trade, and commerce. It is also the center of the Metropolitan Cagayan de Oro area, which includes the city of El Salvador and the towns of Opol, Alubijid, Laguindingan, Gitagum, Tagoloan, Villanueva, Jasaan, and Claveria. Together, this metro area has a population of 1.219 million as of 2012. The city itself has a population of 675,950 according to the 2015 Census, which makes it the 10th most populous city in the Philippines.

Cagayan de Oro City is a popular tourist destination in Mindanao. Its most famous attraction is the Cagayan de Oro River, a popular site for whitewater rafting and kayaking, and has been promoted by the Department of Tourism as the metro area’s main tourist attraction. Aside from this mighty river, the city is also home to many other attractions, including the Mapawa Nature Park, Monigue Cave, Migtugsok Falls, and the Gardens of Malasag Eco Tourism Village, among many others. The city’s festivals are also well attended, including the Higalaay Festival celebrated in honor of the city’s patron, Saint Augustine, held every August.

Being Northern Mindanao’s hub, the city is also well served by transportation infrastructures. Its main airport is located 47 kilometers away in the town of Laguindingan, which handles domestic flights to Manila, Cebu, Iloilo, and Davao. The Port of Cagayan de Oro in Macabalan, meanwhile, is Mindanao’s busiest—the port handled close to 1.4 million tons of cargoes during the first quarter of 2016, while it also handles sea-going vessels from other cities like Manila, Cebu, Tagbilaran, Bacolod, Dumaguete, and Iloilo. 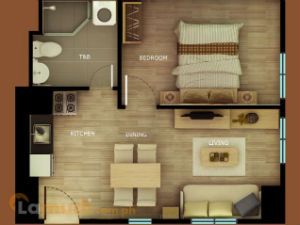 Opting for an Apartment for Rent in CDO

A city with a huge population, apartments for rent in Cagayan de Oro city are without a doubt abundant. The city is one of Mindanao’s most important residen hotspots, and in fact, its population grew by 2.23 percent per year from 2010 to 2015, according to data from the Philippine Statistical Authority. The city’s real estate industry, particularly its residential sector, is rapidly growing.

Being a mid-sized city with plenty of space to spare, an apartment for rent in Cagayan de Oro is one of the most popular residential options in the city. These property types are highly sought after, and may range from PHP 9,000 per month for a two-bedroom duplex set within a gated community to a spacious three-bedroom apartment in Macasandig, with a monthly rental rate of PHP 18,000.