Western Bicutan, Taguig
Our residential lot is located along E. Aguinaldo Street near Dagohoy Street in Phase 1 of AFPOVAI Subdivision in the city of Taguig. AFPOVAI is along Bayani Road where most of the military elite of the Philippines reside. While it is still in its early stages of development, a lot of big houses owned by generals and commodores are already built.  With the emergence of BGC, the value of properties in AFPOVAI have appreciated by leaps and bounds. Our lot is situated in the perimeter of Phase 1 with a frontage of 16 meters and a depth of 25 meters. The total lot area is 400 sqm. Asking price is Php 30M. Slightly negotiable. Standard closing taxes and fees apply. Please schedule viewing with us to better appreciate. Shared listing: Janice S. de Jesus REBL 0007679
₱ 30,000,000
400 m²
Land Size
11/12/2020
Available From
View More Info
Contact Agent

Residential lot for sale in Taguig

Taguig
Code: DS881897 Category : Lot for Sale Project : AFPOVAI City : Bayani Road, Taguig City Size: 200 sqm Selling Price : Php 17,000,000.00 Details of the Property : •   Very near the gate •   Perimeter A subdivision, or rather cluster of subdivisions, is found within Fort Bonifacio. Located along Bayani Road, AFPOVAI is a subdivision where most of the military elite of the Philippines reside. While it is still basically in its development, a lot of big houses and mansions, owned by generals and commodores are already built upon it. For more details and viewing; Bien Singson-Lim Licensed Real Estate Broker - PRC#0005179 0917---500---24---36 Top Realty Corporation
₱ 17,000,000
200 m²
Land Size
View More Info
Contact Agent

Only Remaining Prime Lot for sale in McKinley West Village

1.7hectares Lot for Sale at BGC

May Francia Gonzales
MEMBER SINCE 2019
6

Lot 7 Blk 38 Bañares Street, Brgy. Central Purok 4, Taguig City Central Bicutan, Taguig
All properties are offered on “As-is, Where-is” basis. Titles of properties are either under Seller’s name or under various stages of consolidation in the Seller’s name. Interested parties are therefore advised to check the title, the physical and legal condition of the property. Vicinity maps, lot and floor areas are approximates only. Property details including the lot plans and pictures, prices, and terms are subject to change without prior notice. The Seller reserves the right to pull-out any property anytime. Changes in prices are subject to the sole discretion of the Seller. The Selling Entity accepts no liability for the content of this communication, or for the consequences of any actions taken on the basis of the information provided. Interested buyers are reminded that all property is being offered for sale on an “As-is, Where-is” basis, and are advised to conduct their own due diligence."
₱ 4,950,000
170 m²
Land Size
View More Info
Contact Agent 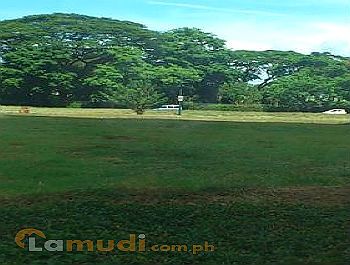 A City to Be Reckoned With

Currently boasting as having one of the lowest tax rates in Metro Manila, the city of Taguig is ideal for those looking to buy land in the National Capital Region. The city’s competitiveness is very much evident with the success of places like the Bonifacio Global City (BGC). It continues to be viewed by some experts as possibly beating Makati as the Philippines’ next leading central business district in the near future.

Originally starting out as a flourishing fishing community along the western shores of Laguna de Bay, the city is now on the cusp of being one of the most prominent locales in the country. The continued development of the aforementioned BGC area has since began to similarly occur in the other sections of the city, such as the 74-hectare Arca South on the former FTI complex along the South Luzon Expressway. The BGC is now also widely considered to be the ideal blueprint for other developments all over the country.

Taguig is easily considered as one of the top three cities in Metro Manila. It hosts a variety of real estate 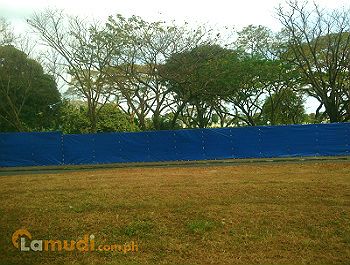 with a fair share of residential and commercial developments. It has many high rises, but its hilly terrain and less dense urban population as compared to places like Quezon City has allowed for a number lots available for sale.

The market includes several commercial properties situated in the BGC, which can serve as an incredible asset for any company or entrepreneur looking for a place with a significant amount of foot traffic. There are however, even more properties beyond the business district. Some of the most popular are seen in areas like McKinley Hill, McKinley West, and the aforementioned Arca South. Prices currently range from as low as PHP 130,000 for standard residential lots in the outskirts of the business districts to as much as PHP 24 million for land suited for commercial use.

Because of the vast economic potential which the city continues to possess, Taguig is the ideal place for buying land. It offers more than high-rise properties common in highly urbanized areas. It has comparatively lower tax rates, which in turn increases the chances of investment returns. While still on the rise, the city is already highly developed, making it an ideal place to live, do business, or both in the present and in the foreseeable future.

Find Other Properties in Taguig