Do You Want A Space For Your Entrepreneur And Creative Team?

Fort Bonifacio, Taguig
Disasters are definitely unexpected and devastating. You can't foresee these natural catastrophes but you and your business can be ready for these. Keep your bu...
₱ 10,000
2000 m²
Floor Area
View More Info
Contact Agent

Office Space for Lease in The Finance Centre, BGC, Taguig

Coworking Space in BGC for rent

Office Space for Lease in BGC - One Park Drive

Plug and Play Office Space for Lease in BGC 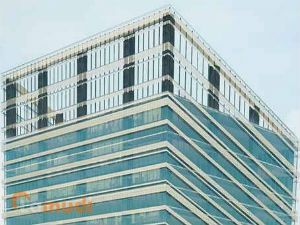 Taguig is one of the fastest-rising cities in Metro Manila. Located along the western shores of Laguna de Bay, it is bound by Muntinlupa to the south, Pasay and Parañaque to the west, Makati to the north, and Pasig and Cainta to the northeast. The Pasig River runs through the northern side of the city.

Several foreign missions are based here, in particular within the Bonifacio Global City (BGC) and McKinley Hill areas. The embassies of the United Kingdom and South Korea are located in McKinley Hill, while the Singaporean Embassy and the Swedish Embassy are located in BGC.

Important Landmarks Found Within the City of Taguig

From the historic to the modern, Taguig has lots of must-see landmarks. One may visit the 17th-century Parola landmark at Napindan, which still guards the mouth of the Napindan Channel, where Laguna de Bay empties into the Pasig River.

Another interesting place to visit is the unique Blue Mosque Islamic religious center at Maharlika Village. Roman Catholics may want to visit the 16th-century Saint Anne Church in Barangay Santa Ana, and the Dambanang Kawayan or Saint John the Baptist Parish in Barangay Ligid-Tipas, which has an altar, wall sidings, a ceiling and benches made of pure native bamboo. The Manila American Cemetery and Memorial, and the Libingan ng mga Bayani or the Cemetery of the Heroes, two historical sites that serve as resting places of patriots and war heroes, are also located in the city.

Of course, Taguig is now better known for Bonifacio Global City. This 440-hectare central business district that used to be a part of Philippine Army’s Fort Bonifacio headquarters was designed with a fusion of excellent points from Seoul, Singapore, Vancouver, and Paris in mind. At present, many corporate headquarters, as well places of interests such as Kidzania, the Mind Museum, Market! Market!, and SM Aura Premier are located within BGC.

McKinley Hill and Upper McKinley Road are two of the most recent mixed-use developments in Taguig. Located within McKinley Hill is the Venice Piazza, a township that is a replica of Venice, Italy. Venice Piazza has copies of the Venetian canals and Piazza San Marco, as well restaurants that serve European and Mediterranean dishes. 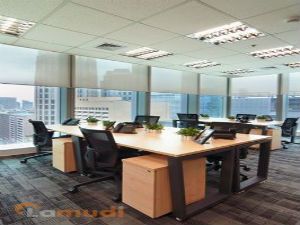 Ayala Land’s 70-hectare business and lifestyle district Arca South, located on what was then known as Food Terminal, Inc. (FTI), is now nearing its completion. Other real estate development projects, such as the Laguna de Bay Lakeshore Development, situated along the Bulacan-Rizal-Manila-Cavite Regional Expressway or C6 Road, are being conceived.

For those who are interested in a commercial space for rent in Taguig, there are more than a hundred commercial properties available in the business districts of the city. For example, at 40th Street, the lease for commercial spaces costs an average of PHP 850 per square meter per month. There are also fully furnished commercial spaces for lease in McKinley Hill for less than PHP 17,000 a month. Be it your new corporate headquarters, a retail space, or a new restaurant, there will always be something in Taguig to make your dreams come true.