Pasadeña, San Juan
5 Reasons why San Juan is the ideal place to live Code : DS882429 Category : For Sale Project : Townhouse City : Brgy. Pasadena, San Juan City Unit :  Three Bedroom (3BR) Size :  LA : 68.58 sqm FA : 233 sqm Parking : 3-4 Car Garage Selling Price :  Php 31,390,000.00 (Negotiable upon presenting an offer) Details of the Unit: •   Corner Unit •   Facing East •   Units are made with elegant and excellent architecture •   Secure and serene environment with modern design San Juan is known to be the heart of Metro Manila and it’s not because it resembles the shape of a heart but because it’s very accessible to Quezon City to the north, Makati and Mandaluyong to the south, Ortigas to the east, and Manila to the west. Its strategic location leads you to different business establishments, restaurants, shopping malls like the Greenhills Shopping Center and exclusive schools like La Salle Greenhills, Xavier and ICA. 1. Accessible to prominent hospitals and establishments San Juan City is surrounded by prominent hospitals and establishments. Medical institutions include Cardinal Santos Medical Center, San Juan Medical Center, St. Luke’s Medical Center and St. Martin De Porres Charity Hospital. 2. Green spaces There are a number of parks and green spaces in San Juan for families to enjoy. One of Metro Manila’s newest parks, Jackson Park in Greenhills West, opened late last year. There is a playground and open areas. 3. The center of Metro Manila Multiple streets connect San Juan to EDSA where Makati, a 20-minute drive away, and Quezon City, 30-minutes by car, are easily accessible. This means it is easy to get to work, no matter where work may be. 4. Near the country’s best schools Several of the Philippines’ top educational institutions can be found either in San Juan or close by. Xavier School, Immaculate Concepcion Academy, Jubilee Christian Academy, La Salle Greenhills, Saint Pedro Poveda College and Fountain International School are just a few located in the city. 5. Shopping destination San Juan City is also just near these big malls in the metro: Robinsons Magnolia, Robinsons Galleria, SM Megamall, The Podium, Shangri-La Plaza and Power Plant Mall. For inquiries and property viewing please call: JARED DIMANGONDAYAO Licensed Real Estate Broker Your Partner in Real Estate
₱ 31,390,000
3
Bedrooms
233 m²
Floor area
68 m²
Land Size
View Info
Contact Agent

Corazon de Jesus, San Juan
*UnionBank may, at any time, withdraw any of the properties listed above prior to the auction. *Availability of units and prices are subject to change without prior notice. *Payment of Creditable Withholding Tax (CWT) is for the Buyer's account. *Bids should be submitted together with the Php 20,000 Show Money (Manager's Check) no later than January 28, 2020.  *All winning bidders will be subject to credit checking. *Misprints should not be construed as misrepresentation of the property.
₱ 10,000,000
172 m²
Floor area
53 m²
Land Size
View Info
Contact Agent

The City Townhouse
MEMBER SINCE 2015
6

Townhouse for sale in San Juan near N.Domingo 2 car garage

The Heart of Metro Manila 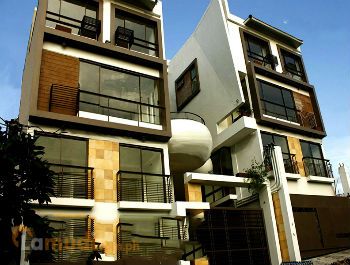 Located right in the middle of the National Capital Region, the city of San Juan is known as the heart of the Metro due to both its central location and its geographical size. It has a total land area of only 5.94 square kilometers, which is less than a percent of the entirety of capital. It is surrounded by Quezon City, Manila, Mandaluyong, Pasig. The city also coincidentally takes on something of a heart shape when seen on a map.

While many would call the city’s size disadvantageous, it has made it easier for the local government to manage. The smaller area has also made it easier for new residents to traverse. While one might think that the city’s central location is its only appeal, San Juan is like any other highly urbanized city. There are a number of commercial centers, schools, and healthcare facilities around.

The city is most recognized for being the location of the Greenhills Shopping Center, arguably the most popular bargain mall in the country. It has over 2,000 stores and during Christmastime, a section of the outdoor parking lot is transformed into a giant tiangge. The city is also the location of numerous churches, most notably Saint John Baptist Parish, named after city’s patron saint who also happens to be enshrined in the Church. Santuario del Santo Cristo is the oldest Church in the city. 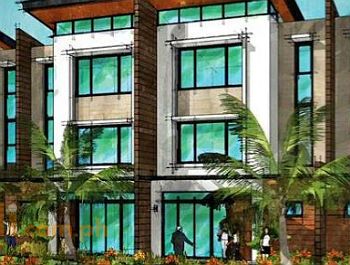 In spite of its size, the city has a diverse real estate market from housesin the Greenhills Subdivisions to office spaces along Wilson Street to condominiums along Annapolis. When it comes to a townhouse for sale, San Juan also has many. It is actually one of the most ideal ways to live in the city, especially for those whose finances do not allow to them to acquire a traditional house and lot, since the city’s central location has made them pricier as compared to other places.

A townhouse in San Juan for sale has plenty to offer. They have the same benefits as living in a regular house, such as space and privacy, but are more affordable. Although there may not be enough space for a huge garden or a swimming pool, this makes its maintenance and upkeep easier. Some townhouses even offer the same security and conveniences as condos, but with a lower density of people sharing the same wall.

The more known residential locations for a townhouse for sale in San Juan City are in Barangay Addition Hills, Barangay Greenhills, Little Baguio, and West Crame. Duplexes, triplexes, or rowhouses in these areas can stand alone, or can be located within a village or gated community. Most are located close to the city’s key spots. People residing in Greenhills for example would be walking distance from the Cardinal Santos Medical Center, as well as the exclusive Xavier School for boys.