House and lot For Rent in San Juan, Metro Manila

HOUSE AND LOT FOR RENT IN WEST CRAME, SAN JUAN

Greenhills, San Juan
Experience an exceptional residential lifestyle at the heart of San Juan. Greenhills East is an exclusive residential village in San Juan, one of the top cities in Mandaluyong. It provides its residents with a lifestyle of privilege that many people can only dream of. Greenhills is a prime location in Mandaluyong, within a convenient distance from establishments like schools, churches, malls, offices and restaurants, making a Â purchase perfect for those starting a family, a student or a professional looking for a place near their work and school. PROPERTY ATTRIBUTES: • Lot Area: 1,029 sqm. • Floor Area: 790 sqm. • 4 Bedrooms with T&B • Newly renovated • Den with T&B • Office space • Swimming Pool • Lanai • Garden TERMS AND CONDITIONS: • Lease Price: PhP 180,000 per month • 12 months (1 year) minimum lease • 12 months (1 year) advanced rental payment • 2 months security deposit
₱ 180,000
4
Bedrooms
790 m²
Floor area
1029 m²
Land Size
View Info
Contact Agent

A Quiet Enclave in the Middle of Metro Manila 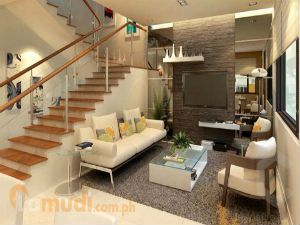 Long known as the home city of former president and now Manila mayor Joseph “Erap” Estrada and the location of bargain haven Greenhills Shopping Center, San Juan City, named after Saint John the Baptist, is often relegated to secondary status among Metro Manila’s local government units due to being dwarfed by its larger neighbors.

However, what the city lacks in size, it more than makes up for in heritage, cultural attractions, and a lot of fine-dining establishments—not to mention that the city is home to Greenhills Village, one of Metro Manila’s most exclusive and expensive addresses.

Among the city’s most popular cultural attractions include the Pinaglabanan Shrine, which is the site of the 1897 battle of the Philippine Revolution against Spain, Saint John de Baptist Parish Church, Sanctuario del Santo Cristo, and Mary the Queen Parish in West Greenhills, which is a popular wedding venue in Metro Manila.

San Juan’s predominantly residential barangays of Maytunas, Santa Lucia, and Little Baguio are also home to some of Metro Manila’s famous fine-dining restaurants and artisanal eateries, including Chef Laudico Guevarra’s along P. Guevarra Street, Agico Vegetarian Café along Araullo Street, CO-OP Manila in Mabini Street, and 7 Flavor Buffet, among many others. These restaurants are popular not only among the residents of the city’s affluent villages and neighborhoods but also among people from other parts of the capital. 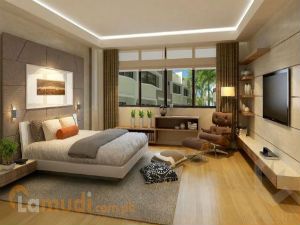 One of the best decisions a prospective Metro Manila resident will make is to opt for a house for rent in San Juan, Metro Manila. The city’s gated enclaves and subdivisions, such as West and North Greenhills, have many large houses and lots that boast of top-notch amenities, including swimming pools, a gourmet kitchen, and lots of green spaces. These properties, usually boasting of floor areas not smaller than 500 square meters, normally have a minimum of four bedrooms.

One of the properties you can lease in Greenhills is a 500-square meter house with a swimming pool. This up and down property has four bedrooms, four bathrooms, two covered parking lots, clean and dirty kitchens, and a maid’s and driver’s room equipped with personal bathrooms. You can lease this modern, spacious home for PhP 150,000.

For more affordable and modest houses and lots for rent in San Juan, Metro Manila, San Juan’s barangays, Addition Hills, Maytunas, and Isabelita boast of newly built townhouse and row house developments that offer high-quality houses for rent. A townhouse along Regidor Street, Tibagan in San Juan, for instance, offers units as large as 360 square meters with three bedrooms, a garage enough for four cars, and a den. You can lease this property for PhP 80,000 a month. A townhouse for rent in Little Baguio boasts of a floor area of 75 square meters, three bedrooms, and a two-car garage. This property is for rent for only PhP 50,000 a month.

Houses and lots for rent in San Juan City, Metro Manila are varied and the city offers options for different budgets. Living in the city is also a breeze, as it is well connected to Quezon City, Manila, and Mandaluyong, making the commute to business districts quick and easy.

Are there houses and lots for rent in San Juan, Metro Manila below 20K?

Yes. For only PhP 15,000 monthly, you can lease a two-bedroom, three-storey house in West Crame, San Juan.

Are there houses and lots for rent in San Juan Metro Manila above 200K?

Yes. One of the most expensive mansions you can lease in San Juan is located inside Greenhills East Village. This 500-square meter house sits on a 600-square meter lot. It has five bedrooms, five bathrooms, a balcony, and a garage for three cars. You can stay at this luxurious home for PhP 485,000 a month exclusive of monthly dues.

Are there houses and lots for sale in San Juan, Metro Manila?