For Sale 2,000 Sqm. Com. Lot In Novaliches, Ideal For Warehouse Or Factory Site

For Sale: 900 sqm Lot inside at Casa Milan in Novaliches, Quezon City

Novaliches, Quezon City
Price Drop! Neopolitan Business Park | 1,509 sqm Prime Commercial Lot for Sale in Quezon City behind SM Fairview Code : DE882693 Category :For Sale Project : Neopolitan Business Park City : Brgy. Pasong Putik, Quezon City Unit : Commercial Lot Size : 1,509 sqm Selling Price : From Php 188,625,000.00 Down to Php 173,535,000.00 GROSS Details of the Property: • Prime Commercial lot • Behind SM Fairview and nearby other commercial establishments • Few steps away from soon-to-open MRT Station • Vacant lot Neopolitan Business Park is a strategic location and prime commercial lots. Neopolitan is also designed to include residential, commercial and business condominiums. Neopolitan is now rising to become the New Business District of the North. Quezon City: The Country’s Soon-to-be Most Connected City Being the biggest, most populous, and highly urbanized city in the metro, Quezon City has always been one of the cities that presents great opportunities for investment. Quezon City is currently tagged as the fastest growing district, and the Information and Communications Technology (ICT) Capital of the Philippines for having the highest concentration of Information Technology (IT) Parks and Economic Zones. This municipality also has the biggest contribution in the growth of Business Process Outsourcing (BPO) Call Center Industries. With the major public infrastructure projects underway such as the Metro Manila Skyway Stage 3 (MMSS-3), Metro Manila Subway (MMS), and Metro Rail Transit Line 7 (MRT-7), Quezon City will soon become the country’s “most connected city”. Aside from transport and connectivity, Quezon City is also becoming a prime location for real estate investment because of the presence of many premium schools and universities, top hospitals, entertainment hubs, and commercial establishments that?are good sources for rental income. The continuous progress of Quezon City, the infrastructure improvements, as well as property developments in the city – have made investing in Quezon City incredibly attractive for both property hunters and investors. If you’re interested in BUYING this property or wish to SELL a property, don't hesitate to contact us: Bien Singson Licensed Real Estate Broker PRC#0005179
₱ 173,535,000
1509 m²
Land Size
View Info
Contact Agent

Why You Should Not Underestimate Novaliches

Novaliches is one of those Quezon City areas normally described as suburban, too far-flung, and—for the lack of a better word—boring. Commute alone to Novaliches from either Makati, Bonifacio Global City, or Ortigas Center is often described as unbearable, due mainly to the traffic congestion along EDSA, and while being a largely residential and industrial area, employment opportunities are scarce, which is why many of its residents still work in the other business districts of Metro Manila.

However, Novaliches, like the rest of Quezon City, is rapidly changing and developing. What was once a sleepy district is now home to large shopping malls, schools, gated communities and subdivisions, and other leisure areas. Over the next 5 or so years, the area will also benefit from the construction of MRT Line 7, which will run from Quezon City Circle to San Jose Del Monte, Bulacan, and will bring with it businesses, thus spurring economic activity.

Reasons to Buy a Lot for Sale: Novaliches Has Four

For home-seekers and property investors who are considering buying a piece of investment property in the near future, a lot for sale in Novaliches, either for residential or commercial use, is highly recommended. Here are five reasons that may compel buyers to do so.

Lamudi search data shows that Novaliches, along with neighboring Fairview, is one of Quezon City’s most searched for neighborhoods. This is not very surprising, given that the area has been for years, a popular bedroom community of hundreds of thousands of people who work in Metro Manila’s business districts. Both large and small-scale real estate developers have their own real estate projects in the area, one of which is Fern Village and Ferndale Homes by Alveo Land.

Similar with the rest of Quezon City, the business scene of Novaliches is rapidly improving. Being at the crossroads of northern Metro Manila and the southern Bulacan province, Novaliches has a huge catchment area, which is why it is home to several shopping malls and leisure centers, including SM City Novaliches, Nova Mall, and SM City Fairview (in an area shared by Novaliches and Fairview), among many others. 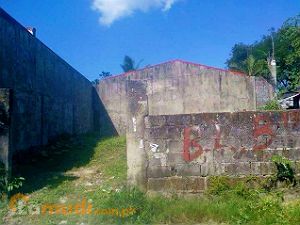 The aforementioned MRT Line 7 will definitely give a boost to the area once it is completed. Commute time from downtown Quezon City (Circle, Cubao, and the TriNoma areas) will be halved, and more people will consider investing in a Novaliches lot for sale, which will spur the area’s real estate activities.

As mentioned, Quezon City’s real estate landscape is fast evolving with several mixed-use projects currently in the pipeline. These projects include Vertis North and Cloverleaf of Ayala Land, Eton Centris of Eton Properties, and UP–Ayala Technohub. These places will offer the city’s residents, especially those who live in Novaliches and Fairview, plenty of employment opportunities in future.

These are just four of the reasons why it makes sense to invest in Novaliches. Home-seekers and property investors alike would find that buying property, especially a residential or commercial lot for sale in Novaliches is an investment worth every cent spent.