House and lot For Rent in Novaliches, Metro Manila

Novaliches, Quezon City
Property located near SM Fairview Good Neighborhood Pet Friendly Single-Attached Townhouse  120sqm  1 year contract 1 month advance 2 months deposit 12 post-dated check Monthly unit maintenance Experience an exceptional Subdivision lifestyle at the heart of Novaliches Sacred Heart Village is a Subdivision in Quezon, one of the top cities in Metro Manila. Sacred Heart Village provides its residents with a lifestyle of privilege that many people can only dream of. Sacred Heart Village is yet again breaking the boundaries of residential living by bringing comfort and affordability, ensuring residents live the life they deserve as they create more amazing memories with their families. These makes getting a unit at Sacred Heart Village worth every cent. Properties within Quezon area are quite strategically-located that's why owning a Subdivision is a worthwhile investment one can make.    Choosing the right location is one of the first and main factors in deciding when buying or renting a property. Sacred Heart Village is in a prime location in Novaliches, Metro Manila, within a convenient distance from establishments like schools, churches, malls, offices and restaurants, making a Sacred Heart Village purchase perfect for those starting a family, a student or a professional looking for a place near their work and school.
₱ 20,000
3
Bedrooms
120 m²
Floor area
100 m²
Land Size
View Info
Contact Agent

Patricia May Baliguat
MEMBER SINCE 2021
8

Patricia May Baliguat
MEMBER SINCE 2021
13

3 Bedrooms house for rent in Quezon City at Geneva Garden

Patricia May Baliguat
MEMBER SINCE 2021
14

Patricia May Baliguat
MEMBER SINCE 2021

PN54511 House For Rent Commonwealth near Ever Gotesco Quezon City!

Quezon City’s northernmost district—and perhaps its largest as well—Novaliches (which means “New Liches”) is also one of the city’s best-known areas. Colloquially known as “Nova,” it is primarily a residential area that is home to hundreds or even thousands of subdivisions, villages, and gated communities. There are hundreds of thousands of residents in the area, many of whom have chosen Novaliches due to its relative affordability and accessibility to Quezon City’s major business areas. This makes the district almost like a small city in its own right.

Novaliches is one of the most searched for locations when it comes to real estate in the Philippines. This once sleepy residential location, like the rest of Quezon City, is rapidly changing and developing, and is now home to large shopping malls (such as SM City Fairview and SM City Novaliches, Robinsons Novaliches, and Fairview Terraces), well-known colleges and universities (including the Far Eastern University’s Nicanor Reyes Medical Foundation), and other leisure areas.

The future is looking good for Novaliches, and it will benefit even more with the construction of the MRT Line 7, which will run from Quezon City Circle to San Jose Del Monte, Bulacan. More businesses will come in and spur economic activities. Thus, for property-hunters and other home-seekers, a house for rent in Novaliches makes perfect sense.

House for Rent: Novaliches Have Many Types Available

As one of the most searched for residential districts in Metro Manila, Novaliches quite expectedly has a huge number of houses not just for sale but also for rent. These houses range from stand-alone houses, single-detached properties, or bungalows to duplexes, townhouses, row-houses, or traditional apartments. 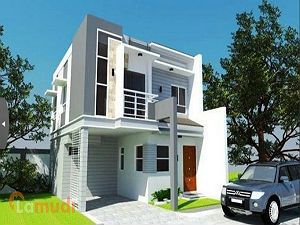 Just like other locations in Metro Manila, Novaliches boasts of neighborhoods teeming with high-quality townhouses and row-houses (or traditional apartments). These townhouses for sale normally start at around PHP 3.4 million, and those for rent have a monthly rate of PHP 15,000 - much lower and affordable than similar properties found elsewhere.

There are also a considerable number of duplexes or single-attached houses available in Novaliches, most of which are found inside subdivision projects and gated communities. A duplex house for rent in Novaliches make financial sense, especially for newlywed couples and starting families, as they are more affordable and are well-located.

Perhaps some of the most highly sought after properties when it comes to a Novaliches house for rent, bungalows, single detached homes, and other similar property types are perfect for those looking for a great place to start a family. The district’s distance from Quezon City’s highly dense areas makes it a good place for small and school-going kids, while the district’s size means that properties here boast of ample living spaces.

Find Other Properties in Novaliches