Novaliches, Quezon City
Stunning Tropical-Modern Designed Townhouse for Sale in Quezon City  Location: Greenfields 1 Subdivision, Novaliches, Quezon City ⠀  Details: Floor Area: 154.4 SQM Lot Area: 110 SQM 2-Storey 3 Bedrooms 2 Toilet and Baths 2-Car Garage with automatic gate opener Quality Finish Tropical-Modern design Balcony Spacious Dining, Kitchen and Living Area Price: P 8,175,835.12 End Unit Last unit to sell Enjoy family time in a tropical-modern themed residence, complete with 2-car garage with automatic gate opener. With attractions of city life only just minutes away, experience desirable townhouse living at a family-friendly price within your reach. #GreenfieldsTownhouse #SmartTownhomes Conveniently located inside Greenfields 1 Subdivision in Quezon City, Greenfields Manor is only 3 kilometers away from the MRT Line 7 Mindanao Avenue Station (also known as Fairview Station) as well as major malls such as SM Fairview, Robinsons Place Novaliches and Ayala Fairview Terraces. Access to Commonwealth Avenue is only 2 kilometers away. Greenfields 1 Subdivision is a residential subdivision in Quezon City, one of the top cities in Metro Manila. Greenfields 1 Subdivision provides its residents with a residential living lifestyle that many people can only dream of by bringing comfort and affordability, ensuring residents to live the life they deserve as they create more amazing memories with their families.  These make getting a townhouse unit at Greenfields 1 Subdivision worth every cent. Properties within Kaligayahan area are quite strategically located that's why owning a Townhouse property is a worthwhile investment one can make.  Choosing the right location is one of the first and main factors in deciding when buying or renting a property. Greenfields 1 Subdivision is in a prime location in Kaligayahan, Quezon City, within a convenient distance from establishments like schools, churches, malls, offices and restaurants, making a Townhouse property perfect for couples starting a family, students or professionals looking for a comfortable place accessible to their school and work. Turnover Date: 2019
₱ 8,175,835
3
Bedrooms
154 m²
Floor area
110 m²
Land Size
View More Info
Contact Agent

Townhouse Very near Araneta Center Cubao with 5 bedrooms for sale

5-Bedroom Townhouse for Sale in New Manila, QC near S&R Pricemart and Jollibee

The Most Comprehensive Lifestyle Location 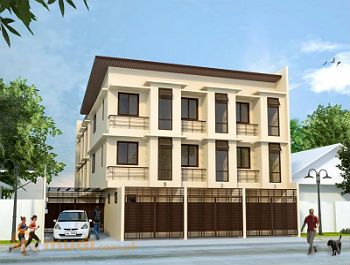 In spite of being the most populated city in the Philippines, Quezon City continues to be one of the most desired residential destinations in Metro Manila. It is the largest in terms of land area among the cities in the region at 166.2 square kilometers. More than its landscape however, it is also arguably the most comprehensive lifestyle location in the capital.

The city was initially founded and developed to serve as the nation’s capital, which it did from 1948 to 1976. While Manila has since been back to being the capital, the city’s past as the main seat of government is evident in its many public offices that are still headquartered here. The Social Security Office, Department of Interior and Local Government, Land and Transportation Office, and the Office of the Ombudsman are just some examples.

Aside from being an important location to the country’s legislative system, Quezon City is also the location of a number of business districts, which serve as home to some of the country’s most notable commercial centers, schools, and healthcare facilities. Such places which many identify the city with include the Ateneo de Manila University, the University of the Philippines, Araneta Center, Eastwood City, and the U.P.-Ayala Technohub. The city is also home to the country’s top tertiary hospitals, such as the Philippine Heart Center, the National Kidney and Transplant Institute, and the Lung Center of the Philippines.

Townhouse for Sale: Quezon City Has the Most to Offer

The city has a large number of registered residents, and this number is steadily increasing. Its large landscape however, allows for everyone to be accommodated. It has also allowed for a diverse real estate market. Townhouses for sale in Quezon City are just one of the many options, and are the most recommended property type for new residents of the city. 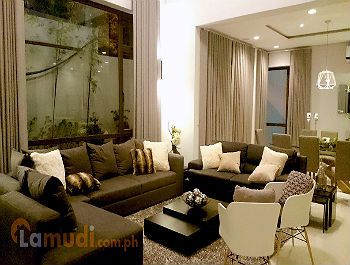 Townhouses are significantly more affordable than traditional house and lots, but still allow residents to enjoy the same sense of privacy and comfort of having your own home. While priced closely to modern condominiums, they offer more room, and are more suitable for families. Similar to condos however, they are located closer to business districts than traditional houses.

A townhouse is always readily available in the city. Notable areas where one should look for a Quezon City townhouse for sale are in the following: