For Rent! Fully furnished Studio Unit with Appliances near GMA-Kamuning

2 Bedroom Apartment for Rent in Cubao near Malls, Schools & Hospitals

Bedspace/Room for rent near UP Diliman and Technohub

1.4km
Aurora, Quezon City
Php 3000 per bedspace per month.Important: Contact via text or Viber message ONLY. DO NOT LEAVE A MESSAGE IN LAMUDI. We only reply to text messages and not messages here. 3 out of 6 bed spaces still available as of January 8, 2020.Price is...
₱ 3,000
1
Bedrooms
1
Baths
27 m²
Floor area
View More Info Contact Agent
3

Apartment with 1 Bedroom For Rent

Condominium For rent in Amaia cubao 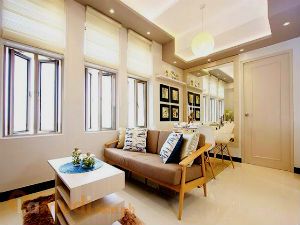 What makes an apartment for rent in Cubao ideal?

Before the shine of business districts like Makati and Taguig, Cubao held the limelight as Metro Manila’s  epicenter of business and commerce from 1966 to 1975. Although its time in power was short-lived, the district was then a place of grandeur and amazing entertainment spectacles for Filipinos.

One unforgettable example is the construction of Araneta Coliseum in late 1950s. This famous and iconic venue for sports and entertainment brought us the historic Muhammad Ali and Joe Frazier fight called “Thrilla in Manila,” which was held in 1975.

Located in Quezon City, Metro Manila’s largest city both in terms of population and area, Cubao is now considered a bustling hub that is well connected to many parts of the metropolis. The district offers a myriad of transportation options for its occupants. Both the MRT-3 and LRT-2 trains are the fastest means to enter the area. Buses and jeepneys also ply its major roads day and night, such as EDSA, Tuazon Avenue, and Aurora Boulevard.

The area is home to many commercial and entertainment establishments, including the Gateway Mall, Ali Mall, and Farmers Plaza. If you are planning to go for a vacation or a trip back to your home province, this is quite easy if you are living here, as the district is home to the terminals of provincial buses that go as far north as Ilocos Norte and as far south as Davao City.

Apartment for Rent: Cubao Is Revitalizing Its Former Glory 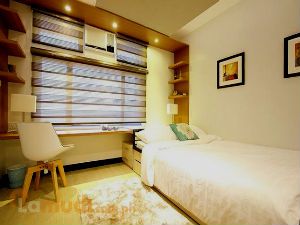 By giving a fresh look and meaning to Filipinos, the district is once again receiving the attention it once enjoyed. It is now being transformed as a convenient and comfortable residential haven. Major property developers are putting up condominiums and apartments for rent in Cubao to maximize the location advantages of the district.

With a price range between PHP 15,000 to PHP 50,000, an apartment for rent in Cubao, Quezon City can turn into a modern sanctuary. This is a perfect opportunity for young professionals, starting families, or even students who will soon study in some of the most prestigious schools in Quezon City and in the entire country.

Why should you opt for a Cubao apartment for rent? The strategic location of the district virtually makes it a complete community. Business in the area has always been thriving since its glory days many years before. Furthermore, residents can easily enjoy the vast opportunities and activities offered by such a large city. Quezon City is the hub for information technology and the entertainment industry. In addition, many of the streets that surround Cubao are now gentrifying and being transformed into commercial and foodie havens, including Maginhawa Street in Teachers’ Village, Timog in South Triangle, and Katipunan Avenue.