Townhouse for Sale in Congressional near Munoz Quezon City

Peaceful House and Lot in Novaliches near Zabarte Road PH783 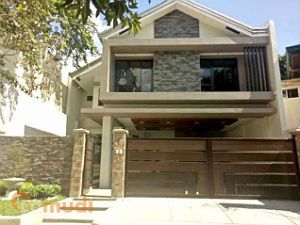 Living in a House and Lot for Sale in Congressional Ave

House and lots for sale in Congressional Avenue, Quezon City can be easily found. For one, a two-storey townhouse with four bedrooms, four bathrooms, and a one-car garage in a gated subdivision in Congressional Avenue can be bought for just PHP 8.5 million. This particular property is situated in a guaranteed flood-free area that is just a five-minute drive to Muñoz, EDSA and a ten-minute drive to TriNoma and SM North EDSA.

Another brand-new townhouse ready for occupancy in Congressional Avenue, Quezon City is being sold for a mere PHP 13 million. The house has five bedrooms, five bathrooms, and two car spaces. The payment agreement is 30% for the down-payment and 70% for the remaining balance, payable within 5 to 15 years or as agreed between the parties. The house has a balcony, a built-in wardrobe, a maid’s room, air-conditioning, and even a powder room. Other features of the property include being near a convenience store and a laundry station.

If you are looking for a modern and eclectic home, a brand-new townhouse equipped with subdivision security is suitable for you. This property has six bedrooms, two maid’s rooms, four bathrooms, two family halls, and two car spaces. It is near Cherry Foodarama, Circle C, San Lorenzo School, S&R Shopping Center, SM North EDSA, and TriNoma. The townhouse is also near access points, such as MRT-3, LRT-1, EDSA, and Cubao.

A pre-owned house and lot is also for sale in Congressional Ave. is also available for PHP 15 million. The house has three bedrooms, two car spaces, and four bathrooms. The payment agreement is 30% down-payment and 70% balance payable within 5 to 20 years through bank financing. Just like the other houses mentioned, this house and lot is near access points and shopping malls like Cherry Foodarama, SM North EDSA, and TriNoma.

Last but not least, a three-storey townhouse in Bago Bantay, Congressional Avenue is also ready for occupancy. It costs PHP 7.5 million and has four bedrooms, five bathrooms, two terraces, and a one-car garage. Terms of payment can be through cash or through a bank loan.