Philippines, Quezon City, Eastwood Ave Bagumbayan, Quezon City
A nifty little pad in Eastwood City -- literally across the street from Eastwood Mall and its commercial community.Location is great, pretty much everything is but a short walk away. Building is in good shape and definitely comfortable to live in.Unit is well-maintained, close to flawless, and comes with all the basics -- aircon, fridge, water heater, and 2 LED TVs. My favorite part is the bathroom: tastefully elegant tiles and sparkly clean porcelain.Other random things I like about this space:corner unit (quiet)lots of natural lightview of the sunsetreceptionist Marlyn is very nicesecurity guards are jolly and pleasantadmin (Tene) is easy to talk toIf you choose this unit, please know that we need to choose you too.Here are some restrictions:No boarding-house style set upMax 2 occupantsWhat is included in the rent:Full use of the unit and all furnishingsUse of gym and common areasWhat is not included in the rent:Monthly Condominium Association dues (P3,217)ElectricityWaterInternetParkingShoot me a message if you have any questions :)
₱ 20,000
1
Bedroom
1
Bath
36 m²
Floor area
View More Info
Contact Agent

Bagong Pag-Asa, Quezon City
A spacious 42sqm 1 bedroom condo unit, furnished and interior designed. Has 2 toilet and bathroom. Unit is facing QCMC and is on the 23rd floor. Unit is a few steps away from Vertis North, TriNoma, Centris and SM North. Unit is new and haven't been rented yet. All appliances and furnitures are brand new.
₱ 25,000
1
Bedroom
2
Baths
42 m²
Floor area
View More Info
Contact Agent

2BR with Parking for Lease/Rent near Eastwood Brand New 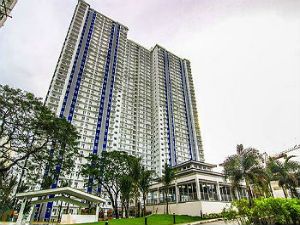 Once regarded as the capital city of the Philippines, Quezon City is an integral part of Metro Manila, housing several government offices, top schools and universities, and quality healthcare centers. As a city that is known for being a largely residential area, it is currently one of the most desired real estate locations in the Metro. Not only are there suburban houses and townhouses for sale here, but also condos for rent in Quezon City that offer a balance between a relaxing life at home, and proximity to the city’s business areas. With property analysts predicting that the city’s population will surpass 3.5 million by 2020, there is no doubt that developers will continue to create residential developments as a response to the growing demand.

Many Popular and Desirable Places of Interest

As the largest city in Metro Manila, Quezon City continues to enjoy growth and development in the corporate, residential, academic, health, and recreational scene, thanks to the developers who continue to tap the city’s unlimited potential.

As the former capital of the country, the city is home to Batasang Pambansa, which houses the House of Representatives, the Office of the Ombudsman, the Sandiganbayan, a special appellate collegial court, and the Commission on Audit. Headquarters of many of the government’s offices, such as those of the Social Security System (SSS), the National Statistics Office (NSO), and the Land Transportation and Franchising Regulatory Board (LTFRB), are also found here.

QC, as it is colloquially called, is known for having some of the country’s top specialty hospitals, including the Philippine Heart Center, the National Kidney and Transplant Institute, the Lung Center of the Philippines in Diliman, and the Philippine Orthopedic Center in Sta. Mesa Heights. It also boasts of a roster of top academic institutions that includes the University of the Philippines (UP) Diliman and the Ateneo De Manila University (ADMU).

Cubao, its long-existing commercial center, is home to the famous Smart Araneta Coliseum, a popular venue for important basketball games, boxing matches, and local and international concerts. The area also has many notable commercial and retail establishments, such as Gateway Mall, Farmer’s Plaza, and Rustans’. Also found within is SM Cubao, the SM Group’s largest stand-alone department store.

On the other side of the city is the UP-Ayala TechnoHub, a land development jointly by the University of the Philippines Diliman and the Ayala Land Corporation. The IT Park serves as the location of several local and international companies, including HSBC, IBM, and Manulife Philippines.

Quezon City is also a city that takes pride in offering many attractions that promote outdoor health and wellness. The La Mesa Ecopark, the Quezon City Memorial Circle, and the Ninoy Aquino Parks and Wildlife are only a few of the open spaces available for families who enjoy doing physical fitness activities.

Condo for Rent: Quezon City Has Many

A condo for rent in Quezon City is one of the best ways to get the most out of living in the Metro. Units provide easy access to key areas, and renting as opposed to buying allows for financial flexibility, especially if one would rather have a house in the future. Monthly rental rates range from PHP 15,000 for a studio unit to PHP 40,000 for a three-bedroom flat. Renters who are ready to become buyers also have an option to opt for rent-to-own properties, which are just as popular in QC.

For those who prefer a condo unit for rent in Quezon City that is only walking distance from office towers and shopping malls, then the many residential buildings in Eastwood City offer a great choice. It is a combined commercial and residential district that provides its occupants everything in just one place, whether it is work, groceries, 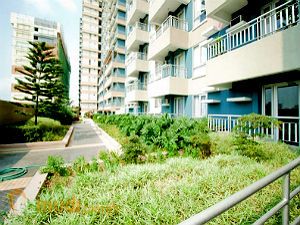 or leisure. While one of the more popular areas in the city, Eastwood City is hardly the only place to find quality residences.

Notable estates currently available for students looking to live near their chosen college or university can be found along Katipunan. These flats offer potential tenants proximity to the city’s top schools, such as ADMU, Miriam College, and UP Diliman.

As one of the busiest business districts of the city, Cubao is yet another neighborhood with plenty of condo options. This area is an ideal choice particularly for those who work in one of the bustling business process outsourcing (BPO) offices.

From multiple bedrooms to a studio type for rent in Quezon City, condos in the huge city may also be in stand-alone self-contained estates. These projects are like communities in their own right, many of which boast exclusive amenities residents can enjoy. Among these projects include DMCI’s Accolade Place and The Manors at Celebrity Place, Robinsons Magnolia in Aurora Boulevard, and 53 Benitez by the Rockwell subsidiary, Rockwell Primaries.