Bi-level 2 Bedrooms Condo in Q.C For Sale Ready To Move-In near EDSA

Fairview, Quezon City
Nestled at the center of three malls – SM, Robinsons and Ayala Terraces – Milan Residenze Fairview provides an ideal home for young professionals and starting families with active and sophisticated city lifestyle. This 34-storey mixed-use development is comprised of residential and commercial units, evoking a tranquil ambience within the confines of the city. Shop, dine, or watch a movie anytime without enduring heavy traffic going to the mall and going back home. Have a quick nature escape at La Mesa Eco Park, just 4.3 km away from Milan Residenze Fairview or witness the majestic beauty of Sierra Madre right from your own home. With the nearly completed MRT-7 Mindanao Avenue Station, transport convenience is right at your fingertips – in addition to the buses and UV express passing by the project site. Surrounded by lifestyle malls, BPO centers, nature parks and transport selections, Milan Residenze Fairview provides not just a perfect home but also, a great investment find. LTS No. 26354 Turnover Date: Q4 2021 Year Built: 2016
₱ 2,400,000
1
Bedroom
1
Bath
21 m²
Floor area
View More Info
Contact Agent

Paligsahan, Quezon City
Experience a new phase in modern living that is remarkably convenient and exceptionally divine… Suntrust Amadea, meaning "to love God" is strategically located in the country’s former capital, letting you enjoy matchless accessibility to the Metro’s business districts, leisure hubs, and prestigious schools and institutions where the hottest actions happen. While at home, be far removed from the bustling city in your cozy condo unit while discovering fresh ways to unwind in the community’s resort-like amenities and sky gardens. Secure your future here at the center of progress.
₱ 2,916,000
1
Bedroom
1
Bath
24 m²
Floor area
View More Info
Contact Agent

2-Bedroom Unit (82 sqm) for Sale in The Arton by Rockwell, Quezon City

3-Bedroom Unit for Sale in The Arton by Rockwell, Quezon City, 103 sqm

Aspire by Filinvest
MEMBER SINCE 2020
Featured
12

Along Zabarte Rd Kaligayahan, Quezon City
Hacienda Balai Quezon City A Safe Community for New Beginnings Hacienda Balai is a comfortable, private condominium development inspired by the relaxing hues of a tropical vacation home. Located in North Quezon City and providing easy access to major roads and commercial centers, Hacienda Balai will let you experience a new and convenient way of urban living, where you can sit back, relax and enjoy a well-earned rest without leaving the city. Hacienda Balai is designed to be your personal tropical retreat, with exclusive amenities and features that will give you a worry-free stay in your comfortable city residence. Relax in the vast open spaces of a sprawling community, where pocket gardens, specially-designed walkways and jogging paths, and children's playgrounds will give you a soothing, serene environment. Enjoy the various amenities such as the adult and children's swimming pools, spacious function halls, and the Resident's Lounge, perfectly suited for a rewarding home vacation. Hacienda Balai offers everyone a safe environment conducive for new experiences. Project Features The medium rise buildings that will be featured in Hacienda Balai are all aesthetically pleasant to future residents. A tropical feel invades the features and designs of the buildings of the project, complemented by pocket gardens, wide open spaces and the abundance of natural lighting in every area of the residence. Feel refreshed when you arrive home at Hacienda Balai! Main Gate with guardhouse 24-hour roving security On-Grade Parking slotsCentral amenities 8m-wide main road Pocket gardens Children's playground Walkways and jogging path Material Recovery Facility Sewage Treatment Plant Building Features:5-storey residential buildings Building 1-6, 9-10 (without elevator) Building 7-8, 11-15 (with elevator) Exclusive atrium per building Emergency lights for common areas Fire alarms and sprinkler system Fire-hose cabinets on every floor Ramp for people with disabilities Fire exits on every floor Provision for CCTV Amenities Clubhouse (Club Balai) Main function hall Function rooms Mezzanine and admin offices Commercial areas for lease Covered Basketball Court Adult's swimming pool Children's swimming pool Children's playground
₱ 2,879,500
1
Bedroom
30 m²
Floor area
View More Info
Contact Agent

Cubao, Quezon City
Come home at the heartland of the premiere commercial district in Cubao. Situated at the corners of Aurora Boulevard and EDSA, very strategic between MRT and LRT2, Vivaldi Residences Cubao offers a perfect abode to any transit-oriented city dweller. At the end of a busy day, one can find a peaceful retreat within the efficiently laid-out units of Vivaldi Residences Cubao. Take a dip into the Sky PoolTM and revel in the unobstructed skyline views of Quezon City, Mt. Makiling, Antipolo Hills, and even of Manila Bay on a clear day. Vivaldi Residences Cubao, a 40-storey mixed-use development of residential, commercial and condotel units, provides an enviable investment for its homeowners and partners as it offers units now available for sale, rent-to-own and or lease. LTS No. 26354 Turnover Date: Q4 2021 Year Built: 2016
₱ 2,553,696
1
Bedroom
1
Bath
20 m²
Floor area
View More Info
Contact Agent

A City with a Myriad of Opportunities 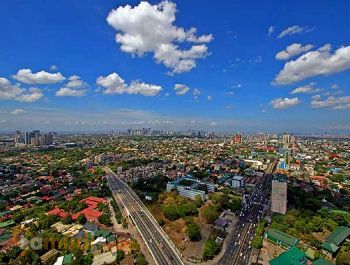 Quezon City is the largest city in Metro Manila, and the most populous in the entire Philippines. Offering a complete urban lifestyle, convenience is one of the many reasons why many choose to visit, work, and reside here. The city may seem a little daunting thanks to its land size of 166.2 square kilometers, but one need not go far because everything one needs will always be reasonably within reach.

QC as it is colloquially called, has been undergoing a sort of renaissance over the last decade. Many of its government-owned land have been privatized and turned into exciting mixed-use developments that boast of commercial, corporate, and residential segments. The most notable include Megaworld’s Eastwood City, a 17-hectare project that his home to many residential apartments, office towers, and high-end shopping malls. Upcoming is Ayala Land’s Vertis North, a 29-hectare estate that has been deemed to become the city’s very first central business district.

Makati is not the only city that offers many opportunities. Quezon City is one of the most dynamic areas in the country, and is number seven in the Top 10 Asian Cities of the Future. It ranks alongside Hong Kong, Singapore, and Taipei. With 58,133 registered businesses in 2010, the city has numerous commercial establishments that provide many with the means to make a living. Notable companies based here include Citibank Philippines, the Mercury Drug Corporation, and top television networks ABS-CBN and GMA 7.

When it comes to educational opportunities, QC is arguably the place most students seek to be in. It is home to many of the country’s most highly regarded educational 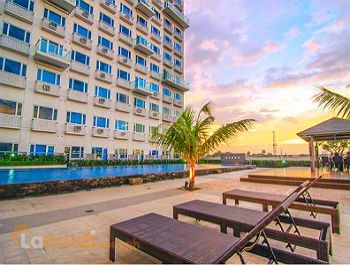 institutions. These include the  University of the Philippines Diliman, the Ateneo de Manila University, Our Lady of Fátima University, Miriam College, and Kalayaan College, just to name a few.

Condominium for Sale in Quezon City

With all that the city has to offer, investing in a condo unit for sale in Quezon City is a lucrative decision, personally and financially. Most developments in the city are located in or near key districts, neighboring shopping centers. This is because a typical mall has supermarkets, hardware centers, cinemas, and department stores providing residents easy access to anything and everything they need for daily living and leisure. Cubao and North Avenue are such areas.

Other key locations are near schools, such as Katipunan and Diliman. While most students rent a condo or a room in a dormitory for the duration of their stay, families and newly married couples buy units in preparation for the long-term education of their children. For enterprising individuals, buying a condo in these areas also mean continuous occupancy (continuous income) because of the high demand. With over 366,000 undergraduates in the tertiary level only, the city never runs out of students in need of a place to stay.