House and Lot for Sale in Batasan Quezon City near Commonwealth

2 bedroom Townhouse for sale in Batasan Hills for 4.5M 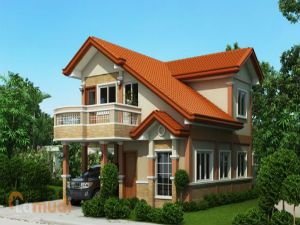 Batasan Hills has always been one of Quezon City’s most desired residential locations. In the city that was once the capital of the Philippines, it is in within proximity to the levers of national power, such as the House of Representatives and the lower chamber of Congress. One of the vital transportation arteries of Metro Manila, it is also in proximity to many of the country’s top medical, educational, shopping, business, and commercial centers.

Those with a desire to live in Quezon City can look to a number of house and lots for sale in Batasan Hills.

House and Lot for Sale in Batasan Hills Quezon City

First,  there is a two-storey  88 square meter townhouse in Ohana Homes 2 Subdivision with a lot area of 49 square meters. It features three bedrooms, three toilets and baths, living, kitchen, dining and service areas, and a one-car garage. This structure with a modern design is very accessible and is within walking distance to and from the Batasan⎼San Mateo Road. It is also near schools like the Far Eastern University, the University of the Philippines Diliman, the Ateneo De Manila, Fatima University, and Miriam College. Hospitals like Fairview General Hospital and the New Era Hospital, and places of worship like Good Shepherd Parish Church and  several Iglesia Ni Cristo chapels are also in the near. Commercial areas nearby include SM Fairview, Trinoma, and SM City North EDSA. The property is available for purchase at PHP 4.4 million. 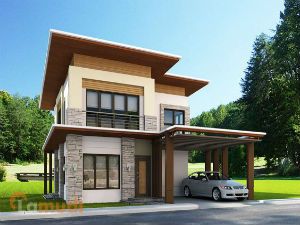 Next is a five-bedroom 300 square meter house in Filinvest 2. It features five toilet and baths, a separate maid’s bedroom with its own toilet and bath, and a two-car garage. In addition, it has a guest room, a den, a lanai complete with a landscaped garden, a gourmet kitchen and a service kitchen, laundry and drying areas, and a breakfast nook center island in the kitchen. The master’s bedroom has a walk-in closet. It is on the market for PHP 16.5 million.

Finally, another house and lot for sale in the same subdivision comes with a floor area of 230 square meters. The two-storey property sits on a 180 square meter lot and has four bedrooms plus a maid’s room, and four toilet and baths. Brand-new, it also has freshly installed air-conditioning and water features, as well as a two-car garage, a big living room, a dining area, a kitchen and a dirty kitchen, a laundry area and a garden. The master’s bedroom has its own balcony, a walk-in closet, and the master’s bathroom has a tub. It is only a short drive to places like Ever Commonwealth and Shopwise Commonwealth, the Philippine Heart Center, the Lung Center of the Philippines, and the National Kidney and Transplant Institute. The property can be purchased for PHP 10.5 million.

Invest in a Batasan Hills property and have a home in one of the most desired locations in Quezon City today.