No Deposit Bedspace in Cubao Girls only

Bed space or solo room for ladies only at barangay central, quezon city

Female Bed spacer for only P2,000 per month!

Lady Bedspacer Q.C. at the back of SM North

Lady Bedspace for Rent near Eastwood

Bedspace for Rent for 2 females in Sikatuna BLISS, Quezon City

Sikatuna Bliss, Quezon City, NCR, Philippines U.P., Quezon City
Looking for 2 female bedspacers for PhP 3,500.00 each. You can use all amenities in the apartment. The apartment has a living room w/ sofa and center table, dining table and chairs, refrigerator, and stove for cooking, etc. The room has a double deck (bunk bed) and has pre-installed cabinets. The apartment is well-maintained and regularly cleaned by a helper. The area is well-lit, gated, and safe. Restaurants, shops, and convenience stores abound in the area. It's very near Camp Karingal, Maginhawa St., Savemore, and V. Luna Ave. The area is in walking distance to Kalayaan Avenue, one tricycle ride to Philcoa, and one short jeepney ride to Cubao.  walking distance or very short tricycle ride to Kalayaan Ave., V. Luna Ave., Maginhawa St./Teachers' Village short tricycle ride to Philcoa/Commonwealth 5-10 mins jeepney ride to Alimall Very Accessible Location Shops Eateries Food Parks Gym Schools Market Grocery Store Hospital Police Station Church Easy And 24/7 Access To Transpo (Tricycles, Jeepneys, Cabs, Etc.)Furnished You May Use All Amenities In The House No Curfew  You May Wash Your Clothes You May Cook There's A Cleaning Lady Who Cleans The House Every Week3,500 Per MonthVery Safe And Near The Barangay Hall And Police StationJust Send Me A Message For Inquiries! :)
Contact agent for price
3
Bedrooms
1
Bath
60 m²
Floor area
View More Info
Contact Agent

Aircon Room with WIFI for rent to Lady Bedspacers in Novaliches

Bed Space for Rent in Pook Palaris inside UP Diliman 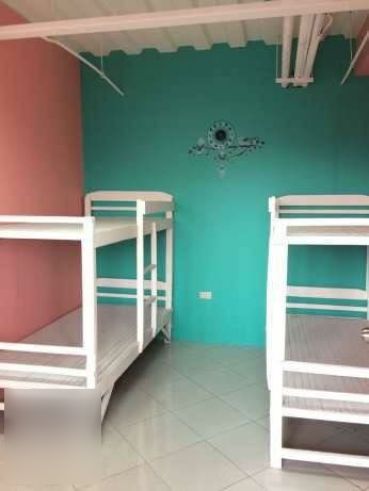 Bedspaces for Rent in Quezon City

As the most populous and largest city in comprise Metro Manila, Quezon City holds a thriving economy as evidenced by the number of companies and enterprises situated within the city. Aside from being a commercial location, it is also known for its educational institutions. As such, many people from in and out of Metro Manila converge in Quezon City to advance their education and professional career.

This is why it’s not surprising that Quezon City has been attracting renters availing of co-living and bed spaces to be near their places of employment and schools and escape the infamous Metro Manila traffic.

The city also offers a wide array of entertainment and gastronomic spots that make it an even more attractive location for co-living and bed spacing as it promotes the work-life balance many young professionals and students long for.

On top of these, Quezon City provides accessible transportation options to move around easily. It has various MRT and LRT stations, bus and P2P terminals, as well as UV and jeepney operators for shorter distances.

The average price of a co-living and bed space in Quezon City is Php7,000, with many of the properties situated in Tandang Sora, Loyola Heights, Cubao, and E. Rodriguez Ave. For those interested to find a co-living or bed space in the city, there are plenty of options available, many of which boast good amenities and proximity to the major lifestyle areas.