House and lot For Sale in Pasig, Metro Manila

Greenwoods Pasig House And Lot For Sale With Swimming Pool

Elegant House & Lot for Sale In Pasig Near Ortigas & BGC

Single Attached In Pasig At 4.8M

A Diverse City by the Water 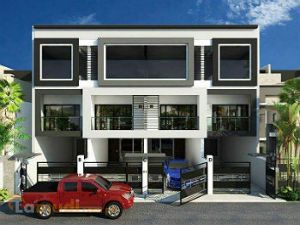 Pasig was a former rural settlement that is now one of the 17 cities and municipality that comprise Metro Manila. Prior to the formation of the National Capital Region, it served as the capital of Rizal Province. While primarily an industrial and residential center for the Metro, the city has since established itself as one of the country’s most significant commercial centers.

Part of the city is the eastern section of Ortigas Center, one of the most prominent business districts in the country. Other notable business landmarks include the long-standing Meralco Building and the twin Tektite Towers. The latter was built in 1993 for the Philippine Stock Exchange.

There is more to Pasig than business and industry as it is also the location of the Philippine Sports Arena and the Immaculate Conception Cathedral. The former, once known as the University of Life Theater and Recreational Area or ULTRA, continues to be the favored training facility for many local athletes. The latter is the first Marian Parish in the Philippines.

As the city continues to grow and evolve, it continues to remain as a place of residence. Plenty want and continue to call Pasig home. The city’s emergence as a commercial center has also allowed more people to make a living within the city and forgo commuting to cities nearby.

The city is an ideal place to live and work in long-term. It is an adequate place to raise a family because of its numerous schools and hospitals. It is also strategically located in eastern-central Manila, providing reasonably easy access to residents who need to travel to Mandaluyong, Quezon City, Marikina, Makati, and Taguig.

Future home buyers can expect to find more than condominiums and other mass housing to choose from. The area is not as dense as the other major cities of the capital. Existing houses for rent or for sale are readily available on the market, while others are set to emerge from the different developments being done in the city.

House for Sale in Pasig: Areas Worth Considering 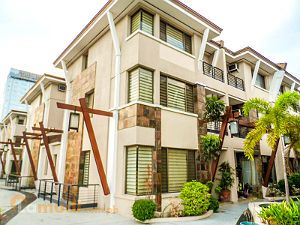 Suitable options for a house and lot for sale in Pasig are multitudinous - they vary in size, type, style, and location. Many are situated in the capital’s most livable neighborhoods. Developments like Camella Cerritos East feature homes which are in reasonable distance from places like the University of Asia & and the Pacific (UA&P) and The Medical City.

Other notable residential areas worth considering include Summerfield Residences, Greenwoods Executive Village, Valle Verde, and Karangalan Village. Prices start at around PHP 1.1 million. Townhouses, duplexes, and single-detached homes in Brgy. Kapitolyo on the other hand, are very popular among buyers, owing to the presence of a great number of hip restaurants.

For those who can afford more, however, houses in Valle Verde are a great option. These properties can command asking prices of up to PHP 64 million, but they are truly great investment options that promise hefty capital appreciation over the long run. This is the reason why houses in this village are highly sought after.