For Lease 2 Bedroom at The Grove by Rockwell C-5, Pasig City

Ortigas Avenue, Pasig
Citadines MilleniumThe new serviced residence offers balanced city living, and an ideal home base for business and leisure travellers who want to be at the center of it all. Located in the bustling business and commercial district of Ortiga...
₱ 55,000
1
Bedroom
1
Bath
70 m²
Floor area
View More Info Contact Agent
11

1BR Condo for Rent in Pasig Rockwell The Grove

2 Bedroom The Grove by Rockwell for rent

For Rent 2 Bedroom Bare with Parking at Portico Sandstone Pasig

For rent: Brand New Fully Furnished 2 Bedroom in The Grove by Rockwell

For Rent: 1 bedroom The Grove by Rockwell with garage 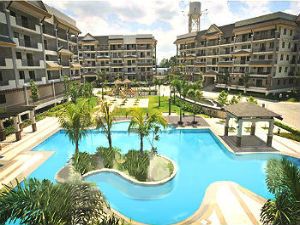 Whether in the past or in the present, the city of Pasig continues to be a key business area in the Philippines. The city originated from a small town that specialized in the production of fruit, rice, and sugarcane, as well as fish from the river is shares its name with.

While the city of today is larger and undoubtedly more modern, it remains deeply rooted in its past as an area of trade and commerce. The city is the location of the eastern section of the Ortigas Center, a financial and central business district (CBD) also situated on the boundaries Quezon City and Mandaluyong.

Work and Education in the City

The Pasig portion of Ortigas is home to many major companies, such as the headquarters of Union Bank of the Philippines, the Philippine office of the World Bank, and the second trading floor of the Philippine Stock Exchange. It is also the location of the majority of the city’s skyscrapers.

Apart from numerous offices and commercial establishments, the burgeoning business district of the city is also the location of several educational institutions. The most notable schools in the area include the Ateneo School of Medicine and Public Health, the University of Asia and the Pacific (UA&P), and AMA Computer College Pasig.

There are indeed plenty of avenues for making a living and receiving an education in the city, both in its CBD and in the areas surrounding it. Fortunately, there are also numerous residential options in and around the area to make working, learning, and living in the city easier to pursue.

Condo for Rent: Pasig and Its Many Options

Choosing a Pasig condo for rent is one of the better ways to live in the city. Most condos and apartments are strategically located in the city, providing easier access to key locations, as compared to houses situated in villages. The types are also diverse, providing options for those living alone and those living with their families, those looking to rent long-term, short-term, and even renting to own. 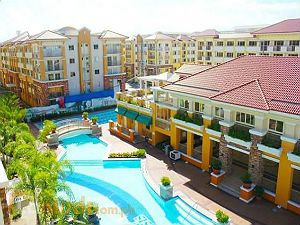 Condominiums in the city can roughly be divided into two types:

Monthly rental rates in flats within the Ortigas CBD may be higher, but as a result, tenants are close to many business, commercial, and lifestyle establishments. Prices range from PHP 600 to PHP 850 per square meter.

There are also other upcoming mixed-use developments that provide similar benefits to living in Ortigas. Capitol Commons, Portico, and The Grove by Rockwell are such to be taken note of.

These flats are smaller individual estates scattered across the city. They still boasts of amenities that are comparable to those of high-end properties, such as swimming pools, clubhouses, gyms, etc., yet they are generally more affordable. The monthly rent in these areas can go for as low as PHP 350 per square meter.