A. Sandoval Ave Pinagbuhatan, Pasig
Wake up to an abundance of joy, as Phinma Properties brings families their special abode in the city—Arezzo Place. Situated on the quieter side of Pasig, this f...
₱ 2,940,000
1
Bedrooms
1
Baths
30 m²
Floor area
View More Info Contact Agent
New Development
23

The Imperium at Capitol Commons, 3-Bedroom Unit (154 sqm) for Sale in Pasig City

Condominium for sale in Acacia Escalades located at Pasig City

2 Bedrooms fully furnished for sale near Ortigas Center and Eastwood

Empress at Capitol Commons, 1-Bedroom Unit (52A) for Sale in Pasig City

A City Signifying the Philippines’ Past and Present 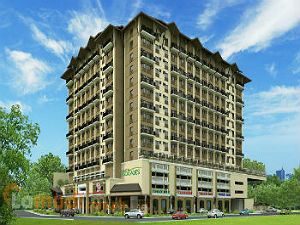 As one of the country’s oldest locations, the city of Pasig serves as a testament to the Philippines’ past and future. Officially founded by the Spaniards as a town in 1572, but in existence long before that, the city functioned primarily as rural settlement. Now, it is one of the most economically and commercially profitable city in the country.

The present city is mostly known for being the location of the eastern portion of the Ortigas Center, officially known as Barangay San Antonio. It is one of the most notable business districts in the country, and most of the city’s skyscrapers are situated here. It has the second highest income among the barangays in the Philippines after Barangay San Lorenzo in Makati.

Apart from the famed Ortigas Center, the city has other noteworthy areas. This includes the part where the C-5 Road cuts through, which is the location for commercial centers like Frontera Verde, Tiendesitas, Silver City, and SM Super Center Pasig. Where Shaw Boulevard and Meralco Avenue meet, one can find the newly minted Capitol Commons, a mixed-use project of retail, office, and luxury residential segments.

Aside from being the location of some of the country’s foremost commercial spots, the city is also a popular destination for education. It is home to a number of excellent exclusive institutions, such as the University of Asia and the Pacific, St. Paul College Pasig, and the Pasig branch of Arellano University. 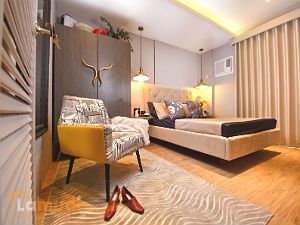 Condo for Sale: Pasig and the Life You Could Be Living

For a young professional or a newly married couple in Metro Manila, owning a house might not be within your financial capability just yet, making living in a condominium the more sound decision. By choosing a condo in the city, one would not only get to enjoy the latest urban amenities, but also live in convenient proximity to key locations in the capital.

There are numerous flats available on the market. One would think that the only option would be to rent a condo, but for an investment of only PHP 1.3 million, one can already be the proud owner of a one-bedroom unit featuring a total living area of 32 square meters located near the Pasig Market, Rosario, and Ortigas. For families, the Corinthian Executive Regency in Pasig features a three-bedroom condominium that is situated right in the Ortigas Center. It is currently on the market for only PHP 6 million.