A. Sandoval Ave Pinagbuhatan, Pasig
Wake up to an abundance of joy, as Phinma Properties brings families their special abode in the city—Arezzo Place. Situated on the quieter side of Pasig, this f...
₱ 3,000,000
1
Bedroom
1
Bath
30 m²
Floor area
View More Info Contact Agent
New Development
7

1-Bedroom Unit (52A) for Sale in Empress at Capitol Commons, Pasig City

2 Bedroom unit for sale Midrise condo in Pasig near Tiendesitas

2 Bedrooms Condo Unit in Pasig near Ortigas Center and Libis

Philippines, Pasig, East Ortigas Mansion Santa Lucia, Pasig
Are you renting for so long? stop wasting your money from renting but rather start owning your own property. we offer low down payment to move-in as low as Php...
₱ 4,263,300
2
Bedrooms
1
Bath
61 m²
Floor area
View More Info Contact Agent
24

Ugong, Pasig
To name a few of the establishments, it is near malls like SM Megamall, The Podium, Shangri-la Plaza Mall. Enjoy entertainment hubs and dining strips in Metrowa...
₱ 2,624,189
1
Bedroom
View More Info Contact Agent
10

FS: One Bedroom at The Grove (Huge)

3-Bedroom Bi-Level (58A) for Sale in Empress at Capitol Commons, Pasig City 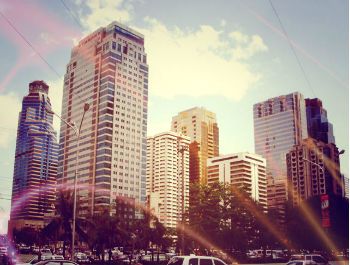 Pasig is one of the oldest cities in Metro Manila. With a total land area of approximately 18.71 square miles and a population of 669,773, it was created by the Augustinians in 1572, and used to be capital of the Rizal Province prior to the creation of the National Capital Region (NCR).

There are many beliefs as to where the name of the city came from. According to one theory, the name came from the old Sanskrit word “passid”, which means “sand” because of the precolonial communities that used to live by the sandy banks of the Pasig River. According to others, the Chinese inhabitants called the area “mabagsik”, which is translated as “terrifying” referring to the river current during the typhoon season. However, they pronounced the Tagalog word as “ma-pah-sik” later shortened to “pah-sik”. In 1573, Spanish colonials officially called it “Ciudad-Municipal de Pasig”.

Situated at the eastern part of the capital, Pasig City is home to the second largest business district in the country – the Ortigas Central Business District (CBD). Just like the Makati CBD, it holds numerous skyscrapers that house multinational companies, such as:

It is also the location of many well-known shopping centers and entertainment hubs: 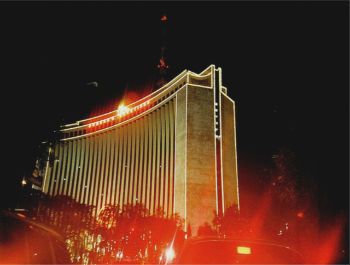 The western parts of the city are other warehouses and industrial factories, which make it a significant financial area. To the east are residential areas. Some of the most exclusive villages in the country can be found here. The Valle Verde Villages are where politicians, actors, and other notable personalities reside.

In the more recent years, more types of residential properties, such as condominiums and apartments are being constructed. Especially because of its proximity to commercial establishments, the city is not only a place for investors, but also for families and individuals.