Rent Your Private Office Space In Manila, One E-Com Pasay

For Rent 1 Bedroom At The Radiance Manila Bay

One Bedroom Near Mall Of Asia The Radiance Manila Bay

Office Space for rent in Pasay City near MOA

Premium Office Space for Lease in Pasay near MOA POGO are Welcome!

1br For Lease in BayShore C-1

A CITY OF FEASTS AND FESTIVALS

Amongst its many nicknames, the city of Pasay is also called the Festival Capital of Metro Manila. Encompassing a land area of 18.50 square miles and a total population of 392,869, this city is one of sixteen (16) districts that make up the National Capital Region (NCR). It may be the third smallest political subdivision in the capital, but it boasts of at least eleven (11) festivals. As one of the four original cities of Metro Manila, it comes as no surprise that it is the site of many traditional, as well as modern celebrations. Some of these events are as follows: 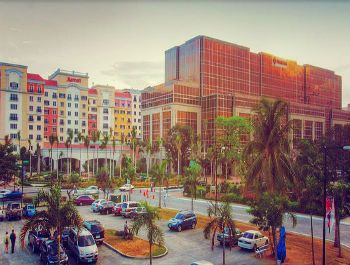 Perhaps the most important feature of the city is that is it the location of the Ninoy Aquino International Airport (NAIA). Although Terminal 1 is in Parañaque, the rest of the terminals are located here, making the city the gateway between the Philippines and the rest of the world.

Economically, the city not only serves the many tourists that are found here. 56.6% of the businesses located here are service-oriented industries that focus on general merchandising and retail, especially food-related ones. 16.5% and 9.0% are professional and utility services, respectively. The local government assures current and future investors through several offices.

The residents of Pasay City are not forgotten. The safety of their houses, condominiums, and other residential properties is being checked by an engineering office responsible for the adequacy of their structures. City planning is also a top priority to ensure that in a zone where commercial and residential are merged, residents are able to maintain a high and world-class quality of life.