House and lot For Sale in Pasay, Metro Manila House and Lot Warehouse for Sale in Pasay

House and Lot For Sale in Villamore Pasay

3 Bedroom, 2 story with 1 car garage near airport and mall

Old House and Lot with 2 Apartment for Sale in Pasay

Townhouse For Sale in Pasay

House and Lot for sale in Pasay City very near Edsa House and Lot with income for sale in Pasig City 8 BR RFO, House and Lot with swimming pool for sale in Greenwoods, Pasig

2 Storey Elegant House and Lot for Sale in Pasig-MD 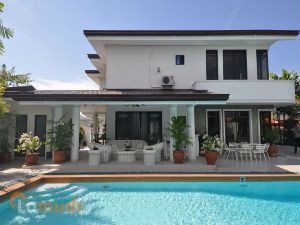 Pasay is the main gateway to the Philippines. As the home of the Ninoy Aquino International Airport (NAIA), it is the main point of entry to Metro Manila and to the rest of the country, with both foreign and local visitors passing through the airport gates. Many people who choose to settle down in a house and lot for sale in Pasay are those who travel often either for work or for pleasure and those who want to make the most of their free time.

The Philippines’ airline industry is based in Pasay. Philippine Airlines, the nation’s oldest airline and flag carrier, is headquartered at the PNB Financial Center along Macapagal Boulevard near CCP and World Trade Center Metro Manila. Cebu Pacific, the Philippines’ largest budget airline, is based along the Domestic Road, not far away from the NAIA Domestic Terminal. Smaller airlines and general aviation companies, as well as courier services and the Philippine Postal Corporation (PhilPost), have their main business operations in this city too.

House and Lot for Sale: Pasay Has a Lot to Offer

Pasay is also home to several residential villages, and because of this, many shopping malls, theaters, hotels, and other tourist-oriented facilities can also be found within or in proximity to the city. Besides busy professionals, many families also settle down in a house and lot for sale in Pasay because of the many interesting attractions nearby that provide tons of family-friendly entertainment.

The SM Mall of Asia Complex, which was built over reclaimed land from Manila Bay, has gained popularity not only as a shoppers’ paradise but also as a host to major events. The Mall of Asia Arena is the premier sports and entertainment venue in the country, which served as the venue of the 2017 Miss Universe beauty pageant. SMX Convention Center regularly hosts conventions, expositions, and other events.

Pasay is also the location of Resorts World Manila, an entertainment, leisure, and retail development that sits across NAIA Terminal III. One can also find Star City, one of the first amusement parks in the Philippines; the Philippine International Convention Center, built during the administration of President Ferdinand Marcos and still hosts conventions and other events; the World Trade Center Metro Manila, one of the largest exposition and convention centers in the country; and the Cultural Center of the Philippines (CCP), the cultural home of the country’s performing arts groups. 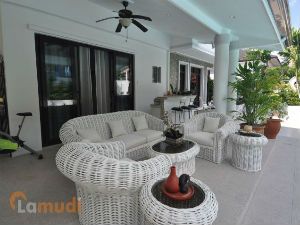 More than fun and leisure, there are well-respected academic institutions that are based in Pasay City. Among them include the Singapore School Manila, Manila Tytana College, and the San Juan de Dios Educational Foundation College. As the location of NAIA and the Villamor Air Base, the headquarters of the Philippine Air Force, the city is also the location of aviation schools with the Philippine State College of Aeronautics and PATTS College of Aeronautics being the two largest.

All of the above make a house and lot for sale in Pasay one of the most ideal places to permanently reside in Metro Manila. Real estate developers are keen on putting up more residential projects in the city. These and its proximity to basically everything that one needs and wants in a cosmopolitan surrounding make property investments in Pasay worthy undertaking.

For a house and lot for sale in Pasay, a townhouse on offer for only PHP 4.65 million is available, and its main selling point is that it is only five minutes from the SM Mall of Asia. For those who want to live closer to the main road for transportation conveniences, there is a house and lot for sale in Pasay near Epifanio de los Santos Avenue (EDSA) priced at PHP 4.65 million. For families with children who will be attending college soon, another property for sale is located near De La Salle University (DLSU) for only PHP 7 million. In this city, there will always be something for everyone.

Find Other Properties in Pasay