Brand New 1 Bedroom at The Breeze

Studio Condo with parking for sale at Palmtree Two Villas

The Parkside Villas, 1-Bedroom Unit with Balcony for Sale in Pasay City

Condo for Sale in the Vibrant Pasay City

Pasay City is a hub of condominium developments that are suitable for OFWs and Balikbayans.

Having a strategic location and modern infrastructures, Pasay is one of the most progressive and developed cities in the country. It is the third smallest district in the National Capital Region (NCR), more commonly known as Metro Manila with a land area of only 18.5 square kilometers and a population of 392,869.

The highly urbanized city carries much of the Philippines' rich cultural background as several legends surround its name origin. Some people say that it was named after "Princess Dayang-dayang Pasay" who used to rule the city while others say that it was labeled after a certain hacienda-owner's daughter named "Paz."

Getting to Know the City

Often referred to as the "Travel City of the Philippines", Pasay City showcases countless entertainment and recreation centers. Among these are the SM Mall of Asia, one of the largest shopping areas in Metro Manila, and Resorts World Manila, a world-class lifestyle and amusement complex.

The city highly upholds culture as it houses the Cultural Center of the Philippines (CCP) along Roxas Boulevard. It stands as a symbol of the country's heritage and national cultural development. The city is also known to be the gateway of the country because it houses the national airport, NAIA.

Several universities can be found in the city:

Major hospitals, on the other hand, include:

A condominium here therefore, would be a great investment not only because it is a lively and vibrant city of entertainment, but also because of its proximity to pretty much everything you will need for a well-rounded lifestyle: be it for education, leisure, health, or travel.

Why Buy a Condominium in Pasay City? 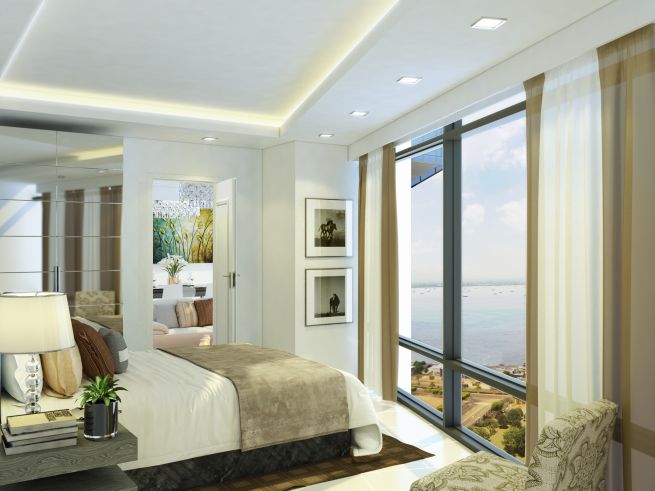 Pasay's status as the "Travel City of the Philippines" is due to it housing the Ninoy Aquino International Airport (NAIA), Metro Manila's main airport that serves several local and overseas flights every day.

In Lamudi's data for the 2020 Real Estate Sector Outlook, the presence of overseas interest for buying and renting properties in the Philippines is shown to be strong, probably due to many OFWs and balikbayans looking for houses or condo units to invest in when they get back home.

The same data also shows that condominiums are the top-searched property type when it comes to buying. This could be due to the fact that most condominium developments are situated in business and lifestyle districts, such as the condominiums located in the SM MoA Complex.

Pasay's condominiums for sale range from studio to three-bedroom unit types. Seekers may even choose a condo unit in low-rise, mid-rise, or high-rise developments, depending on the level of privacy and number of neighbors they prefer to have.

These condominiums are complete with resort-quality amenities, which is partly the reason for the relatively hefty prices. However, these condominiums are a worthy investment for OFWs and balikbayans for they are getting the most out of their money with their dream condo unit.

Likewise, the proximity of these condominiums to NAIA makes it easier and more convenient for OFWs and balikbayans who have just arrived to go to their condos to rest, unwind, and enjoy the new home they have in the Philippines.