House and lot For Rent in Parañaque, Metro Manila

Bayview Village - 2BR House for Rent with Parking near Pearl Plaza, and COD

Moonwalk, Parañaque
Nice 3 Bedrooms, SemiFurnished at Multinational Village for Lease Unit Description: 3 bedrooms, Semifurnished 4 bathrooms 280 sqm ready for move-in anytime Other features -Utilities (water and electricity for your own account) -Exclusive of monthly association dues (for your own account) -Post dated checks must be issued for remaining rentals -Residential/family use only; max of 4-5 occupants Inclusions: Brand new house and lot -3 bedrooms all located at the 2nd floor -3 CR (1 at the 1st floor; 2 at the 2nd floor) -1 car parking slot -2 window type aircon installed at 2 rooms -induction cooker -1 electric fan -wifi and telephone may be applied for upon request of the occupant (monthly fee for your own account) Note: As of now, the house is available for rent. However, for transparency, we want you to know that there’s a specific time of the day that the water supply inside the village is low. Thus, if you decide to rent my house, I will initiate the installation of overhead water tank. Construction may take up to 2-3weeks. At the same time, I will fix the garden area (bermuda grass) and laundry area (instllation of faucet and floor cementing). Viewing of the house can only be done during weekends and scheduled ahead of time. Thank you. Rental terms (renewable): 2months deposit 2months advance 10 Post dated Checks Php 60,000 monthly (Inclusive of Association Dues)
₱ 60,000
4
Bedrooms
280 m²
Floor area
300 m²
Land Size
View More Info
Contact Agent

The City on the Other Side of the Bay 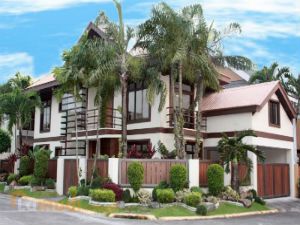 With its northeast end in close proximity to Manila Bay, Parañaque City’s early years were spent as a town where the Chinese, Indians, Indonesians, Japanese, and Malays mingled with the city locals to conduct all types of commercial trade. Livelihood that supported this trading industry included salt production, fishing, planting rice, and weaving.

The city is easily accessible through major thoroughfares, such as the South Luzon Expressway, the Manila–Cavite Expressway, and the Metro Manila Skyway, with the Ninoy Aquino International Airport (NAIA) Expressway still in the works. Its principal arterial roads are Dr. Santos Avenue, Roxas Boulevard, Doña Soledad Avenue, and Elpidio Quirino Avenue.

Like it was back then, the city today continues to be a center for trade and business. It is still well connected to its coastal roots with modest fishermen’s wharves situated in Barangay La Huerta, but constant developments to improve the city has also modernized its retail aspects.

Within the city, one will find the headquarters, factories, and warehouses of many local and international companies, ensuring a wealth of opportunities for job seekers. A few brands that can be found here are Mondelez International, TGP Pharma Inc., San Miguel Brewery Inc., Landco Pacific Corporation, Leslie Corporation, Zuellig Pharma Corporation, and Bestbrands Distribution Inc.

If not to make a living, others also stay in Parañaque because of its numerous educational institutions. The city is home to many schools and colleges with several specializing in particular academic and technical fields. These include internationally recognized academies like AMA Computer University and the Polytechnic University of the Philippines, as well as international early, primary, and secondary schools like the European International School and The King’s School Manila.

Recreation in the City

An international airport and popular lifestyle and leisure establishments are just some of the reasons why many choose the city as the place to live, work, or establish a business. There are many more commercial addresses abound. The city has five shopping malls—SM City Sucat, SM City Bicutan, SM City BF Parañaque, WalterMart Sucat, Pergola Lifestyle Mall—and countless standalone supermarkets.

In Parañaque, Wednesday is synonymous to Baclaran Day, which is when devotees flock the Baclaran Church to pay their respects. Another place of worship worth visiting is the Cathedral Parish of St. Andrew which, built in 1850, is the city’s oldest church and one of the oldest in the Philippines. For environmentalists who would like to feel close to nature without leaving the city, they can visit the Las Piñas-Parañaque Critical Habitat and Ecotourism Area, a 175-hectare wildlife sanctuary.

House for Rent: Paranaque and Its Options

Whichever the reason for living in the city, one does not have to resort to staying in a condominium like in other major areas in Metro Manila. Because it boasts of many subdivisions and residential developments, a house for sale in the city is an easy find. For those looking for something more temporary or affordable, there are just as many houses for rent in Paranaque. 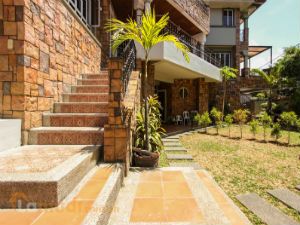 Founded by Banco Filipino’s Don Tomas Aguirre, BF Homes is perhaps the most well-known residential area, and this is not only because it is considered by many to be the largest subdivision in Asia. Running through this collection of gated subdivisions is Aguirre Street, which is the neighborhood’s gastronomic hub. Restaurants of all cuisines and budgets pepper the well-known path, making it a popular go-to for foodies at all hours of the day.

From a two-bedroom house that can be rented for only PHP 15,000 per month to a large five-bedroom leasable home for a monthly payment of PHP 250,000, one can easily find a house for rent in Paranaque that best matches the needs and wants of newlyweds, a family, or even friends who want to live together. Living in a Paranaque house for rent can accommodate all the requirements necessary for establishing one’s home.