KM. 16 West Service Road, South Luzon Express Way, Barangay Marcelo Green, Paranaque City, Metro Manila, Philippines Marcelo Green Village, Parañaque
A man made beach in the middle of the City is perfect place for relaxing and unwind with friends and family! Guaranteed lowest rental price in Azure with free parking as there is no charges for cleaning, electricity & etc. I made it affordable for everybody to experience. It is clean and well maintained by the Azure condo management Siglo. It is like a hotel with kitchen and kitchen utensils for basic cooking. It has one full sized queen bed and one double mattress to accommodate four persons. A unit in the 9th floor of Positano is perfect getaway for family and friends. The following are provided during check-in and all are clean; Duvet Filler, Duvet Cover, Flat Sheet, Blanket, Pillow Case, Bath Towels, Pool Towel, Hand Towel, Face Towel. Please note that the above linen provided is only for 2 persons but we allow 4 persons to stay. The kitchen have the following; Dinning set, Refrigerator, Microwave, Electric kettle, Pots/Pans, Plate set, Cutleries, Kitchen Towel, Glass Set, Coffe Mug, Utensils & Water Pitcher. Others; 24" LCD TV with HDMI connections, Cable, Wifi Internet, Telephone, Basic sound system w/ DVD player, Safety Deposit Box, Mirror, Hair Dryer, Iron, Iron Board, Wardrobe, Hangers, Sofa, Pillows, Accent Pillow, Bed Runner, Side Tables, Table Lamp & Air condition. Nearby Establishments: SM Bicutan, Festival Mall, Alabang Town Center, Magallanes Church. And also it is 10 mins drive to NIA Airport, 10 mins drive to Alabang, 10 mins drive to Makati. Brief Terms & Conditions; 1) Required one month deposit upon signing of the contract  2) Rental fee shall be paid in advance 3) All utility bills and monthly association dues shall be borne by the tenant. 4) Others term and condition to be detailed in the contracts. 5) One year Minimum Rental contract House Rules; 1) Strictly no smoking 2) No pets 3) Some Rules to be added in the contract.
₱ 13,800
1
Bedroom
1
Bath
32 m²
Floor area
View More Info
Contact Agent

San Dionisio, Parañaque
CHIC - SPACIOUS - LIFESTYLE - Central Location (Paranaque)    - Walking Distance SM Sucat    - Short drive to Aguirre Ave    - Close to NAIA Terminal 1,2, 4 - Newly Renovated - 24hr security A newly renovated and spacious one-bedroom condominium is ready for purchase or rental. Why not start 2021 in a new home. With its open planned living, well thought out layout and great location, it is ready to provide its new owners not only a property but a place they can call home for many years. From the open-concept kitchen, and open-layout dining family room to the large bedroom, there is plenty of room for the family to enjoy and create memories. This move-in ready condominium was recently renovated, including new paint throughout, updated flooring, new window screens, and updated plumbing in kitchen and bathroom. The kitchen is compact yet boasts lots of storage space to ensure your kitchen is less cluttered, making cooking and entertaining more pleasurable. The condominium and surrounds have many creature comforts that deliver those simple pleasures. The large window frames provide ample natural light and air flow to your home. The shared central pool makes a perfect get-away to help ease the daily stresses of life, turning your home into a paradise. And for those who like to stay fit and healthy there is a large in-house gym only for residents, as well as basketball and tennis courts on the premises. The property is centrally located to shopping outlets, night spots, restaurants, and NAIA airport. Within walking distance is SM Sucat, the perfect shopping venue to meet all life’s needs and necessities. A short drive or commute away is Aguirre Ave @ BF Homes, a renowned food hub that boasts some of the best night spots and restaurants in Southern Metro Manila, rivalling many other food locations such as Timog Ave, High Street and Burgos Circle just to name a few. And for those who love to travel or need a home with immediate access to the airport, then this property is absolutely perfect as it is literally minutes away from Terminal 1, 2 and 4 and Terminal 3 being approximately 20mins away (pending on traffic of course). And lastly for those looking for security and safety, you can feel greater ease knowing there is around the clock security for the building and grounds. Access is limited to residents and tenants only. Why wait, buy or rent this condo tomorrow! Contact us now for more details! *Please note: the appliances, furniture and air conditioning units pictured are not included in sale or rental of the property.
Contact agent for price
1
Bedroom
1
Bath
56 m²
Floor area
View More Info
Contact Agent

To the South of Metro Manila 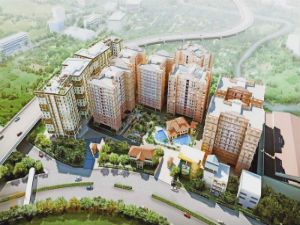 Originally a trading port along the shores of Manila Bay, the city of Parañaque continues to serve as one of the country’s major economic hubs. The city’s coastal area still functions as a commercial port, and this section, particularly Barangay La Huerta, also serves as the place of livelihood for over 500 fishermen. The area is also the location of Dampa, a popular seaside market with several restaurants serving fresh seafood.

Over the last few years, the city has seen its Bay Area develop tremendously. The area is now home to two billion-dollar integrated resorts, Solaire Resort & Casino and the City of Dreams of Manila, providing many employment opportunities to the city’s residents. Two more are scheduled to open over the next couple of years.

At the inner section of the city is the Ninoy Aquino International Airport (NAIA), the country’s main airport. As a result, the city a common destination for international visitors and people who frequently travel. NAIA however, not only serves as the gateway to the country, but it is also a historical site. On August 21 1983, prominent senator Benigno Aquino was assassinated, and this sparked the beginning of the first People Power Revolution.

Like most cities in Metro Manila, Parañaque is not to be outdone by Makati or Ortigas Center when it comes to retail centers. Many notable commercial facilities are located here, such as SM City Sucat, SM City Bicutan, and S&R Baclaran. One will not be left wanting when it comes to shopping for daily needs.

Condo for Rent: Paranaque and Its Rise

For the most part, Parañaque has had a reputation of being a city of subdivisions. The city has many residential districts, and has long been recognized as a place mainly for houses and apartments. Like most cities in the capital however, condominiums are experiencing a rise, as developers have begun trying to keep up with the increasing
need for housing. 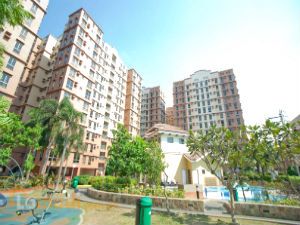 The city is a great place to live because it is highly developed and has many employment and leisure opportunities. Buying a flat may not be a possible option for everyone, so instead of settling on a property that is far from the places one needs to be, one can simply choose a Paranaque condo for rent.

The city has a lot to offer to would-be residents, and living in a flat is one of the better ways to maintain easy access to the city’s key districts. Most condo developments are already situated near commercial establishments and major streets, eliminating the need to travel far to get where one needs to go.

Young urban professionals living alone for the first time can opt to rent one-bedroom condos like the ones in Azure Urban Resort Residences. For only PHP 22,000 per month, the unit already features a host of top-notch amenities, the most popular of which is a man-made beach. Families looking for a place to call home will also find the city affordable. A monthly rent of PHP 33,000 can already provide a three-bedroom unit in Siena Park Residences.