Room for rent, close to SM Bicutan, Paranaque, near airport and BGC

Room for rent, close to SM Bicutan, Paranaque, near airport and BGC

Medium Capsule Room for Rent in Baclaran near MOA

Room for rent in Merville Paranaque (for male only)

For Rent: Room for Ladies at Multinational Village

Room for Rent near PATTS College of Aeronautics, Parañaque

Bedspace in B.F. Paranaque for Rent

Dorm Room in Sucat for Rent

The Lure of the South: Come and Live in Parañaque

Tagged as the Mega City by the Bay, Parañaque is considered as one of the most successful cities in Metro Manila not only because of its strategic location but also for its achievements. Parañaque, the third largest city in the National Capital Region (NCR) and is in the borders of other highly urbanized cities like Taguig and Pasay and the coastline of Manila Bay.

Awarded as the country’s most competitive city in terms of economic dynamism in 2014, the city enjoys thriving businesses in various industries. Just recently, the commercial and entertainment sector of Parañaque receives boost from the country’s top property developers, including Megaworld and Ayala Land. These companies are now investing billions in Parañaque, banking on its promise as the home of Metro Manila’s very first entertainment enclave. Other major players are also well on track on developing the city as a full-fledged business district.

Before being a rising center for trade, Parañaque is primarily a quiet and comfortable retreat to its many residents. They come home to close-knit neighborhoods, laid-back southern living, and the pride of Parañaque—an exciting and sumptuous list of foodie destinations. Likewise, many choose it because of its proximity to the Ninoy Aquino International Airport.

To complement the robust commerce in the city, the local government is doing its best to serve the area and its residents. One important achievement to note is the LGU’s drive against flood. The city’s local government has put in motion an effective flood control program that lessens the impact of typhoons and heavy rainfall. 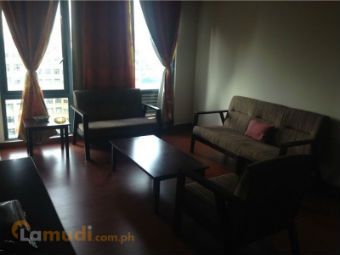 An Overview on Finding an Apartment in Paranaque

A myriad of private villages are situated around the City. These residential areas offer quality living spaces like townhouses, apartments, and house and lots. Houses for sale and apartments for rent in Paranaque are value-for-money properties and enticing to families who want a quiet but complete neighborhood for their children, or for young professionals who need good-quality houses near Metro Manila’s major business districts.

The city’s modern yet laidback lifestyle is a plus to its aspiring residents and leasers. Complete amenities and services for everyday needs are available and within reach, but the quiet and relaxed ambience of suburban living is maintained. The apartments for rent in Paranaque can meet the various requirements of people looking for apartments for rent. From simple apartments to fully furnished flats, one can enjoy southern living at a low price of PHP 15,000 a month to PHP 30,000. The amount depends upon the size and additional amenities provided, such as garages and subdivision amenities.