Lot for in Alabang, Muntinlupa City

For Sale! 461sqm Lot at Hillsborough Alabang in Muntinlupa City

Tunasan, Muntinlupa
Location! Location!  Now with access to and from Daan Hari!   This private, quiet, high-end residential subdivision in Muntinlupa has sparked renewed interest both from homeowners and investors. Recent developments in the past few years such as Evia Lifestyle Center, Landers, MCX, and talk of a possible direct exit to Daan Hari have resulted in an upswing in property prices which have been holding firm during the current pandemic. It is  a great buy whether you want to build your house now or as a long-term property investment for your family. Terms:  Cash Price stated is net of all taxes. Seller's account:  Brokers Commission, RPT up to the time of  signing of Deed of Absolute Sale, Association Dues up to the time of signing of DOAS and other fees as agreed. Bueyr's account: Capital Gains Tax, Documentary Stamp Tax on sale, Documentary Stamp Tax on mortgage (if applicable) ·Transfer Tax , Registration Fee , Assessor’s Fee, Capital Gains Tax on sale (if applicable) , Creditable Withholding Tax on sale (if applicable) , VAT (if applicable) , Business tax (if applicable) in some areas , preparation and notarization of sales document and other fees as agreed
₱ 16,559,000
571 m²
Land Size
View Info
Contact Agent

Alabang, Muntinlupa
* Sale shall be on "as is where is" basis.* All offers are subject to Management approval.* Availability of units and prices are subject to change without prior notice.* Misprints should not be construed as misrepresentation of the property.* Lease offers welcome for all condominium units listed except those under ""With Authority to Sell"". Please call for price.   For concerns, please visit your branch of account, call the Customer Contact Center or the BSP Financial Consumer Protection Department at (02) 708-7087. To learn more about our Consumer Assistance Management System, please visit www.bdo.com.ph/consumer-assistance. Lots
₱ 500,000
13 m²
Land Size
View Info
Contact Agent

Ayala Alabang, Muntinlupa
Regular 328 Sqm Inner Lot in Manila Southwoods Residential Estates. 16.5 KM from Ayala Alabang Muntinlupa City. Elevated Ground Ready for House Construction. Facing East  Experience the exclusivity within the slopes and greenery of Manila Southwoods  Golf and Country Club. Manila Southwoods Residential Estates is a 125-hectare upscale residential community with 2083 residential lots divided into Phases 1, 1A, 2, 3, and 4. Where Business meets Leisure What you would love about it: - No Theme For House Design - Exclusive Village inside around in GOLF COURSE area - With its OWN SLEX Exit - Not Congested - Eco-Friendly environment - Cool Place -High Elevated Place - Highly Secured, a Security guard on duty 24 hrs with CCTV on Street - With own Speed radar inside the Village - Lots ready for construction - HOA Fee is PHP 5/sqm - Utility is an individual application How do you feel about this Property??? Kindly fill up the contact form attached here, let me contact you via text message first then I'll call. We have very strict security, there are community stickers to identify the residence in this community. So for the access within, either you convoy with our car or we use our tripping vehicle for the unit viewing. I'm happy to help you learn more. Thank You and God Bless Catherine Flores Driven Marketing Group HLURB/DHSUD Licensed No 015728 Alabang, Muntinlupa, San Pedro, Binan, Santa Rosa, Laguna Direct Buyers Only
₱ 9,185,300
328 m²
Land Size
30/11/2021
Available From
View Info
Contact Agent

Alabang, Muntinlupa
Commercial Lot In Filinvest Corporate City Best Ideal for commercial used being located in Filinvest Corporate City whereBustling commercial spaces are vastly growing. Bounded by civic Drive andCentennial Road with more or less 40 meters and 12 meters frontage, >> Clean Title with complete documents.>> For Commercial building only. Hurry up reserve now, beat the price increase STRICTLY FOR DIRECT BUYER'S ONLY For Tripping and lot viewing, we are looking forward to assist you at your most convenient time. Simply call or/ text the numbers below and set an appointment so we can make an arrangement in advance. Note: For direct buyers only For Cash buyer let’s talk and avail our discounts.   Lot for sale - Commercial Lot In Filinvest Corporate City in Alabang, Muntinlupa
₱ 376,200,000
1254 m²
Land Size
14/05/2020
Available From
View Info
Contact Agent

A Metro City Rich in Waterways 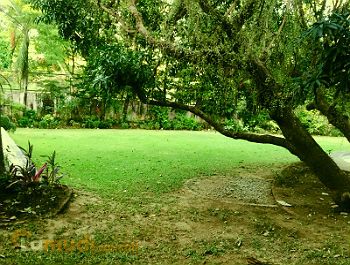 The southernmost city in Metro Manila, Muntinlupa is a lakeshore locale with its eastern side bordered by the Laguna de Bay. Situated right next to the country’s largest freshwater lake, the city also features 14 rivers that drain into the lake, giving the plain a substantial amount of groundwater. This makes the city’s plains rather suitable for the growth of rice, corn, crops, roots, and cogon grass. The significant amount of groundwater has also allowed a good number of the city’s residents the option of sourcing water from deep wells, something not as common in the rest of the capital.

It is one of the most desirable places to live in, with a number of high-profile personalities already calling the city’s Ayala Alabang Village home. The district is considered one of the country’s biggest and most expensive residential communities in the county and is indicative of the investment potential that the entire city has. The city is also doing well from a commercial standpoint, as exemplified by the emergence of lifestyle locations and retail centers like the Alabang Town Center and the Filinvest Corporate City, which rival the Bonifacio Global City in Taguig in terms of popularity. 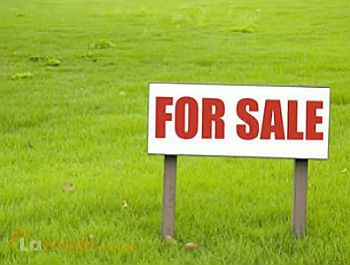 Lot for Sale: Muntinlupa Is Developing

The city also has plenty of options for either a commercial and industrial lot for sale in Muntinlupa. In Madrigal Business Park, a six-hectare lot is priced around Php 3,000,000,000. Buying a lot in this location offers so much business potential, especially because real estate in the south of the Metro is booming thanks to the many infrastructure projects in the area. One can expect that it will sooner or later reach the same or similar status as Makati.

Is there a lot for sale in Muntinlupa near Alabang Town Center?

Is there a residential lot for sale in Muntinlupa?

Is there a large lot for sale in Muntinlupa bigger than 1,000 square meters?

Yes, there are 115 large lots for sale in Muntinlupa bigger than 1,000 square meters. Sprawling lots like these can accommodate any large structure, from a retail complex to a warehouse.