House and lot For Rent in Muntinlupa, Metro Manila

Modern, 4-Bedroom House with Pool for Rent in Ayala Southvale

For Rent 3 bedroom house and lot in Ayala Alabang

Remove Your Misconceptions about This City 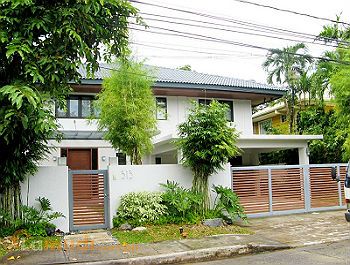 At one point in time, Muntinlupa was mostly known for being the location of the New Bilibid Prison, the country’s national penitentiary. However, the city has since been able to successfully shed its “Munti” image, and is now recognized as being a lot more than a destination for the nation’s incarcerated inmates.

A popular retail haven, the city is where some of the country’s most well-known shopping centers can be found. Alabang Town Center features numerous high-end boutiques from Calvin Klein to Philip Stein, the Festival Supermall is known as the first theme mall in the country, and Starmall Alabang is the city’s first community shopping mall.

While Muntinlupa thrives on retail and commercialism, the city still remains highly environmentally conscious. It is the first place in the country to impose a complete ban on the use of plastic and Styrofoam for packaging.

One of Muntinlupa’s claims to fame is the Ayala Alabang Village, one of the country’s largest and most expensive residential communities. Many of the Philippines’ wealthiest and most influential call this village their home—12th President of the Philippines Fidel V. Ramos, award-winning actor Aga Mulach, and founder of El Shaddai Bro. Mike Velarde, just to name a few. The village is part of the larger Alabang Barangay, which is the location of the previously mentioned Alabang Town Center, the El Molito Commercial Complex, and the Madrigal Business Park.

However, the city is not only about Alabang. There are numerous residential areas in Tunasan, Poblacion, Putatan, Bayanan, Cupang, and Sucat where a house for rent in Muntinlupa can be found. The city is significantly less dense than the other major cities of Metro Manila, allowing residents to live in the type of home that is most suited to their needs and preferences.

Being an environmentally mindful city with spacious residential properties, the city all but assures its residents surroundings, which contributes to their well-being. In addition, the city presently has 18 health centers, 1 public hospital, and 8 private hospitals. Those who live here are definitely assured of having the best opportunity to live with the soundest of mind and body.

The comparatively slower pace in the city as compared to the other cities in the National Capital Region also makes Muntinlupa an ideal place to raise children. Apart from the idyllic family setting, the city is also ideal for the development of young men and women thanks to its vast educational system.

House For Rent: Muntinlupa for One’s Self and Family 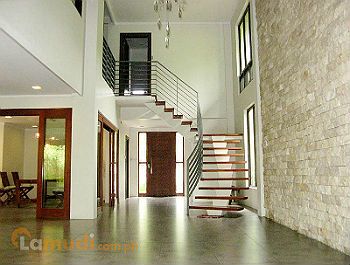 When it comes to a house for rent Muntinlupa has more gated communities or subdivisions than Makati, Pasig, or Mandaluyong. This makes the city a choice location for many who are looking for spacious yet affordable homes, especially for those who work in the nearby Filinvest City.

For as low as PHP 25,000 per month, one can already live in a house that features two of everything: two bedrooms, two bathrooms, and a two-car garage. For those with more money to spare, Ayala Alabang Village offers plenty of options as well. Rent here start at PHP 60,000 per month for a three-bedroom bungalow. A five-bedroom house on a 1,000 square meter lot would cost around PHP 210,000 per month.

The city offers the best of both worlds. There are many safe and tranquil suburban communities for a house for rent in Muntinlupa of every size, style, and budget. It is understandable if one were to sometimes forget that they were living in one of Metro Manila’s major locations, as the city is comparatively more serene than its neighbors. The city’s location, however, still offers the convenience of being close to the capital’s most exciting lifestyle and leisure spots, furthering its case as the ideal place to live for residents with the energy of a career urbanite, but with the sensibilities of a suburban family man or woman.