House and lot For Sale in Muntinlupa, Metro Manila

For Sale: House and Lot in Ayala Alabang Village

Single Detached House and Lot for Sale in Amore at Portofino

Ayala Alabang, Muntinlupa
Amore of Portofino is the newest of all Portofino enclaves. Designed to satisfy people of the highest standards and exquisite taste in real estate, it adheres with the same level of excellence and quality as the other Italian House and Lot properties that Portofino offers, but now at a slightly more affordable price range. Starting at 8.3M. your dream home may now be within your reach.
₱ 24,247,000
4
Bedrooms
211 m²
Land Size
View More Info
Contact Agent

Ayala Alabang, Muntinlupa
House and Lot For Sale in Ayala Alabang Village, Muntinlupa City A Classic Contemporary House and Lot For Sale in Ayala Alabang Village, Muntinlupa City. The property is located at a corner lot, situated in a quiet location. It has a swimming pool, office, Den, a garden, 2 living rooms, separated maids and driver’s room, and a spacious parking that can fit 7 cars. Narra flooring at the second level, and stone cladded walls at the ground floor. It has a Lanai with a built in Bar, to entertain guest during parties. Over all it’s a good investment, for a property that will appreciate in value. 4 Bedrooms plus an + 1 more room (office with its own toilet and bath) 4 Toilet and Bath Lot Area: 1085 sqm Floor Area: 750 sqm Asking Price: P180M
₱ 180,000,000
4
Bedrooms
750 m²
Floor area
1085 m²
Land Size
View More Info
Contact Agent

RFO Townhouse for Sale in Muntinlupa

Ayala Alabang, Muntinlupa
House and Lot For Sale in Ayala Alabang Village, Muntinlupa City The property is near distance to Rustan’s and Starbucks, its also located in a quiet part of the village fronting the park. The masters has a walk in closet, it has a Den and a solar heater on the roof. It also has a pantry and two storage rooms, with maids and driver’s room.    Lot area: 475 sqm Floor area: 463 sqm 5 car garage 4 Bedrooms 4 Toilet and Bath  Asking P95M
₱ 95,000,000
4
Bedrooms
463 m²
Floor area
475 m²
Land Size
View More Info
Contact Agent

Philippines, Muntinlupa, New Alabang Village, Daang Hari Ayala Alabang, Muntinlupa
Ready for Occupancy, 3 Bedrooms House and Lot, with Attic and Balcony, Bare Unit, Walking Distance from the Entrance Gate and to the Clubhouse This bare unit house and lot in Alabang West awaits the new owner, the opportunity and freedom to design the interior of the house and express themselves. This functional yet unique idea sets a different level of independence. The lifestyle fit for the rich and famous What you would love about this community: - underground facilities, the familiar mess of gas line pipe lines and electricity cables are neatly tucked away underground, not just keeping the view clear and bright but also its much safer. - gated community, were your security is of utmost important; the community has a 3 m high electric fence. - gate is manned 24/7, CCTV cameras monitor communal areas. - strict logs and record of all individuals entering and leaving the community are kept privately. - working together with the city sanitary department. Ensuring your garbage will be collected daily by a local collector, maintaining the cleanliness of the neighborhood all year round. - 5 fiber optic routers fitted underground, providing residence of wireless high speed internet without disturbing the scenery of the community - Stalls and racks of the best high-end and luxurious brands right outside the village Pattering the Beverly Hills famous Rodeo Dr..  Unit Details: Blk 25 Lot 26 Lot Area 316 Sqm Floor Area 491 Sqm Total Contract Price Php 50,182,000 Reservation fee  Php 100,000 30% Monthly Amortization Php 418,183.33/mo for 36th months 70% Bank Financing on the 37th month Php 35,027,400 For Spot Cash Buyer Only Php 45,063,800  Property are subject to confirmation and availability*** ***Final computation will be provided by the developer*** How do you feel about this Property??? Kindly fill-up the contact form attached here, then I will contact you via text message first then i'll call.. We have a very strict security,their is a community sticker's to identity the residence in this community. So for the access within either you convoy with our car or we use our tripping vehicle for the unit viewing. I'll be happy to help you learn more. Thank you and God Bless  Catherine Flores Driven Marketing Group HLURB Licensed No 015728 Alabang, Muntinlupa, San Pedro, Binan, Santa Rosa, Laguna
₱ 50,182,000
3
Bedrooms
491 m²
Floor area
316 m²
Land Size
View More Info
Contact Agent

Single Attached House and Lot for Sale in Portofino

Alabang, Muntinlupa
Step into Italian-inspired masterpieces of grand proportions that exude classic Old World charm in every aspect of its design. At the heart of most homes is a distinctive courtyard that allows you to enjoy the comfort and elegance of your haven amidst the bustling city life. Portofino's grand outdoor living spaces complement its private courtyard areas apparent from the street, with balanced color capturing true Italian styling. Portofino's attention comes second to none as sophisticated Italian architectural details such as cupolas, cobblestone pathways, gabled roofs, and pocket gardens draw the beauty of landscape and light. Surrounded by rustic touches of meticulously crafted landscapes and streetlamps, Portofino brings you closer to your ultimate dream home.
₱ 28,880,000
3
Bedrooms
211 m²
Land Size
View More Info
Contact Agent

The Gorgeous 3 Bedroom House with Maid's Room in Metropolis

A City on the Rise 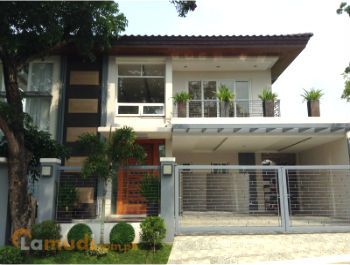 Muntinlupa is the southernmost city in the National Capital Region. At one point, it was just infamously known as the location of the Philippines’ insular penitentiary, the New Bilibid Prison. Time, however, has allowed “Munti” to no longer be synonymous with where the nation’s most dangerous criminals are incarcerated as it continues to establish itself as one of the most progressive cities in the country.

Thanks to a development boom that the city began to experience in the early 1990s, the city has slowly evolved into what many consider a “supercity”. It is host to a myriad of new residential, business, commercial, and industrial developments. Notable landmarks and places of interest in the city include the Alabang Town Center, the Madrigal Business Park, and the Filivest Corporate City, among others.

In recent years, other developers have unveiled their own projects in Muntinlupa, including Ayala Land’s South Park District and Vista Land’s Portofino Alabang. There will soon be more real estate developments available in the city.

Investing a Home in the Emerald City of the Philippines

Apart from being home to some of the best commercial establishments in the Metro, Muntinlupa is also the location of the Ayala Alabang Village, one of the country’s biggest residential communities. Many of the nation’s wealthiest and most famous personalities call this subdivision home. Among Ayala Alabang’s high-profile residents include former president Fidel V. Ramos and wellness guru Cory Quirino.

While widely known for being the location of the nation’s most expensive residential community, the city offers more than just properties at premiere prices. All types of properties are on the market. Most are in highly livable locations that provide adequate access to the city’s major schools and commercial districts. 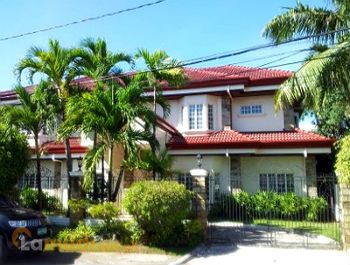 interested buyers should purchase or rent to own houses in Muntinlupa now or in the near future.

House for Sale in Muntinlupa

Like most highly urban areas, there are a good number of condominiums for sale in the city. However, unlike the other cities in the Metro, Muntinlupa is significantly less populated, allowing for more house and lots to be available on the market.

Such properties include three-bedroom townhouses at Primavera Villas, which can cost only PHP 2 million. Those with more to spare can opt for a bigger homes  in the previously mentioned Ayala Alabang Village with five bedrooms, five bathrooms, and its own staff house.

Finding a house and lot for sale in Muntinlupa city at this time is relatively easy, as many are currently available on the market. It is only a matter of time before the properties invested on now becomes substantially worth more, thanks in part to the continued rise of the city from a locale associated with a prison to that of a thriving residential and commercial city.