2 Bedroom For Rent in Bristol at Parkway Place Alabang

1 Bedroom For Rent in Bristol at Parkway Place, Alabang

2-Bedroom DMCI Condo near Alabang for rent in Muntinlupa City

Alabang, Muntinlupa
Fully furnished Studio unit with Parking Slot in Vivere Hotel & Resorts in Filinvest Corporate City. As resident of the Hotel you will have access to business facilities and recreational amenities of the Hotel available for both business and leisure travelers. Enjoy the scenic view of Laguna de Bay and Metropolis and good taste of food and nice music in the 31st Floor of the Hotel. Condotel Unit with Parking Slot in Filinvest City, Muntinlupa
₱ 44,000
1
Bedroom
1
Bath
35 m²
Floor area
View Info
Contact Agent 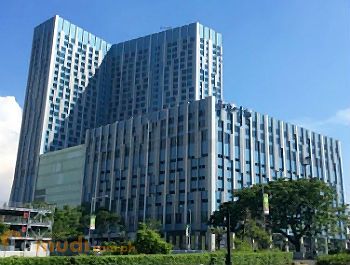 The southernmost city of Metro Manila, Muntinlupa is steadily emerging as a highly sought after commercial and residential location. The establishment of areas like Filinvest Corporate City and Madrigal Business Park continues to be instrumental in its progress.

While the city is still the home of the New Bilibid Prison, its rapid development has allowed it to grow beyond its image as a mere location of the state penitentiary. It continues to experience an influx of investment from both local and international businesses, and is currently one of the Philippine’s most recognized retail destinations. Notable commercial spots in the city include Alabang Town Center, the Festival Supermall, and Starmall Alabang.

The Growth Area of the South

Muntinlupa is famous for being the location of the Ayala Alabang Village, which is part of the larger Barangay Ayala Alabang, one of the country’s biggest and most elite residential communities. While it is the most popular area in the city, it is hardly the only place where one can experience the utmost in urban living.

Other notable places featuring ongoing or recently completed developments include Alabang Hills Subdivision and Hillsborough Subdivision. There are several other 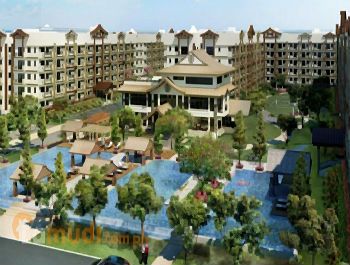 neighborhoods with many apartments and houses that are currently increasing in value as the city is expected to become one of the region’s highly desired real estate investment locations. Studies conducted in 2014 have indicated that properties in Muntinlupa, as part of the “Southern Manila West Growth Area”, are expected to increase in capital value in the next four years or so.

While everyone wants to have property that they can call their own, buying a condominium or a house may not always be an immediately available option. Choosing to rent a condo in Muntinlupa however, can be a step towards establishing one’s roots in the Metro, while anticipating the time when a home can be purchased.

There are numerous units currently available on the market. For those living alone, a one-bedroom unit can be rented for only PHP 9,000 per month at the Presidio Lakefront in Sucat. The flat is part of a 60-hectare development that is located near commercial establishments like Jollibee and Puregold. For families in need of a little more room, there are several two- or three-bedroom condos, such as a two-bedroom unit at Rhapsody Residences being leased for only PHP 30,000 per month.